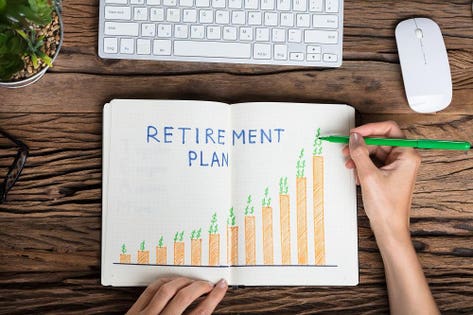 Here’s why they are related

The financial advice industry is known for having strong opinions.  Politics is like that too.  Especially these days.  To be clear, this is NOT a political commentary.  I direct you to a zillion other locations on the internet for that.

Likewise, it seems to me that people within 10 years either side of retirement (hoping to retire within 10 years or retired within the last 10 years) are bombarded with confident (dare I say arrogant?) opinions from my industry.  Whether it is the future direction of the stock market, the economy, political winds, etc., it is a lot to take in.  And now, impeachment of a U.S. President is top of the news.  What should we make of that?

If you are right-leaning politically, you think impeachment is a hoax, or at least over-hyped.  If you are left-leaning, you think its about time, and that it needs to happen.  And, naturally, there are plenty of folks in the middle.  I don’t care about any of that here and now.  What I care about is what you should as well.  Specifically, to size up the potential impact on your retirement lifestyle of whatever happens.

This is not just an attitude I possess about impeachment, or politics in general.  And, I am not a bull or a bear on markets.  I am realist, and a historian of sorts. More than anything, I am determined to strike a balance.  That balance is between the potential pursuit of growth and income (a.k.a. the good stuff) and the realistic risk of major loss in value (the bad stuff).  The latter is what can ruin all the work you have done for decades to set yourself up to retire as you wish.  So, with impeachment as the news topic de jour, here is my take on striking that balance.  It is more deductive reasoning than shouting at whoever disagrees with me.  I hope you find that refreshing.

I will skip over the impeachment of Andrew Johnson. If you don’t remember, he was the one who reluctantly replaced Abraham Lincoln after the tragic assassination of our 16th President. Markets are just a bit different today, so we’ll ignore what happened then.

The impeachment of Richard Nixon is known today as a case of a crime and a cover up. The latter is what did the damage. Back then, we had a functioning U.S. Congress. So once the information became available about what had actually happened, the process was followed, and Nixon resigned before he could be convicted. Gerald Ford became U.S. President, and the country slowly recovered from the psychological impact.

The markets were roiled from that, and the threatening economic conditions that preceded it. The result was one of the worst stock bear markets in recorded history, from 1973-1974. Interest rates were much higher then, as was inflation. Still, I would say that one of the key long-term retirement cushions of that era does not exist today.

Naturally, a lot happened in between. But, my point is that if you are setting up for a long-term use of all the wealth you accumulated over decades, you can’t just do it in a “pot-shot” manner. It’s not impeachment, though that is one of many factors that can impact market psychology and confidence.

And that, after all, is what takes modest market moves in both directions, and turns them into major ones. So, we can’t ignore impeachment, but we do have to account for it.

A short list of “must care abouts” for retirees

Here is where your focus should be right now:

I cringe whenever I see a buy and hold portfolio for a retiree or someone nearing retirement. I love the concept of buy and hold. But the current times make it many times riskier for those in the waning years of the primary career.

There is currently a unique combination at work to threaten retirees. We have an extended bull market on the back of cheap-money policies that have not been addressed, much less resolved. And the mountain of debt at the government, corporate and consumer levels that exists today is potentially toxic to the wealth of those in the retirement/pre-retirement phase.

Business is cyclical, so are markets. The old recency effect is your enemy. That is, don’t let recent strong returns in the stock market blind you to the reality that its easy to give it back. I think that many investors would benefit from learning more about hedging strategies, and about tactical approaches to equity investing. There are plenty out there, but they tend to get drowned out by the “set it and forget it” machine that is today’s financial advisory business.

Turning the impeachment era into action

What I have done in this article is to help you identify the opportunities and threats to your accumulated wealth. Nothing here is a forecast. Instead, it is a call to action. Get more sensitized and less complacent. Or, if none of this balancing act mantra I speak of is new to you, congratulations! You are in good position to weather whatever investment climate results from impeachment and anything else that comes along.

Teaching Tax Law Critically And The Earned Income Tax Credit
Almost half of Americans think we’re already in a recession. Here’s how to prepare if they’re right
Oscar-nominated ‘Everything Everywhere All At Once’ features an IRS ordeal, but here’s what really happens in an audit, according to tax pros
92% of millennial homebuyers say inflation has impacted their purchase plans, but most are plowing ahead anyway, study shows
How To Save Your Retirement Plans From Falling Apart