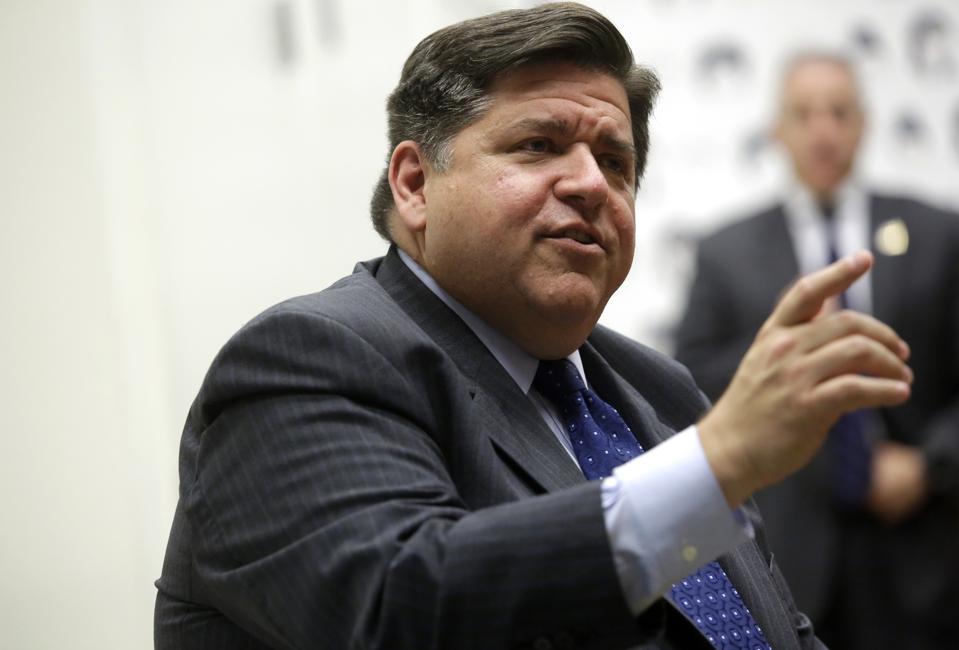 Yesterday, Illinois Gov. JB Pritzker’s task force released its report proposing consolidation of the states’ police and fire pension funds, which at present are managed individually by the municipalities and fire protection districts which employ these workers, some 650 in total, and which are collectively funded at a level of 58% – larger than the police and fire pension funds for the City of Chicago, which are funded at levels of 22% and 17%, respectively, but still well below where they should be.

Over a 10-year period, the task force reported, these various pension funds achieved an average asset return of 5.61%; in contrast, the Illinois State Board of Investment and the Illinois Municipal Retirement Fund (in which municipal employees’ pension assets are already managed in a consolidated fashion) returned 6.73% and 7.62%, respectively, because of the economies of scale and the wider range of asset classes available to them. Had suburban and downstate police and fire plans earned this higher rate of return, it would have been the equivalent to either $160 or $288 million more per year in their funds.

Now, actuary Mary Pat Campbell points out that the data the report uses for its comparisons, returns from 2004 – 2013, looks a bit odd, and there is no explanation for why they have chosen to exclude more recent years of data. She also points out that the task force proposed managing the assets in consolidated funds but proposed no changes in administering benefits, and that there’s some messy, Illinois-level politics behind this.

But in the midst of all this discussion is a recommendation I did not expect:

“The Task Force also recognizes that there are some unique Tier 2 benefit issues that are particular to the work of first responders. Among the many changes to the pension plans for state and local government employees hired since 2011, Tier 2 members receive a substantially smaller benefit relative to Tier 1 members (those hired before 2011) and experience a pensionable salary cap that grows at a slower rate. While advantageous to the long-term financial health of the pension systems, these changes have received criticism from Tier 2 members as creating inequity in comparison to Tier 1 members. There have also been significant concerns that the slower Tier 2 pensionable salary cap growth and revised final average salary calculation will be in violation of the “safe harbor” standard of the Internal Revenue Code and Social Security Administration. Some state, county, and municipal employees covered by a public pension plan are not required to pay into the Social Security system; this includes teachers and almost all public safety personnel in Illinois, among others. Generally, the “safe harbor” standard requires that those employees exempted from Social Security receive a retirement benefit from their public pension plan that is at least equal to the benefit they would receive under Social Security, in order to continue being exempted from the program. If the benefits do not wind up being at least equal to that of Social Security, the state and local governments will have to either bring up the level of Tier 2 benefits to meet Social Security, or enroll Tier 2 employees in Social Security and pay the associated contributions retroactively. The annual cost of delaying this safe harbor fix to Tier 2 first responders is substantial, as it compresses great liabilities into a shorter timeframe to be paid down” (emphasis mine).

Recognizing this, the task force recommendation is for a fix that, among other changes,

“increas[es] the pensionable salary cap growth (since the enactment of Tier 2 in 2011) from the current lesser of one-half the Consumer Price Index (CPI-U) or 3%, to the lesser of CPI-U or 3%.”

And the task force concludes,

“On average and over a five-year period, the recommended fixes to Tier 2 benefits are estimated to offset between $70 and $95 million of the $820 million to $2.5 billion (3-9%) in investment return gains, and avoids a potential and costly safe harbor violation.”

Now, the scope of this task force was merely the police and fire pensions, but the Tier 2 pay cap and other benefit cuts affect all state and local workers, and the situation is worst for the Tier 2 teachers, whose benefits are of less value due to their 10-year vesting and the age 67 retirement.

As I shared earlier, these pension reforms were passed by legislators without input from actuaries, and, handicapped by the restrictions on changes for current employees, were too determined to wring savings from newly hired employees. The state of Illinois, in addition to sorely-needed reform of existing benefits, will need to unwind some of these reforms, or, better yet, implement a wholly-new system for the current Tier 2 and new employees, one that ensures adequate retirement provision at affordable cost for the state and local government through participation in Social Security and risk-sharing elements in the plan design itself.

In other words: I TOLD YOU SO.

As always, you’re invited to share your comments at JaneTheActuary.com!

Areas Most At Risk Of Hurricane-Force Wind And Storm Surge Damage
Gimmicky Giveaways Will Only Make Inflation Worse
A Federal Gas Tax Holiday Is A Terrible Idea
After the impact Covid-19, most women see money as a tool to effect change, survey shows
Polestar becomes latest electric vehicle maker to go public via SPAC merger