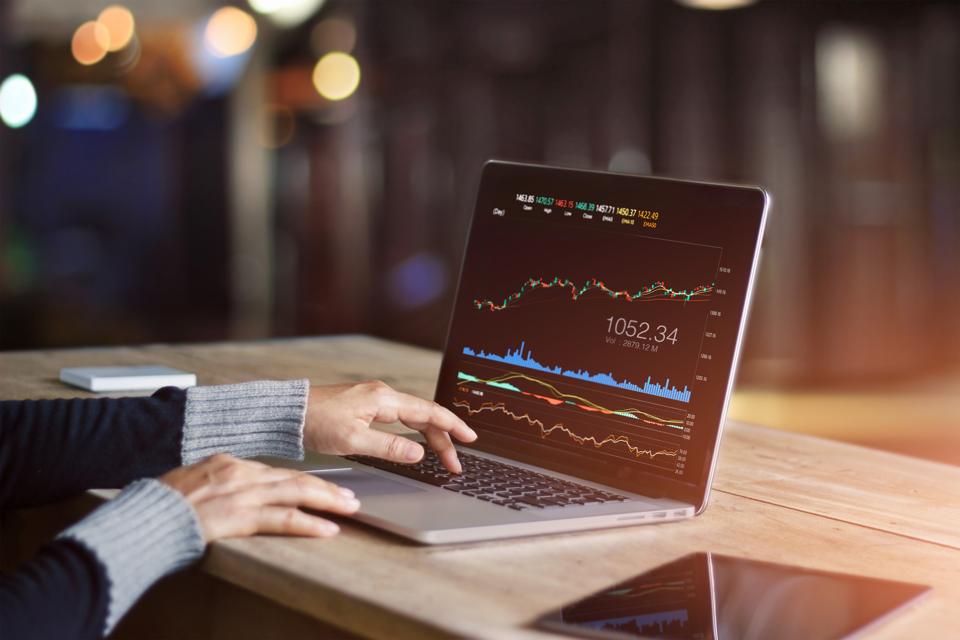 Do you know if your retirement portfolio is overexposed to growth stocks?

Over the last decade, growth stocks have performed significantly better than value stocks. Over the past year, however, it appears the pendulum has swung to favor value stocks and recent data suggests the trend is accelerating.

Does this portend the turning of the tide from growth to value? And what might that turning tide mean to investors, especially retirement savers who are in it for the long haul?

To consider this, it helps to understand what motivates professional investors towards these two competing investment philosophies.

“Value stocks trade at a lower price relative to their fundamentals,” says Marko Dedovic, Chief Operating Officer at Threadvest in New York City. “While their fundamentals are strong, the price is trading below their historical levels and this could be for various reasons. Either there was a problem in a company, the sector may have fallen out of favor, etc… The idea behind investing in value is that fundamentals are strong and the market will realize a full potential of these companies at some point and they will have high appreciation.”

On the other hand, the growth discipline looks not at the current financials in relation to the past. Instead, it uses the current data and extrapolates it into the future.

“Growth stocks are stocks with relatively high earnings and sales growth,” says Matthew C. Lui, Vice President, Investment Research at Canterbury Consulting in Irvine, California. “They tend to generate lower net income and pay fewer dividends as revenues are reinvested into capital expenditures for future growth. Thus, they generally have high P/E ratios and low dividend yields. Growth investors are willing to pay higher prices for these stocks for the prospect of even greater returns in the future.”

Given that each style emphasizes different factors, you would be correct to assume different economic environments tend to favor one style over the other.

With this in mind, it makes sense that as the economy swings back and forth, so too does the relative performance of growth and value stocks.

“Growth and value are usually cyclical,” says Dedovic. “Historically, growth stocks have done better in bull markets when companies’ earnings are rising. When the economy starts cooling and there is less expected earnings growth the high valuation of growth stocks gets ‘punished’ and they cool off. Value stocks usually do well in early stages in economic recovery and during periods of weak economic growth, but lag during bull markets as investors seek more ‘exciting’ industries with higher earnings growth potential.”

As the graph below shows, this is precisely what you’ll find in the relative performance between growth and value. During the “Roaring 90s,” growth stocks, as depicted by the Vanguard Growth Index Fund Institutional Shares (VIGIX), dramatically outperformed its value equivalent, represented by the Vanguard Value Index Fund Institutional Shares (VIVIX).

When the economy reversed itself in the first ten years of the new millennium, value performed much better than growth. Incidentally, this period is often referred to as “The Lost Decade” because the market was essentially flat for the entire period.

The most recent decade, and the last few years in particular, has featured an expanding economy, fueling growth in the stock market overall and growth stocks in particular. Despite all the headlines, the difference is not as dramatic as it was in the 1990s.

Overweighting the importance of the most recent returns can cause you to fall victim to the “Snapshot-in-Time” anomaly.

“Although growth stocks have been in favor over the past decade returning an annual return of 16.3% compared to value stocks at 12.9%,” says Mark R. Morley of RJ Cloud Advisors and Company in Tulsa, Oklahoma, “the question should be ‘is it time to change investment philosophy based on recent data and maybe even embrace market timing into and out of different market cap weighted stocks or funds.’ In order to get a full picture of value vs. growth stocks it would do an investor good to look at historical data and not rely on recency bias. While growth stocks have returned 16.3% over the past decade, their historical return dating back to 1926 is 9.7% and is probably a better indicator of future returns. Value stocks over the past decade have returned 12.9% but their historical return dating back to 1926 has been 12.7%, or a 3% premium over Growth stocks.”

Investors do have to make a decision regarding where to put their money. Being herd animals, they tend to follow the crowd. When this happens—when the herd picks one style over the other—the neglected style tends to lag in performance.

“Today, value stocks are trading at historically low valuations versus their growth peers,” says Kevin Barr, Head of SEI’s Investment Management Unit in Oaks, Pennsylvania. “This makes them attractive. While it doesn’t guarantee the timing of potential outperformance, it provides a logical reason to invest in them. Performance and valuation aside, the tenets of diversification remain intact. It is impossible to say with complete certainty which asset class will outperform in a given period. Accordingly, value stocks should continue to have a place in a diversified portfolio.”

Truth be told, there hasn’t been much practical difference between the two styles in recent history. Indeed, looking at the hypothetical returns in both Vanguard index funds demonstrates this. If you would have invested $10,000 in each fund in November 1992 when the funds started, you’re two holdings would be fairly close in value ($123,000 for the growth index and $115,000 for the value index as of September 30, 2019).

“If your investment time horizon is, say, 30 years, it probably does not matter which investment style you use. Both will likely lead to a similar result albeit by very different routes along the way,” says Matthew Eads, Vice President of Eads & Heald Wealth Management in Atlanta, Georgia.

Still, knowing the make up of your underlying investments can help you understand where you may be headed. Just don’t let it trick you into making knee-jerk responses.

“It is important to know what you are invested in and why so that you are more likely to stick with your long-term plan for investing,” says Trumbower. “Ideally, you should not be jumping into growth when it performs well, and dumping value when it isn’t doing so well. Market timing is not a successful strategy to build long term wealth.”

This is where the recency bias can harm you. You can, however, profit from your realization that others may fall victim to it.

“Bear in mind investors tend to ‘fight the last battle’ and invest through the rearview mirror,” says Eads. “There will not be a neat instantaneous division between the end of one style and the beginning of the new style. It will be a messy and confusing transition filled with doubt. Once trend inflation begins to shift one way or the other, it may take 5-7 years before the general market and certainly for common investors to realize the shift. During this transition is where there is potential for generous investment returns, in addition to the longer-term benefits of rebalancing investments to the style coming into favor.”

Focusing on rebalancing—not market timing—may prove most essential to those with long-term horizons. “Retirement investors should understand the difference between growth and value stocks in order to make sure that they are not inadvertently overexposed to one or the other,” says Lui.

Perhaps, then, rather than treating growth and value as an “either/or” option, it might be more useful to view them as dance partners in an investment ballet. “Given that growth and value are cyclical,” says Dedovic, “it’s important to combine both of these investing approaches as in the long run it will allow investors to benefit from cycles of each.”

This dualistic strategy may very well be the most profitable one of all.