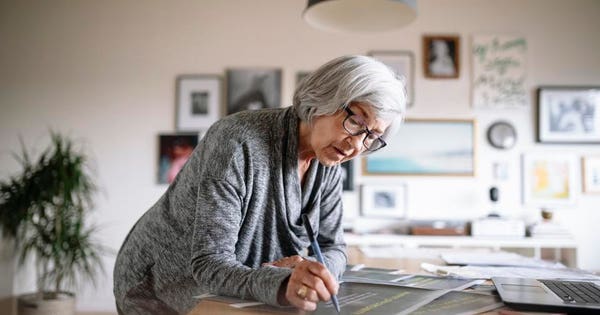 For years, many workers nearing retirement have professed plans to work part-time during retirement. But few retirees have actually continued working part-time. Things are changing.

A recent survey of pre-retirees and retirees shows that the gap between planning to work in retirement and doing so has narrowed. I have to confess I was a little bit surprised and more than a little pleased to see the results. Let me share with you what the researchers found and what retirement analysts say is going on.

Findings of a Survey of Retirees and Pre-Retirees

The LIMRA Secure Retirement Institute surveyed recent retirees and pre-retirees (ages 55 to 71) who’ve retired within the past two years or plan to retire in the next two years and had at least $100,000 in assets. Among the pre-retirees, 27% said they plan to work part-time in retirement and 17% said they expect to gradually reduce their hours before stopping work entirely. Among the retirees, 19% are working part-time and 17% have reduced their working hours.

The study found an interesting gender distinction, too: a quarter of the female recent retirees phased into retirement, while just 16% of male recent retirees did. Men may be less likely to phase into retirement than women because it’s harder to do so due to their pre-retirement job functions, the LIMRA researchers noted; 23% of the retired men surveyed worked in managerial job functions before retirement compared with 13% of women.

There are, I think, three big reasons why previous studies showed a much higher percentage of pre-retirees planning to work in retirement than the percentage of retirees who were working part-time.

First, pre-retirees have been overly confident and optimistic about their desire or ability to work part-time in retirement. Second, health challenges frequently prevent retirees from working in retirement. Third, people in their 60s and 70s have typically had a hard time getting hired due to age discrimination.

So, what’s going on now?

“The numbers are in good alignment because the pre-retirees were two years or less from retirement. So they had a pretty good idea what they were going to be doing,” said Alison Salka, director of LIMRA and LIMRA Secure Retirement Institute Research. “The closer you are to retirement, the more accurately you can predict what you are going to do. You’re also more likely to have been planning for it.”

Why People Work Part-Time in Retirement

Salka said the top three primary reasons for continuing to work among employed recent retirees are: for spending money, because they enjoy their work and to stay intellectually engaged.

Catherine Collinson, CEO and president of the nonprofit Transamerica Institute and Transamerica Center for Retirement Studies (and a Next Avenue Influencer in Aging), told me she found it “encouraging that the gap between pre-retirees’ vision of transitioning into retirement compared with the experience of recent retirees is finally starting to close.”

Working at least part-time in retirement is a good thing for many retirees, Collinson said. “It enables them to earn income, continue saving for retirement and bridge savings shortfalls — with more free time for personal pursuits,” she noted.

Many 50+ workers haven’t saved enough to fully retire at the traditional retirement age of 65, Collinson explained. According to Transamerica, the estimated median total household savings in all retirement accounts among the semi-retired is $216,000. “It will be difficult, if not impossible, to make these savings last a retirement of twenty-five or more years,” Collinson said. And with every passing year, the percentage of retirees with pensions is shrinking, adding to the need by some new retirees to work part-time.

Collinson’s theory on why the working-in-retirement gap of wish and reality narrowed in the LIMRA report: “The labor environment is becoming more conducive to workers extending their working lives and pre-retirees planning a transition to retirement.” In today’s tight labor market, employers are increasingly hiring older Americans to work part-time in retirement.

The Gig Economy and Retirees

By 2026, the Bureau of Labor Statistics estimates, the labor force participation rate of Americans age 65 to 74 will grow to about 30%, compared with roughly 17% in 1996.

“With the proliferation of the gig economy and the digital marketplace, it’s easier than ever for experienced professionals to do freelance and consulting work, although it still requires careful planning and preparation,” Collinson said.

In fact, demographer Peter Francese recently told Barron’s that he believes the current figures on boomers in the labor force are understated. Many people in their 60s and 70s, he said, are working part-time off-the-books, so they’re not counted in the government’s labor force figures.

Advice for Working Part-Time in Retirement

My bottom line: if you plan to work in retirement, don’t wing it.

You need to start planning a few years ahead of time. You might need to add some employment skills, or at least keep yours up-to-date.

It’s a good idea to network with people you know at employers where you’d like to work in retirement and that hire part-time workers.

If you want to start your own business as a consultant or launch an entrepreneurial effort, you’ll want to gear up gradually by doing your market research, getting financially fit and laying the necessary groundwork. (Shameless plug: My new book on midlife entrepreneurship, Never Too Old to Get Rich, includes stories of people who’ve launched businesses as their second acts, with their advice for others.)

Next Avenue also has many stories on working part-time in retirement, including this blog post I wrote, “How to Keep Working Into Your 60s and Beyond.” The RetirementRevised.com podcast, Working After 50, has been running a series on the subject, too.