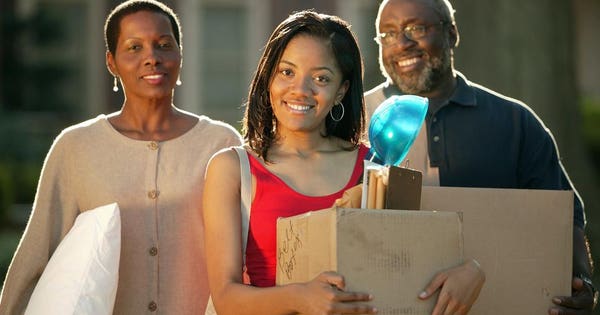 Is each generation trading a secure retirement for a college education?

It’s that time of year again in Boston. September — when the streets are jammed with a seemingly endless parade of trucks and trailers. No, it’s not carnival season. It is college season. Parents from all over converge upon a city of 700,000 residents to send off nearly 150,000+ students to college with the hope that higher education will kickstart their children’s lives. But, for many, this singular act of loving investment in their child’s future may inadvertently jeopardize their own financial wellbeing.

Despite the increasingly surreal sticker price, college remains a worthwhile investment in the United States, unlocking opportunities and tiers of income that are otherwise difficult to come by. Some studies go so far as to suggest that college education correlates with greater life expectancy. The promise of a better life with a college education, in part, continues to propel enrollment rates in the U.S. suggesting that younger Americans have yet to be stymied away from college by fearful stories of student debt.

More pointedly, perhaps, the parents of young Americans have yet to steer their children away from investing in college. A 2017 study found that over half of parents contribute financially in some way to their childrens’ college education, with 20 percent of students saying that their parents paid for half or most of their college costs.

But another complication of runaway student debt in the U.S. has been relatively ignored: its effect on the retirement plans of older Americans. Student loans are not just a challenge for younger adults. An AARP report describes an alarming increase in student debt among borrowers ages 50 and older, of nearly $250 billion over the last fifteen years.

Much of this increase comes from parents and grandparents who borrow on behalf of their children. A MIT AgeLab mixed-methods study, sponsored by TIAA, explored the effects of student loan debt on retirement and relationships found that many moms, dads, and adoring grandparents that borrow for their kids and grandkids do not realize the full extent of the burden they are taking on. Taking on six figures of student loans at 18 is an intimidating proposition; taking it on at 50, when the conventional retirement age of 65 looms ahead like a jagged cliff, is even more daunting. And, for grandparents who are betting that their lifespan will not outlive their wealthspan, investing in their grandchildren’s future, may effectively be divesting from their own.

“Some parents and grandparents in the study said that it took years to discover that the debt was too much for them to handle, and that their retirement plans would be jeopardized,” said MIT AgeLab’s Lexi Belle, who contributed to the study. Another member of the AgeLab team, Samantha Brady, noted that while grandparents said they would take on the loan again, they had “no idea how much stress it would add to their lives.”

“It’s not just about the pure financial burden,” said Julie Miller, the lead author of the AgeLab study. “Student debt influences what borrowers believe falls within the bounds of the possible.” Many study participants said that they found the idea of both putting money aside for loans and for retirement as being too overwhelming to think about. For younger Americans, the weight of student debt can engender the belief that full-fledged adulthood remains out of reach. It appears that it can also make retirement feel like an impossibility, and so weaken the resolve of borrowers of all ages to save for retirement at all.

An overwhelming 84 percent of participants in the study said their loans limited the amount they were able to save for retirement. Three out of four of those respondents said they expected to begin or increase their contributions once their student loans were paid off. But if one’s loan obligations extend all the way into retirement age, then the time to begin saving may never arrive.

Adding insult to injury, the U.S. government garnishes the Social Security checks of claimants who still have unpaid federal loans in retirement. But there may be little that these downtrodden retirees can do to make up for their unpaid debt with their working life over.

The fact that student debt is impacting the whole life course—not just transitioning into adulthood, but older adulthood as well—is important knowledge for policymakers thinking about the cost of the U.S. education. And it’s important as well for our thinking about the contours of and barriers to retirement planning and savings in the United States — those trucks and trailers on the streets of college towns everywhere may not just be dropping off children, they may be leaving a secure retirement at the curb as well.