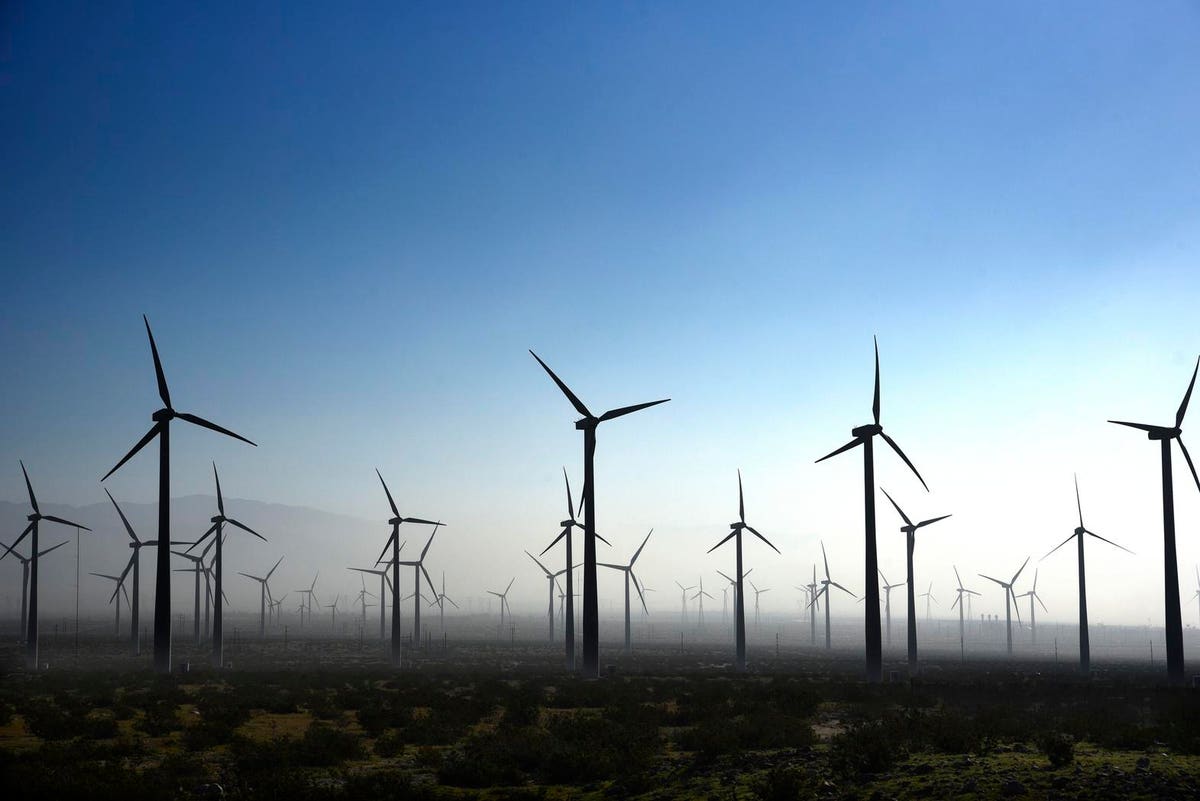 On July 27, 2022, Senate Majority Leader Chuck Schumer (D-N.Y.) and Sen. Joe Manchin (D-W.V.), announced they had reached an agreement on a reconciliation bill which includes a significant adjustment to Section 45, the renewable electricity production tax credit (PTC). If passed, the bill, which they’ve dubbed The Inflation Reduction Act of 2022 (IRA), would restore incentives for new wind and solar projects over the next decade.

The PTC was first enacted as part of the Energy Policy Act of 1992 to promote the development of certain renewable energy sources. Research has suggested that the PTC has been the main driver behind the growth of wind and solar investment over the last three decades. The PTC is a per kWh credit for electricity produced and sold using qualified energy resources and the credit can be claimed over a 10-year window. As of December 31, 2021, the credit has expired, and new renewable energy projects commenced after this date are no longer eligible to claim the PTC.

The proposals in the IRA would restore the tax credit and significantly increase the credit for qualified facilities provided additional criteria is met during construction. Assuming an average hydropower qualified facility produced 192,000,000 kilowatt per year, under the old rules they would only be allowed a credit up to $1,477,812 (84,000,000 x .017593 cents) for ten years. Under the proposed changes, provided the wage and apprenticeship requirements plus the domestic content usage are met, the credit would increase to $13,860,000 per year (84,000,000 x.03) x 5 x 1.10%) for ten years, resulting in an increase of $123 million over a ten-year period.

In order to receive a PTC, renewable energy must be produced and sold to an unrelated person by the taxpayer from qualified energy resources at a qualified facility during a 10-year period beginning on the date the facility was placed in service. The proposed bill has extended the construction period of qualified facilities which under the current law requires construction to begin before January 1, 2022, but under the proposed law is extended to January 1, 2025. Facilities included in this extended time period include wind, close and open loop biomass, geothermal or solar energy, landfill gas, trash, and qualified hydropower facilities. However, no extension was provided for Indian coal production or refined coal production facilities.

The PTC is proposed to increase from the 2022 inflation adjusted price of 1.7593 cents to 3 cents multiplied by the kilowatt hours of renewable electricity produced and sold by the taxpayer.

The ability to elect to treat qualified facilities as energy property under Section 48 has also been extended provided the property is placed in service after 2008 and the construction began before January 1, 2025. However, the IRA proposes the percentage applied to basis to determine the Section 48 credit significantly decreases from 30% to 6%. In addition, offshore wind facilities are no longer deemed energy properties after January 1, 2022.

Taxpayers are generally still provided the election to treat 100% of the credit as a federal tax payment under Section 6417, however in certain situations the amount of deemed federal tax payment could be reduced to 90% for taxable years after 2024.

Potential to Increase the Credit 500%

The proposed bill incentives businesses to create more efficient facilities and provide fair wages to laborers and mechanics during construction. If a qualified facilities meets any of the following three rules, the amount of the credit will be increased fivefold.

1. The facility has a maximum net output of less than 1 megawatt (as measured in alternating current),

2. Construct a facility which began prior to the date that is 60 days after the Secretary publishes guidance with respect to prevailing wage and apprenticeship requirements, or

3. A facility which satisfies the prevailing wage and apprenticeship requirements.

A facility will be deemed to meet the prevailing wage requirement if the laborers and mechanics employed in the construction or repair of such facility are paid prevailing rates based on the locality in which the facility is located. The apprenticeship requirement will be satisfied if a certain percentage of the total hours of construction or repair work is performed by qualified apprentices. For construction with begins before January 1, 2020, that percentage is 10%, between December 31,2022 but before January 1, 2024 the percentage increases to 12.5%, and after December 31, 2023 that percentage remains at 15%.

Ability to Increase Overall Credit by 10%

The overall credit can be increased by an additional 10% after applying the increase for efficiency or wage and apprenticeship requirements if it can be certified that the steel, iron, or manufactured produce which is a component of such facility was produced in the United States. In order for a manufactured product to be considered made in the US, the facility must show at least 40% of total costs are mined, produced or manufactured in the US. However, the percentage is reduced to 20% if the materials are related to an offshore wind facility.

The Congressional motivation in the proposed adjustments to Section 45 credit is clear. Democrats are significantly increasing the incentive to not only build renewable energy qualified facilities, but for the facilities to be constructed with steel and iron manufactured in the United States, and for the laborers and mechanics to be paid fair wages during the construction and repair periods.

These Are The Most Expensive Neighborhoods On L.A.’s Westside
The world’s largest sovereign wealth fund loses $174 billion in the first half, cites inflation and war in Europe
Stocks making the biggest moves premarket: Vroom, Poshmark, Revolve, Green Plains and more
Jump-Starting Clean Vehicles With The New Tax Credit
China’s domestic tourism is on track to bounce back from pandemic lows, says Fitch Ratings