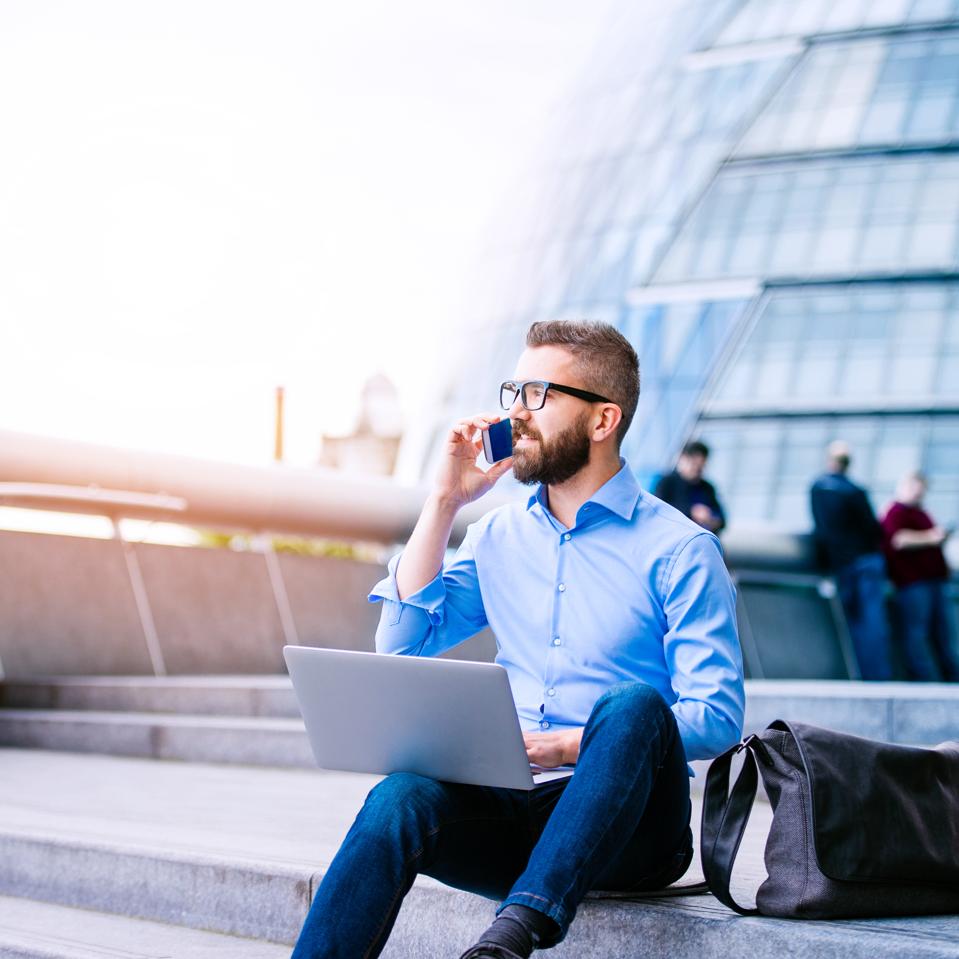 As we roll toward the half-year mark of the COVID-19 pandemic, the effects on work, office space, and focus have been profound. Executives can now be found working out of what had been guest rooms, attics, or walk-in closets. The need to work in corporate offices, once considered indispensable, is now being rethought in its entirety.

We’ve learned that maintaining our focus at home is different than at the office, and there are advantages and disadvantages to both places. But as office attendance is now optional, it’s clear that office buildings and their functionality need to change to remain viable.

Having these thoughts about the ramifications of COVID-19 on workspace and focus, I felt immediately drawn to an article called The Office is Dead, Long Live the Office! that Eddy Badrina penned for Medium.

Recently, I had the chance to sit down with Eddy, who is the CEO of Eden Green and President of BuzzShift, and Ryan Bricker, an urban designer for HNTB Corporation, to talk about the changing nature of office space, the needs of professionals, and the fight for focus. What follows is an abbreviated version of our conversation, which I hope will serve as inspiration to leaders and workers everywhere as they consider what office work and the space that contains it should become in the future.

Curt: We’re talking about reorganizing office space to make it valuable again. Even before COVID-19, only 23% said they worked better in an office than at home. So, when we talk about office space, it’s an odd combination of “expensive, but useless.” Those in commercial real estate should be interested in redesigning for a new era of human and work needs.

Eddy: So, if you’re talking to a real estate developer, what are you telling them in terms of an office worker’s perspective, or efficiency and effectiveness or from a corporate perspective?

Curt: It feels to me like the premise of commercial office real estate has become old. The real estate industry wants to establish a high value to make money, but companies and workers are no longer valuing it that way. We find value in space when it facilitates our work, and we’ve discovered on a massive scale that we can get that value at home. So, the core question for office building developers is, how do you create a better space, where people gain as much by going to the office as they save or reclaim by working at home?

Eddy: Ryan, from your perspective as an urban designer, how do you respond to that?

Ryan: What is happening all over the country in new development is about adjacencies between workspaces and what the city has to offer. In the downtown area where I work, you see an incredible emphasis on livability. I could show you 15 buildings where the ground floors are being reshaped into amenity centers, where anyone with a laptop can stop to work. As technology has gotten smaller, the portability of work has increased, so you don’t need the office to work. That means the office has to change — not just its layout, but its culture. If I’m going to commute two days a week into a downtown office, then that office has to have ten times the amenities and attractions of staying home.

Ryan: Right. And the burden falls not only on a company but also on those who develop the office buildings to figure out the cultural elements. But let me ask, how will that affect individuals and teams, and how they focus at work?

Curt: Only a small percentage of office roles need to be performed at a particular spot. Most people don’t need to be in a specific location. The notion that we need an office for people to “collaborate” is an intriguing one because, so far, we’ve got it absolutely wrong. Most companies have gone to open offices or large communal workspaces, which actually suppress collaboration as people focus inward to produce work and shut out distractions. It’s the opposite of collaboration, which flourishes when you provide private spaces for people to think, and just a few larger spaces that teams can visit when they put those thoughts together and work collectively.

Eddy: From my perspective, as a business owner, I believe that if we take excellent care of our employees and look out for their efficiency, their effectiveness, and their well-being, they’re going to make our company better. I’m not talking about lip service or promoting a standard 401(k) plan, but thinking deeply about their day-to-day comfort and work, and the reasons and needs and motivations behind that. Our team is actually more effective at home for 80% of their work. But we really do feel the collaboration piece — being together — is missing.

So, we redesigned our space. We made the first floor available to everyone with a variety of seating areas – booths, tables, nooks, a kitchen, and a ten-person conference room. We designed the second floor as an open office concept with desks, etc. Guess what? No one uses the second floor. You might see one or two people there, but everyone else is downstairs.

Curt: Exactly, because the concept of fully open office space is actually paralyzing. When you need a place for sustained focus, well, you get that at home. Also, in your home, everything about it reflects that “you matter here.” In an open office space, which can feel dehumanizing, the suggestion is “you’re replaceable.” In a typical workday, you end up with large rooms of people who don’t talk to each other but look for ways to escape.

Eddy: And that’s why space needs to be designed for the comfort and convenience of the people in the organization, not for the organization’s comfort and convenience, which is how it has been until now. But speaking of spaces, let’s talk about the outdoors. In my article, I talked about people posting Instagram photos of themselves working outside at home. Obviously, they’ve got internet access outdoors. Ryan, where do you see architectural design and urban planning when it comes to outdoor spaces at work?

Ryan: Designing outdoor spaces in the public realm has most often involved things like recreation, play or relaxation, and sometimes reverence, memory, and contemplation, all traditionally built around human behavior. Landscape architecture hasn’t widely addressed work behavior within outdoor settings. So it’s a new question: How do you bridge that gap to design outdoor spaces for productive work?

Curt: There’s a study from the University of Michigan that proves a simple walk in nature can restore our focus. When you return, you can sustain a longer period of focus than you could without the nature walk. Nature creates a sensation of peace and rests the mind.

Ryan: Yes, but designing the outdoors for work could be a double-edged sword. If you’re outdoors, plugged in, focused on a screen, then you’re not really being in nature, right? And the same is true of the home environment. If you can’t totally unplug in the evening or on weekends to be at home with your family, then you’re not really “home from work.”

Eddy: One thing I’m struggling with is understanding my new cadence. What are my new patterns for work? Do I go to the office just for client meetings? What other work do I do there? Am I going to stay home today? Is there a trigger for choosing one or the other?

Curt: The bottom line is, we need to challenge this baseline assumption that we need to go into the office. If you can work from home, then isn’t all that commuting actually appropriating time from your home life, your private life, or being with your kids? So, whatever happens at the office better be something super valuable.

On the other hand, we also need rituals. So maybe on Tuesdays, I go into the office, do certain “Tuesday” things, and leave. But even as a ritual, it’s got to be easy to go there.

Ryan: What’s coming up quickly is the transportation side – flying cars, the hyperloop, or supersonic travel that could get you from New York to Shanghai in 60 minutes. As those transportation technologies come to life, you can live and work almost anywhere. It will radically change real estate, development, and communities.

Curt: In the end, I think this pandemic is forcing society to catch up to where technology was already heading. And that means new models of where we work, driven by why we work there.

The baseline of where people want to work has shifted. And that means we’re going to have spaces where people meet only once a week, not every day. It’s a huge opportunity for developers to create new, productive, focus-friendly flex spaces for work in locations that also give meaning and add cultural value to those who come to work there.