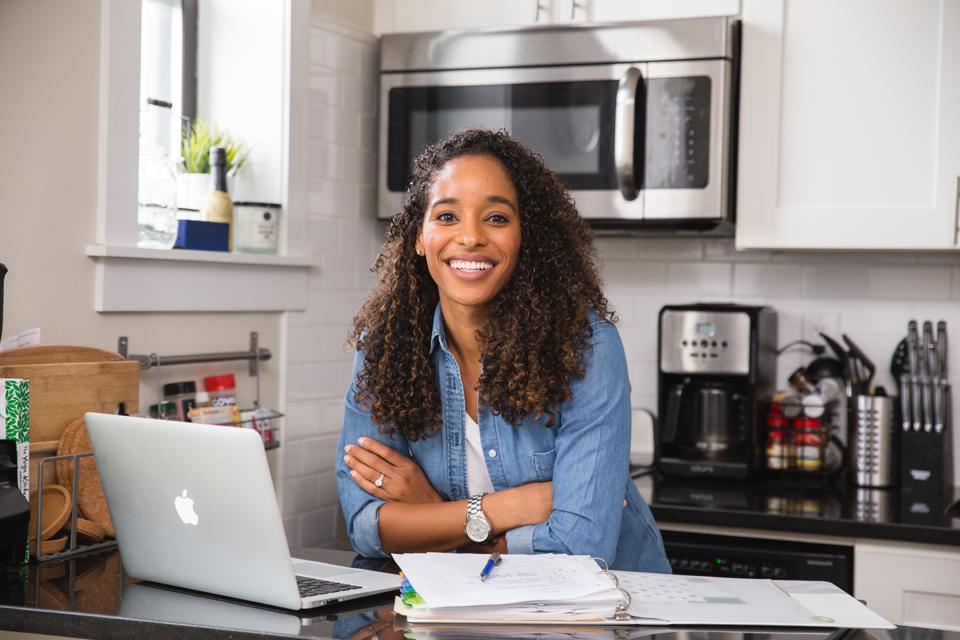 Carmen Perez, recently quit her six-figure job in the financial services industry in order to pursue her dream of becoming a computer programmer. As recently as two years ago, the thought of leaving a high-paying job would have been unfathomable to Perez — it was made possible because she was able to pay off her $57,000 of debt, which consisted of student loans, credit cards, a car loan, and collections accounts.

Now thirty-two years old, she can hardly believe the changes she made to get her finances in order.

Financially speaking, Perez realized that she was in trouble when she was sued for her student loans, and she feared she could lose her job in finance as a result of the lawsuit.

However, the lawsuit wasn’t the first warning she had. Years earlier, she had a job offer at a major Wall Street investment bank rescinded upon further review of her credit report. The bank was less than impressed by the fact that she had a student loan in default, and her seat was given to another candidate.

Undeterred by the small setback, she continued to spend beyond her means and was living paycheck to paycheck despite earning six-figures. It wasn’t until she faced suit that she realized she had serious money problems.

With her back against the wall, she knew she needed to get her financial life in order but it was not immediately clear to her how she was going to do it. She purchased a Jeep after graduating from college, not realizing she couldn’t afford it or that the 18.5% interest rate on the car loan would mean she’d be paying nearly 50% more than the sticker price for her car. She would have benefitted from refinancing her student loans if it wasn’t for her poor credit history.

Perez, who was raised with her two siblings by a single mother, understood it was possible to overcome financial obstacles. Perez said, “My mom was a perfect example of the fact that when you are faced with few options, you need to find the grit and determination to succeed. I knew I had made financial mistakes and needed to find a way to turn things around.”

The cash envelope method consists of putting your credit cards away and transitioning to cash-only spending. At the beginning of the month, Perez would determine the amount of money she’d need to spend for the month. This would include all bills and expenses.

She’d withdraw the exact amount of cash at the bank and allocate it to different envelopes she’d label for different expenses. Prior to heading to the grocery store, she’d open her ‘grocery’ envelope and take out what she’d need for the trip.

The cash envelope method is extremely effective because it forces you to be thoughtful about the way you spend your money. Debit cards, credit cards and other digital forms of payment were designed to make spending money seamless. By paying with cash, a layer of friction is added which gives you time to think about whether you really want to spend your last $5 on candy or lunch for the week. Holding the cash in your fingers make it feel more real.

More importantly, the cash envelope system forced Perez to stay within her budget and helped her understand how she was spending her money. She says, “Once an envelope was empty, I knew I didn’t have any more money to spend for the remainder of the month. It made me think about the essentials first so that I would still have enough to buy food and other critical items like toothpaste at the end of the month.”

She thought of other ways to cut spending, such as switching to a low cost phone plan like Mint Mobile, which was a good first step in her pursuit. However, she knew she still needed to do more to reach her target.

With a tight budget in place, she was able to pay more than the minimum on her outstanding debts. She decided to use the snowball method — a debt-payoff strategy that focuses on paying off the smallest balance first, instead of the loan with the highest interest rate — because of the psychological boost she’d receive when paying off a loan entirely.

“I knew the debt snowball was less optimal from a financial standpoint, but I was more worried about finding a plan I could stick with long-term than simply paying off my debts as quickly as possible and potentially burning out,” Perez explained.

Perez made her final debt payment in September 2018, two years and nine months after making her plan to become debt free. Her goal was to become debt-free in three years, and she beat this by three months while living in New York City, one of the most expensive cities in the country.

She says she would have been able to do it even more quickly had she not had to pay for her wedding in the middle of it. She and her wife saved for and paid for 100% of their wedding in cash (approximately $16,000 each).

After submitting her final student loan payment, Perez felt an incredible weight lifted off her shoulders. A side effect she wasn’t expecting was that she began to dream about her future again. She realized that she had a dream of working in technology and learning how to code.

After becoming debt-free, she moved to Connecticut to lower her living expenses and began teaching herself to code on nights and weekends. After realizing she loved programming, she was elated when she was accepted to the Full Stack Developer bootcamp at General Assembly and received a full scholarship from Connecticut’s Tech Talent Fund. One of the few women of color in her cohort, she’s setting an example for others in her community.

Her starting salary in the tech field will likely be lower than what she was earning at the bank she left, but not having to worry about making debt payments gave her the freedom to make the jump. She’ll still be able to save for her future via a 401(k) and IRA while working in an industry that she loves.

Perez said, “It wasn’t easy saying ‘no’ to friends who wanted to go out when I didn’t have the money in my budget, but I knew that it would give me the opportunity later in life to say ‘yes’ to things that could change my life!”

Future-Proofing Residential Developments Vs. Climate Change
President Ford’s Vail Winter White House Hits The Market For $13 Million
New York City Sellers: Should You List This Summer?
Houses Are Still Selling Like Hotcakes In These 10 Cities In 2022
An Active Retirement On The Appalachian Trail