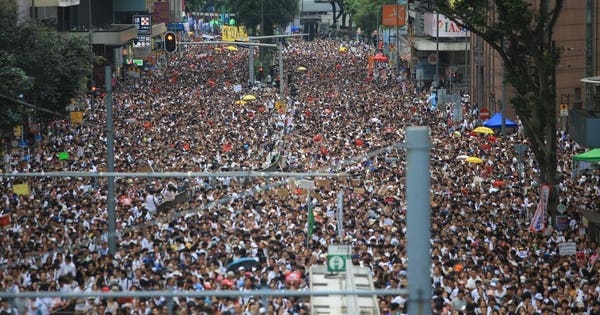 Even though Macau casino review fell for a second straight month in August, ongoing anti-government protests in Hong Kong have had little direct impact on Macau tourism and gaming to date. But resulting disruptions and the larger issues the protests raise create tensions in Beijing and beyond that cast ominous shadows on Macau.

Macau visit arrivals slowed in July, the most recently available figures, growing 16% to 3.5 million during a prime summer holiday month. That’s down from 20% growth for the first six months of the year. The crucial overnight segment, comprising 48.5% of total visitors, grew 4.7% after first half growth of 8.2%. Overnight visitors have fallen as a proportion of the total since the opening of the Hong Kong-Zhuhai-Macau Bridge last October spurred a flood of mainland bridge tourists who don’t spend much but add to congestion.

Visitor numbers for August are likely to show greater fallout, Macau Government Tourism Office Director Maria Helena de Senna Fernandes told to Macau News Agency. The shutdown of Hong Kong International Airport in August, in addition to actually canceling hundreds of flights, will likely discourage long haul travelers from visiting Hong Kong. It could also have a long term effect on MICE, as convention and event bookers have to make decisions months if not years in advance and shun risky choices.

Taking another facet of the broader view, Morgan Stanley believes that since the opening of the bridge, only 2% to 3% of mainland visitors transit via Hong Kong (excluding the airport). JPMorgan regional analyst DS Kim estimates that one in eight mainland visitors to Macau arrive via Hong Kong, including the airport, now more convenient to Macau with the bridge. Kim estimates the maximum exposure of Macau gross gaming revenue to a dip in mainland visitation via Hong Kong is 6% to 7%. Much of the traffic via Hong Kong comes from tour groups, which rarely include high rollers. Moreover, mainlanders have plenty of alternatives to traveling via Hong Kong, including Zhuhai and Shenzhen airports, with travel time to Macau comparable to that from HKIA. If the situation in Hong Kong remains challenging, it’s easy for Macau-bound mainlanders to avoid it.

The protests add a new dynamic to relations between mainland authorities and Macau. Hong Kong is the problematic Special Administrative Region, enjoying a “high degree of autonomy” from Beijing under the Basic Law that serves as its mini-constitution. Macau is the well-behaved SAR. It dutifully passed the anti-sedition law that in Hong Kong brought an estimated 500,0000 protesters into the streets in 2003 and led to the resignation of Chief Executive Tung Chee-hwa.

With Hong Kong in an uproar again, Beijing might look for some way to reward Macau, dangling the same carrot for Hong Kong if it plays ball. In 2003, Beijing gave Hong Kong and Macau the Closer Economic Partnership Arrangement (CEPA) to help their recovery from SARS, and, coincidentally, tie their economies more closely to the mainland. One aspect of CEPA, the Facilitated Individual Travel Scheme (FITS), enables mainland travelers from selected regions to visit Hong Kong and Macau without joining a group tour. The program started with four cities in Guangdong province, eventually expanding to 300 million of the mainland’s wealthiest inhabitants.

Adding more cities to FITS, also known as the Individual Visitor Scheme (IVS), ranks high on Macau casino operators’ wish list. However, citizens in neither Macau nor Hong Kong can actually accommodate more mainland visitors, so extending IVS wouldn’t be much of a carrot.

Macau authorities denied permission for a demonstration in favor of universal suffrage in Senado Square, then police questioned people traversing the UNESCO World Heritage site in the middle of the city.

Residents in both cities complain about lack of affordable housing and blame mainlanders for helping to drive up property prices. Measures to curb mainland Chinese residential property purchases would fit Beijing’s drive to keep citizens from sending funds overseas for dubious purposes, including online gaming. Curtailing mainland buyers would prove popular among potential buyers, less so among homeowners and realtors. Moguls who largely consider themselves Beijing loyalists would be hit hardest. In Macau, where casino licenses belong to outsiders, property represents the most lucrative opportunity for local tycoons.

The Hong Kong protests also have Macau authorities on edge. In the run up to Ho Iat-seng being chosen as Macau’s next chief executive by 400 electors on August 25, authorities blocked a demonstration by activists advocating selecting Macau top official by universal suffrage and questioned people traversing the putative gathering site at Senado Square in the middle of Macau. Organizers of an online poll to register public opinion on universal suffrage say the exercise was hit by “severe cyberattacks” they believe originated from the mainland.

It’s not just the August heat but a slowing economy and trade tensions with the U.S. amid the unprecedented challenge from Hong Kong protests that have China’s leadership sweating. And when Beijing is nervous, Macau, utterly dependent on mainland visitors, often shakes.

Private Agencies No Longer Authorized To Collect IRS Debt For Certain Taxpayer Accounts
After the impact Covid-19, most women see money as a tool to effect change, survey shows
Behold, Beneath A Santa Ynez Valley Estate Lies The King Of Wine Kivas
Stock futures are flat after failed attempt at a rally
Will A Cash Balance Plan 401(k) Combo Secure Your Retirement?