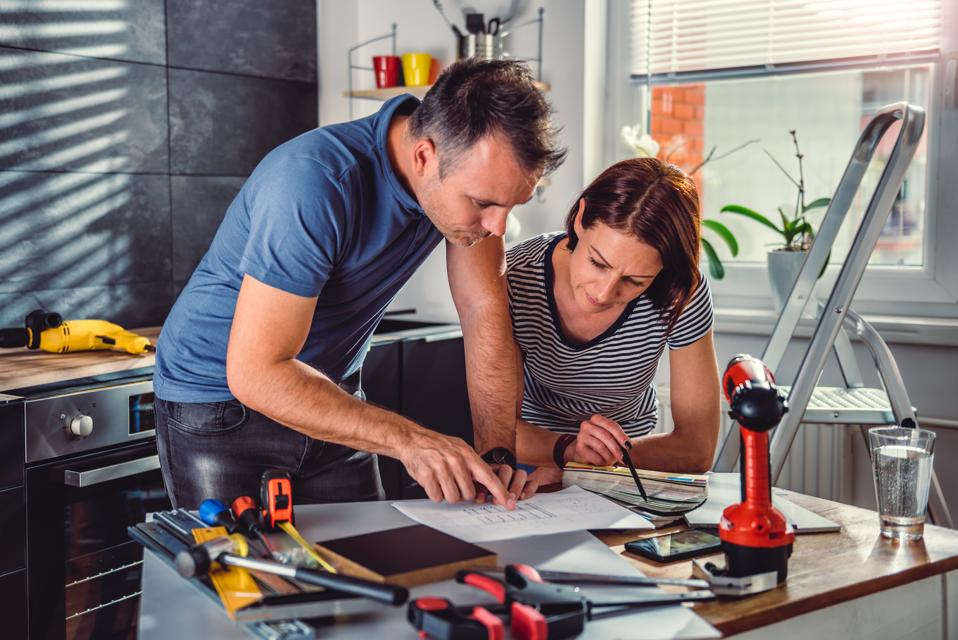 When homeowners embark on a home improvement project, it’s with the goal of having a happy ending. A new report by the National Association of Realtors takes a deep dive into the reasons for remodeling, the success of taking on projects and the increased happiness found in the home once a project is completed.

Americans spend $400 billion annually on remodeling their homes, however, many find the idea of taking on a remodeling project too overwhelming to attempt, according to the report. Thirty-five percent of homeowners would rather move to another home than remodel their current home. Fifty-five percent of owners in suburban areas and 52% of owners in urban areas say they would be willing to remodel their home. This jumps to 70% for owners in rural areas.

The 2019 Remodeling Impact Report, an examination of 20 projects, surveyed real estate agents, consumers who have taken on home renovation projects and members of the National Association of the Remodeling Industry.

The National Association of Realtors calculated what it refers to as a Joy Score for each project. The score is based on the happiness homeowners reported with their renovations. The more pleased with a given project, the better the Joy Score, with the highest possible score being 10.

Thirty-six percent of the owners surveyed did their project themselves, 35 percent hired a professional to handle all of the job, and 14 percent hired the labor but purchased the materials. Twelve percent contributed some do-it-yourself labor.

A complete kitchen renovation received a top Joy Score of 10. Ninety-three percent of those polled said they have a greater desire to be at home since the completion of their kitchen, and 95% said they have an increased sense of enjoyment when at home.

The most important result of a kitchen renovation is improved functionality and livability, according to 46% of those polled. As to the reasons why they decided to take on the project, 24% say they wanted to upgrade worn-out surfaces and materials. Another 20% report they had recently moved into their home and had a desire to customize the kitchen to their particular tastes.

“The kitchen is a space homeowners frequent regularly throughout the course of the day,” said Lawrence Yun, chief economist of the National Association of Realtors. “So when that area is remodeled to owners’ exact preferences – as they enter and exit the room – they continually experience the satisfaction of a job well done.”

Completing a full interior paint job in the home scored a 9.8 Joy Score. A finished paint job is usually visible in every room in a home, which speaks to how important a task this is to respondents. A vast majority, 88%, say they have a greater desire to be home since having their home freshly painted. Eighty-six percent report feeling a major sense of accomplishment when they think of the project.

Upgrading home closets was another task that received a 10 Joy Score. This is due in part to the inconvenience of a disorganized closet, which is something homeowners encounter daily, often at the start of their day. When a closet renovation is finished, the sense of achievement is immediate. Sixty-eight percent of those surveyed say they feel a major sense of accomplishment when they think about the completed project. Nearly three-quarters, 72%, report having a greater desire to be at home since finishing the job.

New vinyl windows received a 9.6 score, and 42% of those surveyed say the most important result is improved functionality and livability. As for the top reasons for doing the job, 47% say they had a desire to improve their home’s energy efficiency, and 23% say they wanted to upgrade worn-out surfaces, finishes and materials.

Homeowners reported a Joy Score of 9.9 for projects done themselves. That is compared to a score of 9.6 for projects completed by professionals.

Chase Home Lending also conducted a survey on home improvement called “Sweat Equity: A Homeowner’s Most Valuable Resource.” The study found that the majority of homeowners surveyed expect to make improvements to their property in the next year to build the value of their homes.

Eight in 10 respondents anticipate taking on a home improvement project. More than 70 percent of homeowners plan to do at least some of the work themselves, though some may tap into professionals when necessary.

“More and more homeowners are taking matters into their own hands by doing the work themselves,” said Amy Bonitatibus, chief marketing and communications officer for Chase Home Lending. “While cash is still king, we are seeing an increase in the number of people who are taking advantage of the recent drop in rates and paying for their renovations by tapping into the equity in their home.”

Homeowners who decide to undergo a home improvement project, whether it be interior or exterior modifications, often find that the task was worth the investment and time, according to the National Association of Realtors study.

After completing a remodeling project, 74% of owners have a greater desire to be in their home, 65% say they experience increased enjoyment and 77% feel a major sense of accomplishment. Additionally, 58% report a feeling of happiness when they see their completed projects, while 38% say they have a feeling of satisfaction.

Tax credits vs. tax deductions: How they differ, and what to know before you file
Some borrowers may qualify for a student loan interest deduction, despite payment pause
Alphabet set to report fourth-quarter results after the close
Luxury stocks rally from China reopening, but world’s largest luxury market may choose to shop ‘in-house’
Annuity sales hit record last year, eclipsing sales during 2008 financial crisis amid fear, higher rates