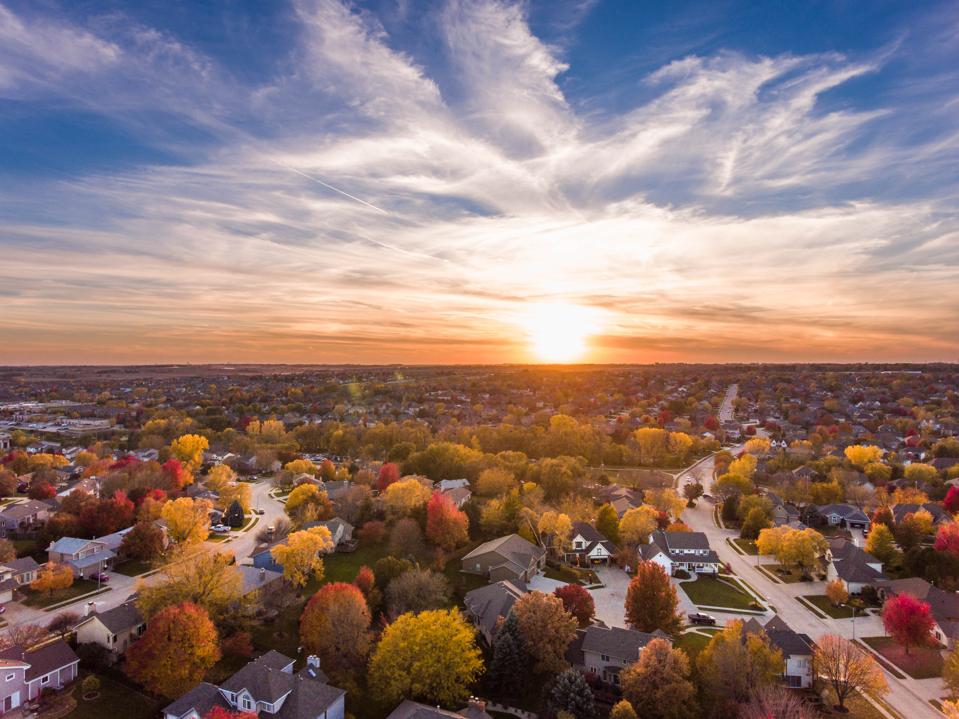 Real estate agents can help buyers determine the best neighborhoods to invest in and help close the deal on your dream home, but they also come with valuable knowledge about local amenities and hotspots.

We asked agents from New York City, South Florida and Los Angeles all about where they call home and what they love about their neighborhoods, plus some good old fashioned real estate advice.

“We live in outer Bushwick on the border with Ridgewood, Queens,” says broker Martin Eiden of Compass. “We choose to live here because it is a real neighborhood. People playing dominoes on the sidewalk and night and families having picnics in the park on weekends. It’s a mix of every race, religion and sexual orientation, a mini New York in New York. Also, we are the ‘second wave’ of gentrification. All the cutie-pie coffee shops and stores are (here) but no awful chains have arrived.”

“A traditional Dominican bakery. Their caramel cake is amazing and only $2 a slice!”

“It’s about half the size of Washington Square Park in the Village, well maintained and our dog, Sunny Cornbread, can run and play fetch in the morning,” Eiden says.

How to find value in Bushwick?

“We live in a loft that is in a former Vaudeville Theatre from the early 1900s,” Eiden says. “(It has) 16-foot ceilings, three bedrooms, tons of light, some view of the city. Honestly, this space does not exist in Manhattan. But if it did, it would sell for $2.5 million or rent for $10,000/month. In Bushwick, it goes for 40% of that price.”

“Originally, I chose to move there because it was within five minutes walking distance from the old office, but also right in the middle of every other area of Manhattan,” says James Rozanski, director of marketing at REAL New York. “I pretty much walk everywhere at this point just because it’s so central. You can find neighborhoods or corridors that are directly adjacent to the cooler-sounding or more expensive areas for a lot less. Like, I’m pretty much right next to Park Avenue South and Gramercy/Flatiron without paying those prices. Same with Little Italy, where I used to live, with Nolita and Soho.”

“Ruby’s is a no-brainer for the best local restaurant, for the fried chicken sandwich alone, but I also do order from Maguro Sushi pretty much every Friday night,” Rozanski says.

How do you know a neighborhood is shifting?

“I think a good way to tell when a neighborhood is growing/changing/appreciating in value is the migration of known brands to the retail spaces,” Rozanski says. “For example, the Target just opened on Second Avenue and 29th which is pretty major, and I was actually really surprised when I saw a Van Leeuwen Ice Cream open a block away from my place just because I didn’t think Kips Bay would have been the next area they would have expanded to.”

Noemi Bitterman an agent with Warburg Realty moved into a house in Midwood, Brooklyn, in 2000. “The neighborhood is quiet yet everything I need is around the corner,” she says. “There is a supermarket, post office, hardware store, shoe maker, bakery, dry cleaners — three plus — 99 cent store, bagel shop, pizza store and Target is a mere two avenues away as well as the 2 and 5 subways and the Q subway.”

How can you find a neighborhood that will grow in value?

“Look for neighborhoods that offer easy access to transportation allowing an easy commute anywhere, plus have quality and needed stores like a supermarket and cleaners,” Bitterman says. “When I bought my house in August of 1999 and finally moved in on January 10, 2000, after a major renovation, the median price of a home in this neighborhood was $250,000. Today, my house is worth approximately $900,000.”

“I chose this neighborhood for the newer construction homes, palm tree-lined streets and a neighborhood that is second to none with their amenities, neighbors and location,” says Brian Fairweather, a broker with The Agency Collective in South Florida.

“2 Vinez for sushi, Food Shack for fresh fish and live music, The River House for waterfront views with luxury yet laid-back dining,” Fairweather says. “Finally, Dune Dog. It is a Jupiter staple and a must when visiting. They have the best crunchy fish sandwiches and fried clam strips!”

“They have amazing wines from all over the word with a laid back casual feel,” Fairweather says. “The owners are experts in wine and make you feel at home sitting at the bar picking their brains on their wine selection.”

How do you find the best neighborhood for you?

“Think of your best case scenario for life and find a neighborhood that checks the most boxes,” Fairweather says. “It sounds simple, but it is something many people overlook. A lot of stuff in a house can be changed or replaced, but a neighborhood is not so easy to change.”

Where would you find the best appreciation in a neighborhood?

“What the community offers to their residences,” Fairweather says. “Do they have events? Mallory Creek has food trucks once a month, concerts, events for children. It is a plus for people looking for a spectacular home with a community that makes it hard to leave.”

“I chose to live in Studio City because of the cool, trendy atmosphere, great schools and restaurants,” says James Harris, a broker with The Agency in Los Angeles. “It’s a great neighborhood to raise a family.”

“Studio City offers one of the best values in real estate and is such a hidden gem,” Harris says. “A lot of popular brands are moving in, including Equinox and Erewhon Market.”

How do you find value in a neighborhood?

“I find value in a neighborhood by seeking out good schools, parks, libraries, and name-brand chains moving in,” Harris says. “These are all healthy signs that the area is booming.”