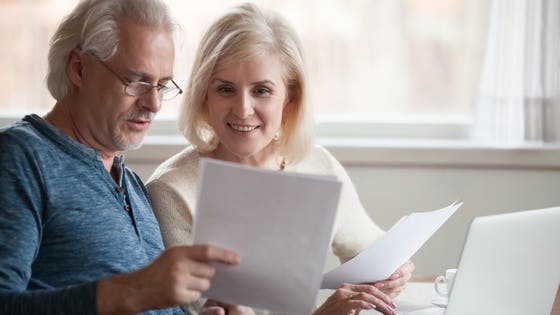 New funds are rare in the closed-end fund (CEF) world. But there’s a new kid on the block throwing off a monthly 6% dividend. Today we’re going to run through this new fund to see if it might have a place in your portfolio.

I’m talking about the BlackRock Science and Technology Trust II (BSTZ), launched in mid-May of this year.

The unique thing about BSTZ is right in its name: it’s no stodgy income play: its portfolio is packed with some of the fastest-growing tech plays out there.

I’m not talking about Apple (AAPL), Netflix (NFLX) or Facebook (FB). Instead, BSTZ focuses on off-the radar companies whose biggest growth lies ahead, like payment processor Square (SQ) and Twilio (TWLO), a communication platform many big companies already depend on.

That’s in contrast to many tech funds, which start and stop with the well-trodden territory of FAANG—Facebook, Apple, Amazon (AMZN), Netflix and Google (Alphabet [GOOGL]).

Twilio is a great example. Its stock price has more than tripled since the start of 2018, and management feels there’s plenty more to come!

The next question is obvious: as none of these companies pays a dividend, what’s BSTZ’s plan for maintaining—and growing—its 6% income stream? Simple: it will sell these stocks when management feels they’re overvalued and buy when it senses a bargain. The profits then roll out to us in the form of that 6% dividend.

The strategy works because these are the kind of firms that, despite their small size, rely on their own cash flow to drive growth. They’re also the kinds of stocks that can get overbought quickly, giving BSTZ’s tech-savvy analysts the chance to sell at a premium.

The concern here, from a dividend investor’s point of view, is also obvious: can BSTZ keep paying out dividends by rotating in and out of tech stocks?

To answer this, let’s look at a competing fund: the Columbia Seligman Premium Tech Fund (STK). While the management team is different, the strategy is similar: find high-quality, fast-growing companies and buy them up.

STK’s portfolio has gotten a little more conservative lately, with a shift from smaller growth companies toward big names like Alphabet and Apple. But don’t be fooled: most of the portfolio is still focused on fast-growing companies like Synopsys (SNPS) and Teradyne (TER). STK is an aggressive tech growth fund, just like BSTZ.

One difference? History. While BSTZ held its IPO a few months ago, STK has been around for a decade. Which is why its past is helpful in understanding BSTZ’s future.

Namely: was STK able to maintain dividends throughout its history by buying and selling tech stocks? Yes.

Not only has STK maintained its distributions, which yield a whopping 8.8%, but it’s even paid special dividends in recent years, meaning it has been an even bigger income producer.

I expect the same from BSTZ, but with even bigger gains, thanks to its more aggressive strategy of buying younger, faster-growing companies before the rest of the world is aware of their true potential.