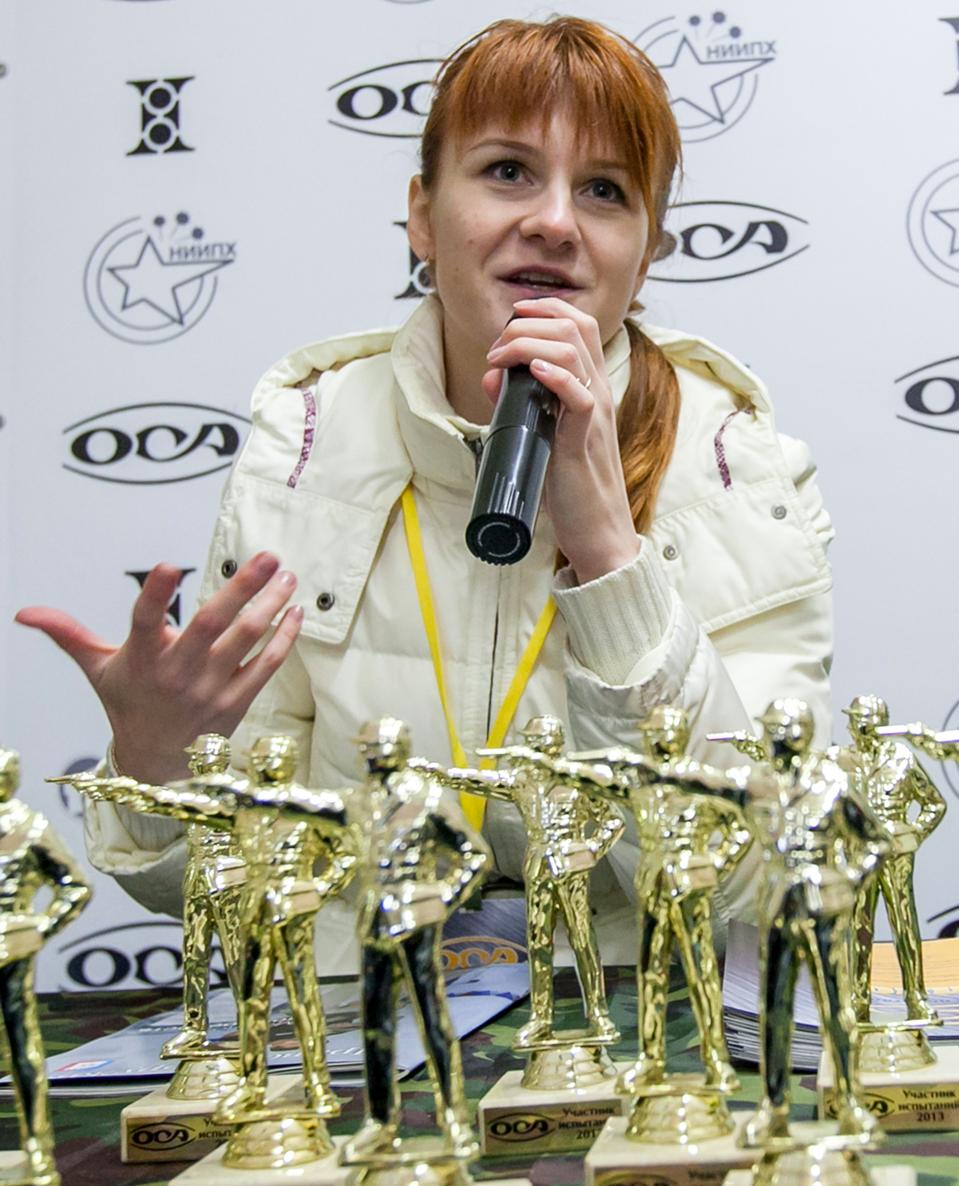 Senator Chuck Grassley in his own letter is cautioning the IRS about Senator Ron Wyden’s letter urging the IRS to investigate the NRA. Wyden refers to a report by the Senate Finance Committee Minority Staff – The NRA And Russia – How A Tax-exempt Organization Became a Foreign Asset.

The report leads off with Maria Butina. Her possible wrong doing is outlined in a DOJ news release in 2018. It boils down to the notion that the Russian Federation was trying to get an in with influential conservative organizations and that there were visits back and forth between Russia and NRA conventions with the possibility that NRA officers were angling for private benefit.

There seems to be plenty to look into and if enough of it proved out, that would jeopardize the NRA’s exempt status, since one of the things exempt organizations are not supposed to do is break the law.

Grassley’s letter makes light of the possible effect of this imbroglio on the exempt status of the NRA. He makes a more important point. Noting that “the IRS should never investigate taxpayers as a result of potential political motives”, he invokes the specter of the interminable IRS scandal.

This decade has already seen the IRS involved in enough controversy around politically-motived tax enforcement, and the IRS should strive mightily to avoid such episodes in the future. As you are well aware, in May 2013 a scandal engulfed the IRS with its partisan enforcement of applications for tax-exempt status under Sec. 501(c)(4) of the tax code, as led by Ms. Lois Lerner.

My own reading of the scandal is a little different than Senator Grassley’s. I don’t see Lois Lerner as having led anything and I don’t think the gang that couldn’t sort straight in Cincinnati was politically motivated, but his main point is still a good one. The IRS should stay out of this and I have what I think is a better reason.

One of the classic stories of crime fighting is the one where mobster Al Capone is convicted of failing to file and pay income taxes. This reinforces the notion that one of the ways to punish people for their crimes is to actually enforce the income tax laws more vigorously against them than against evaders who only have legal source income.

Part of the reasoning here is that the IRS is super capable with the best forensic accountants in the world. I don’t know whether that was ever true, but at least it is no longer super capable and its supply of forensic accountants must be dwindling as IRS headcount is down over 25% thanks to budget cuts with the cuts coming disproportionately out of enforcement personnel.

Let the other branches of law enforcement do their jobs proving the crimes of today’s Al Capones and leave the IRS to collecting taxes. Let IRS CI focus on people whose only crime is tax crime. The inspiration for this line of thought goes to my earliest days of public accounting.

The Wisdom Of Managing Partners

I learned a lot about business from watching my first managing partner Herb Cohan, son of Joseph B Cohan, the founder of the eponymous firm we called JBC.

As a raw junior accountant doing line-ups (Copying the account number and names on thirteen column worksheets and preparing depreciation and prepaid insurance schedules to make life easier “in the field”), I would observe a lofty senior packing his audit bag.

If Herb was nearby, the routine was always the same. “Where are you going?” Herb would ask. The senior would respond with a client name. Herb would invariably say “Bring back a check”.

And if the IRS is going to help with the deficit that is what the Commissioner should be thinking when he sends out his dwindling supply of auditors. Will they be bringing back a check? (Technically they bring back assessments and it is the collection people who bring back the checks, but that is neither here nor there.)

Investigating the NRA will not bring in any revenue to speak of, so leave it to the FBI or whoever should be looking into the matter.

The IRS does important work, such as audits of tax-exempt hospitals and investigations into possible abuses of conservation easements. In order for this important work to maintain its legitimacy, the American public must believe the IRS is not, or might not become, biased against them based on the exercise of their constitutional rights.

I don’t know about the tax-exempt hospitals, but there has to be some potential in syndicated conservation easements.

“First, where is Grassley’s outrage over the Schedule B proposed regulations? There the Trump Administration is negating the “ideological neutrality” of the IRS by allowing political interference in the workings of the IRS. Second, Grassley ends with reference to the “IRS scandal,” which he calls “politically-motivated tax enforcement.” We now know the tea party movement was a political operation financed by the Koch brothers and their allies. When they lost control of the tea parties, they stopped funding them. That’s why we no longer hear much about them. These obviously political groups should have been denied by the IRS but instead their applications were held in suspense by the IRS, which did not affect their exempt status. Of course, if the IRS had properly denied the tea party groups, Senator Grassley and his colleagues would have yelled bloody murder and accused the IRS of being politically motivated, so it was a no-win situation for the IRS.

Adriana Belmonte has Chuck Grassley warns IRS to stay out of NRA drama: It’s not a ‘political weapon’ on yahoo!finance.

Joshua Rosenberg has Grassley Asks IRS Not To Revisit NRA’s Tax-Exempt Status behind the Law360 paywall.

I looked a bit into Senator Grassley and discovered that he and I have something in common. We are both upset at the History Channel for not having enough history.

3 key things to know before opening a home equity line of credit
Tourism is roaring back in China. But the $6 trillion consumer market is digging itself out of a deep slump
Here’s what the Federal Reserve’s 25 basis point interest rate hike means for your money
The outgoing CEO of a giant autos firm had a message for his successor: Don’t be like me
Rivian to lay off 6% of its workforce as EV price war concerns grow