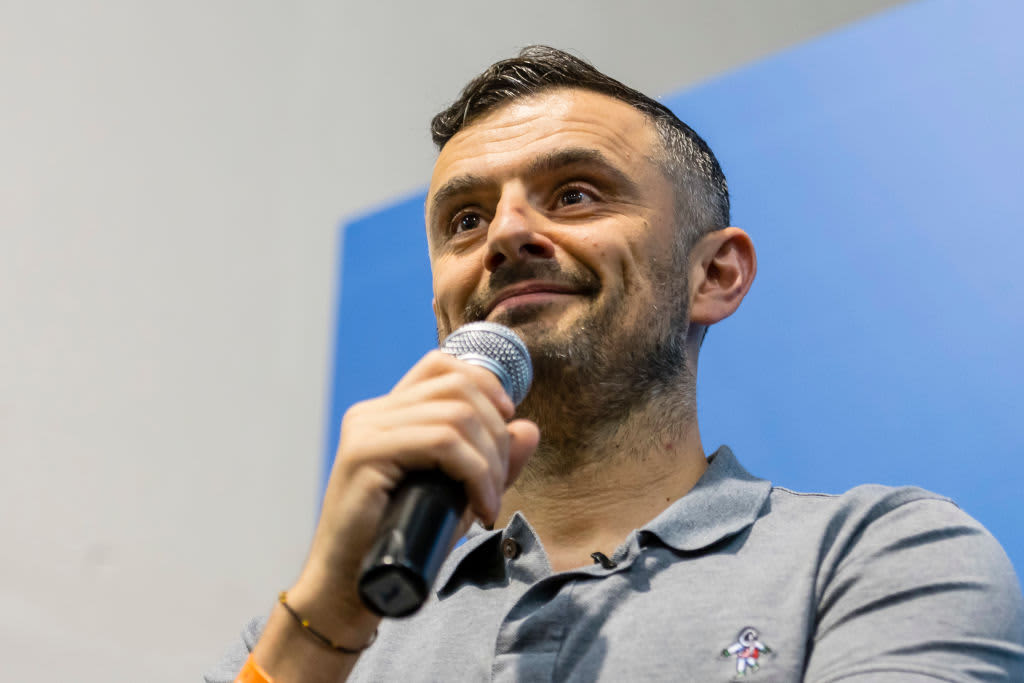 As people find new ways to connect throughout the coronavirus pandemic, Tencent-owned TikTok — a platform that allows users to create short, 60-second videos — went from being an app on the rise to a stay-at-home staple. In fact, its popularity has exploded — in the month of March alone, 28.8 million unique U.S. users flocked to the app, averaging 858 minutes of viewing each, according to Comscore Inc. data.

Comedy, dancing, lip-syncing and other forms of talent have become the sweet spot for most content creators that have built up significant fan-bases on the platform. For consumers, it’s no surprise that the lighthearted nature of that content has given TikTok its moment. And for creators, it’s built a massive opportunity — one such user is making $10,000 per month from being on TikTok just four hours a day.

“There’s an enormous amount of people watching right now,” says serial entrepreneur Gary Vaynerchuk. “I took advantage of the moment in time that TikTok is in right now, which is a little more positive, pro, happy, lighthearted, and I thought the momentum would build.”

And it did. While TikTok has proved to be a profitable side-hustle for many users who have leveraged their following and landed sponsorship deals, it’s also become a tool for doing good throughout the pandemic. Earlier this week Vaynerchuk, who has just over 4 million followers on the platform, orchestrated a live 12-hour TikTok telethon where he raised $2.3 million for the “All-In Challenge” benefiting Meals on Wheels. A roster of celebrity guests joined him throughout the 12-hour live-stream, including Howie Mandel, Paris Hilton, and the D’Amelio sisters, who have become perhaps the most influential young celebrities on the platform since its inception in 2016.

Vaynerchuk on positivity and the path forward

While small businesses have been ravaged and unemployment has reached astronomically high levels at the hands of the pandemic shutdown, many have tried to heed Vaynerchuk’s advice of tripling down on platforms like TikTok. As a result, the serial entrepreneur offered a bearish tone toward reopening efforts throughout the country.

“You can’t win in the business world if you don’t have your health,” Vaynerchuk says. ”So many of us love business and entrepreneurship and operations and economies and things of that nature, but health over everything.”

Communication is fundamentally how the world turns; and I implore this audience to triple down on their efforts of being a written, audio or video communicator on the platforms.

When asked what he’s particularly bullish on, the early Uber, Snapchat and Twitter investor says, “the internet,” adding that these difficult circumstances are all about “a mindset of attacking what you can control.” He highlights small businesses that have pivoted to alternative methods of doing business, such as delivery and direct-to-consumer sales, in order to stay alive throughout the downturn.

“It’s devastating if your business is dwindling away and you can’t reopen,” Vaynerchuk says. “At the same token, control what you can control. The only thing that’s not going to work is dwelling and crying about things you can’t control.”

SIGN UP: Money 101 is an 8-week learning course to financial freedom, delivered weekly to your inbox.

CHECK OUT: If you invested $500 in 2010 according to Warren Buffett’s advice, here’s how much you’d have now via Grow with Acorns+CNBC.

Disclosure: NBCUniversal and Comcast Ventures are investors in Acorns.

Stocks Are Crashing But History Shows This Bear Market Could Recover Faster Than Others
New York City Sellers: Should You List This Summer?
Political Ads Targeting Inflation Ahead Of Midterm Elections Could Force The Fed To Keep Hiking Rates: Goldman Sachs
RH shares slide after company lowers its outlook for the year
Overturning Roe v. Wade could have long-term financial impacts on people who are denied abortions, research shows