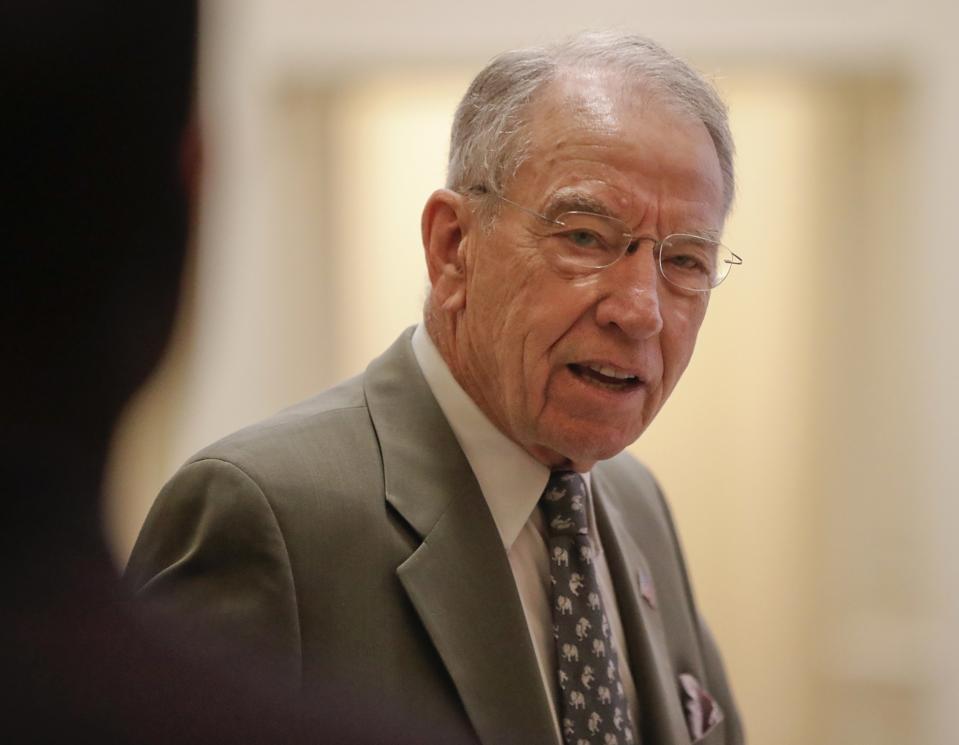 The recent GAO report IRS Could Better Leverage Existing Data to Identify Abusive Schemes Involving Tax-Exempt Entities is not nearly as boring as the title makes it sound. In order to get to its recommendations the report authors had to describe the shenanigans that the scoundrels are engaging in. The report might serve as a heads up that trouble may be coming for them. Good citizens can only hope.

The report is addressed to Senator Charles Grassley, Chair of the Senate Finance Committee, so it is no surprise that it leads with the syndication of conservation easements.

Sources tell me that the center of this particular tax scam is Rome, Georgia. There is a story there, but I have not been able to nail it down. Of course, there are also those who argue that syndicated conservation easements are the subject of unjust persecution.

On Page 12, the report gives a nice graphic of the seven steps of a syndicated conservation deal highlighting the step where it goes wrong – Appraisal. The report goes on to highlight the enforcement problem as three separate divisions of the IRS are involved.

There is a pretty good argument that syndicated conservation easements are inherently abusive, since it is hard to see how they can work without some serious fibbing about valuation. That is not the case with donor advised funds, a technique that I have recommended and would use myself if my ship ever came in.

The graphic on page 15 of the report illustrates how DAFs work and ways in which they can go bad. One thing which is not illegal, but a cause for concern is holding onto assets indefinitely and never having them be put to actual charitable use. Then there is the donors regaining control of the assets with nothing ever going to actually charitable purposes. Not mentioned there is the ever present problem of valuation.

That graphic is on page 17 of the report. This was a new one to me.

The report notes that audit activity in the IRS TE/GE (Tax exempt – government entities) audited 2,294 abusive tax transaction involving exempt entities from 2008 to 2017. The trend has been down. The high was 886 in 2009. The low was 10 in 2017. Given that there are over 400,000 DAFs and God knows how many syndicated conservation partnerships, a lot must be getting by.

When tax exempt organizations are being exploited, but not themselves the subject of the audits, they are handled by SB/SE (Small business – self-employed) and LB&I (Large business and international). Over the same decade there were 4,207 audits of abusive transactions involving tax-exempts by those two groups, with a similar downward trend going from 1,196 in 2009 to 99 in 2017.

The explanation for this decline can be found in the chart in another GAO report about staffing.

“IRS staffing has declined each year since 2011, and declines have been uneven across different mission areas. GAO found the reductions have been most significant among those who performed enforcement activities, where staffing declined by around 27 percent (fiscal years 2011 through 2017).”

The GAO recommendations smack a little of rearranging the deck chairs on the Titanic. The project codes identifying abusive transactions are inconsistent across the different divisions.

“Our recommendation to separately track the tax amounts recommended, assessed, and collected between abusive tax avoidance transaction issues and nonabusive transaction issues remains open because IRS said resource and capability constraints preclude it from capturing information in this way.”

If the IRS only has enough staff to do a hundred audits of abusive transactions involving tax-exempts, it’s hard to see how better analysis will help all that much.

“As we discussed earlier in this report, IRS’s Research, Analysis and Statistics office also has developed the capability to analyze narrative information, which it has tested on the Form 8886. However, this analytical tool is not being used operationally to review the Form 8886 or any other disclosure report. Our analysis shows that the tool has the potential to help IRS better search disclosure reports for additional information about transactions that could help IRS identify potentially abusive schemes involving tax-exempt entities.”

Coming up with more audit targets will not be that useful if there is nobody to do the audits.

Apparently this story is not trapped in the tax ghetto. A site called MeriTalk has GAO Recommends IRS Use Data to Identify Abusive Schemes. The identifying will not be much use without staff to actually go out and audit.

Theresa Schliep has IRS Not Using Resources To Fight Nonprofit Abuse, GAO Says behind the Law360 paywall. She leads with

“The Internal Revenue Service’s inconsistent identification of tax-exempt entities and its underuse of a data”base hamper the agency’s ability to combat abusive tax schemes by tax-exempt organizations, the Government Accountability Office.”

Reading everything in the report, it would probably be a little more accurate to say that the inconsistent identification would hamper the IRS if it actually had the capacity to do a meaningful number of audits. I think the key takeaway is that there were just about a hundred audits of these sort of transactions in 2017.

Michael Cohn had something similar at accountingtoday.

“The Internal Revenue Service could make better use of its data to ferret out abusive tax schemes involving charities and other tax-exempt groups, including syndicated conservation easements, according to a new report.”