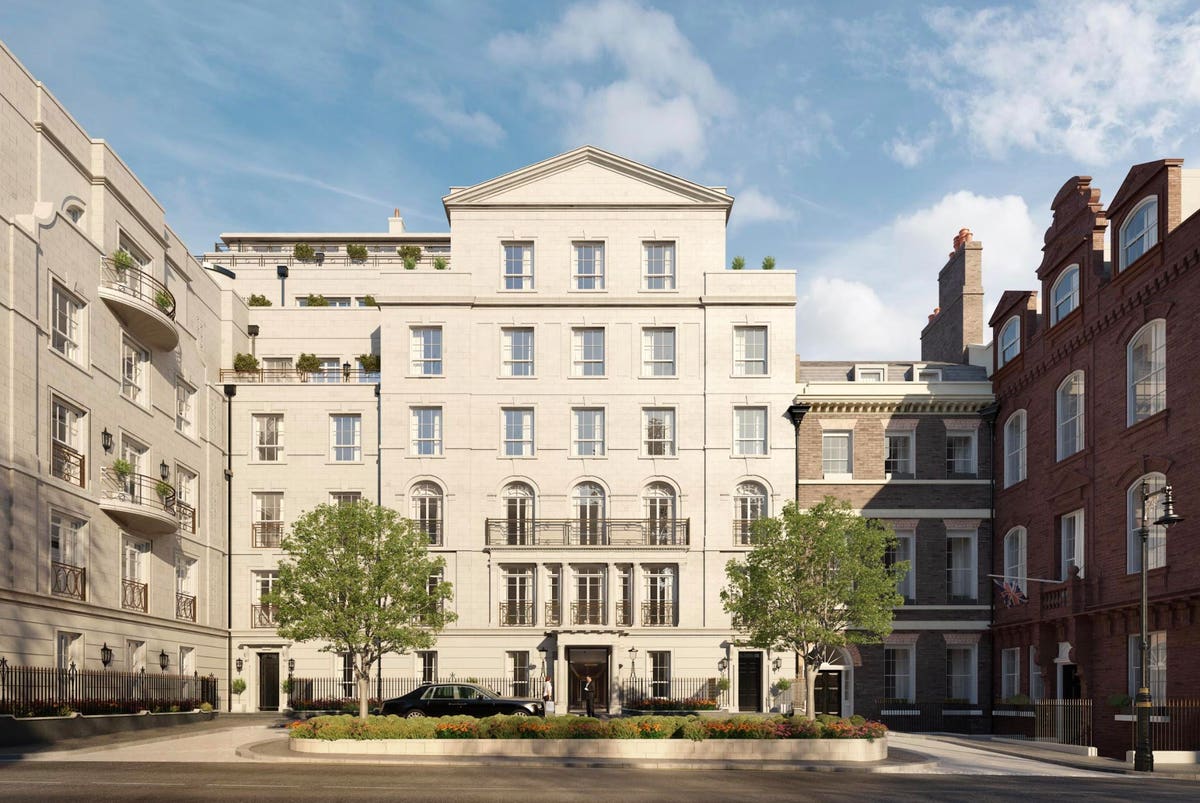 “If I hadn’t found Audley Square, we wouldn’t be sitting here having this conversation,” said John Caudwell, speaking from his home in Staffordshire, England, about his nearly decade-long search for the site of his next major project.

Caudwell, who sold his company Phones 4u for an estimated $2.8 billion in 2006, has launched a luxury real estate development initiative focusing initially on several European locations. The company’s next marquee project in the UK will be a Robert AM Stern-designed overhaul of a former hotel and parking structure in London’s prestigious Mayfair Village.

“I wanted something in five hundred years time would still be there, looking beautiful. The building we are putting up will stand the test of time,” said Caudwell.

This 29-unit project will be made up of a mixture of penthouses, townhouses and condominiums in one of the more residential areas of the neighborhood. Mayfair, known for having some of the most expensive real estate in London, is also the location of Caudwell’s high-profile London residence valued at an estimate exceeding $230 million. Said to be the most expensive house in Britain, its extensive renovation, detailed in this documentary, has received multiple design awards since its completion.

Making the transition from phones to real estate was a natural shift, says Caudwell.

“I was in a business that definitely wasn’t for the faint of heart. Just like the stock market fall I lived on the edge of my seat every minute, of every hour, of every day. Real estate is a business that’s slower. You’ve got time to think about it. I never had time in my business. So when I sold out, real estate seemed an obvious choice to go into. Something that not only would give me more time to build a business and to make the decisions, but something creative. Something where you could remove an ugly blot off the landscape and put something there that was beautiful.”

The design for Audley Square Redevelopment will bring porticos and balconies to the façade of the building, plus sculptural balustrades and ornate fretwork.

“All sorts of architectural design features that would give it depth of field. Not just flat lopsided buildings. I wanted features,” said Caudwell, who summarizes the goal for the aesthetic as ‘grand mayfair architecture’. “Of course straight away when you do that you’re building in huge cost. But all the people were told at this stage we don’t let cost get in the way of what my vision is. If at some point in the future something is just ridiculously too expensive we can look at that.”

The interiors will include expansive rooms with high ceilings, spiral staircases and special entrances. Where possible, the residences will include elevators and private spas or pools.

Caudwell, who has signed the Giving Pledge promising to leave at least 70% of his wealth to charitable causes, adds, “When people buy an apartment in Audley Square, they will also know eventually 70% of  the capital and the profit will find its way into a charitable purposes one way or another.”

Besides charity, Caudwell sums up another driving force behind this project by saying “I’m passionate about it. I’ve put my life and soul into it. Every single time I look at the space planning I come up with another idea to make it better.”