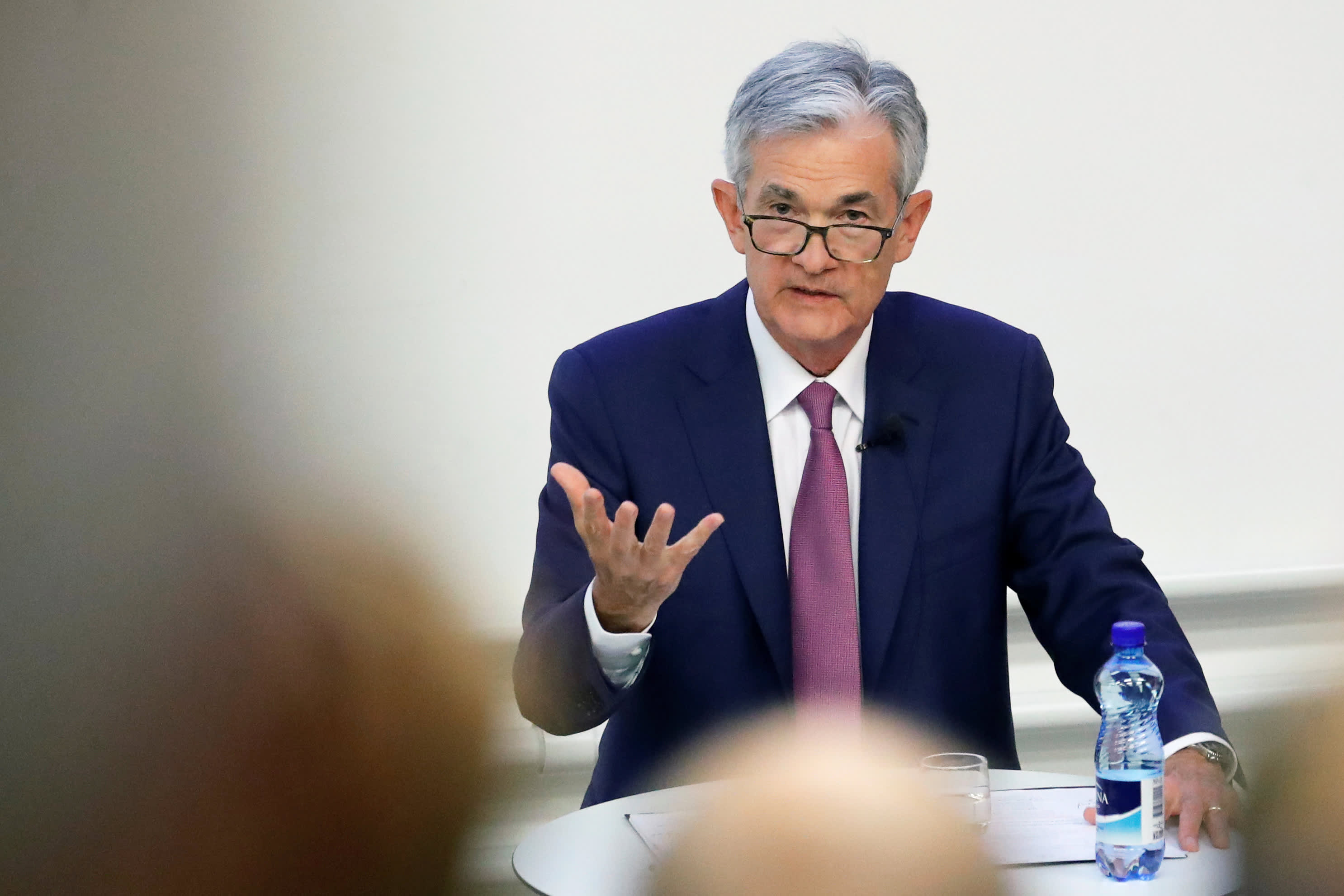 Federal Reserve Chairman Jerome Powell said Friday that the ongoing trade war between China and the U.S. is weighing down companies’ investment decisions.

“I think it is the case that uncertainty around trade policy is causing some companies to hold back now on investment,” Powell said in Switzerland. ”We’ve been hearing quite a bit about uncertainty. So for businesses, to particularly make longer-term investments in plants or equipment or software, they want some certainty that the demand will be there.”

China and the U.S. have been engaged in a trade war that has rattled financial markets since last year. In August, an escalation between the two countries led U.S. equities to their biggest one-month loss since May.

Tensions between China and the U.S. thawed slightly this week after Chinese trade officials said they would fly to Washington next month to continue negotiations. However, expectations of the two sides reaching a deal are low.

The uncertainty around trade has contributed to the Fed easing its stance on monetary policy, following other central banks overseas. The Fed cut rates by 25 basis points in July and is expected to trim rates again later this month.

Powell said lower rates are helping to keep the U.S. economy in a good place. The U.S. services sector expanded at a faster rate than expected in August, according to data from the Institute of Supply Management released Thursday. However, the U.S. manufacturing sector contracted for the first time since 2016 last month.

The chairman said he does not expect the U.S. economy to fall into a recession.﻿

Home Prices Finally Cooling Off? Market Slows In April, But Demand Remains High Despite Rising Mortgage Rates
Winning ticket for Powerball’s $366.7 million jackpot sold in Vermont. Here’s the tax bite for the winner
Juul asks court for temporary block on FDA’s ban of its e-cigarettes
Microsoft And Cisco Face Shareholder Pressure Over Public Disclosures
Stocks Close Out Worst First Half Of A Year Since 1970