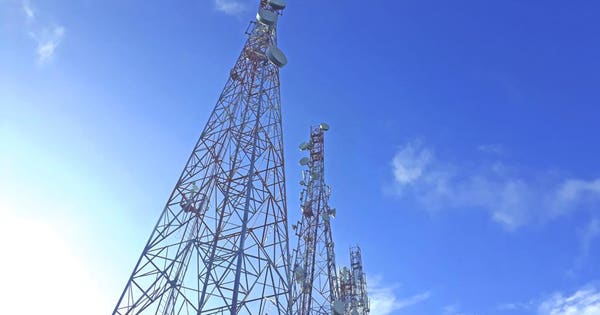 The world is on the cusp of a massive $12.3 trillion 5G explosion.

Some of the world’s biggest businesses — Qualcomm, Intel, Verizon, and Ericsson to name a few — are piling in.

Even governments are vying for 5G supremacy.

The thing is, these blazing-fast wireless networks are set to change everything …

On the other side of the world.

While most of the world was fixated with the trade war, Reuters reported in June that the Chinese government quietly expedited the full commercial development of domestic fifth-generation wireless.

Deployment was previously set for the end of 2020. The beneficiary was Huawei, in a time of need.

The world’s largest supplier of telecom equipment became a logical target for the Trump administration. In May, the company was placed on a blacklist over feared ties to Chinese state espionage. U.S. technology firms were forced to apply for licenses to continue business with the Chinese company.

And that blacklisting isn’t going to end anytime soon.

In fact, the White House has been pressing allies to forgo using equipment from Huawei, too. The Wall Street Journal reported Monday that the U.S. and Poland signed an agreement to tighten 5G network security.

That’s why China’s ramping-up of domestic 5G spending is such a big deal.

China Mobile claims 700 million users and 2.4 million base stations. The company will roll out 5G services in 40 cities by the end of September, according to Chinese media.

5G isn’t just the next generation of a wireless connectivity. It is the foundation for the first generation of truly smart things. Fast, low latency networks will support billions of connected devices communicating at a machine level.

Factories, cars and city infrastructures will share information while sending data back to the network for analytics.

In China, 5G is already being utilized for a facial recognition program that is rewriting social norms. In Beijing, you can now withdraw money from a bank, pay for food in restaurants, and even check in at the airport with only facial recognition software.

But there is a dark side to these amazing advances. Along with the consumer applications to facial recognition, China is building out an unprecedented surveillance state.

The state began in 2005, an ambitious program called Skynet. The goal was to blanket every urban center with cameras. A decade later, China Daily reported the program completed 100% coverage of Beijing, a sprawling city with 21 million residents.

A short film from The Economist October 2018 noted that 170 million surveillance cameras were installed statewide, and 400 million new units are planned by 2021. Many have facial recognition software capable of reading and interpreting people’s emotions, and of tracking a person’s sexuality and ethnicity.

The version of the state-surveillance program is already active. Using facial recognition, CCTV cameras will capture “unacceptable” behavior. The individual’s face and a description of what they did is displayed on public monitors, inviting public scrutiny and shaming them.

The government is collecting all this information and adding it to a massive database.

This technology is playing a big role in the apprehension and internment of as many as one million ethnic Uighurs in the Xinjiang province, according to an April New York Times story. Facilities with armed guards oversee the re-education of the largely Muslim minority.

Ambarella used to be best known for the video processing found in GoPro cameras. However, managers recognized in 2015 that in order to grow business, the company needed to move beyond expensive toys.

They invested $250 million into new silicon that included both proprietary processing and CVflow, an innovative deep neural network AI. Mass production of the system on a chip began during calendar 2018.

Dr. Fermi Wang, chief executive officer, claims the new chips use one sixth of the power consumed by rivals from NXP Communications and Texas Instruments. They are also smaller and can be housed in a single box, making them suitable for a wide variety of automotive, surveillance and robotics applications.

Second-quarter revenue rose to $56.4 million, 20% above the prior quarter and 10% year-over-year. The company has 58.1% gross margins and $8.1 million of operating cash flow. Ambarella ended the quarter with $376 million in cash.

The shares trade at 8.7x sales for a market capitalization of $1.9 billion. Given the potential of security camera market and and large cash position, the stock is still cheap.

I’ve been recommending Ambarella since its debut in the mid-single digits in 2012, and still like it.

Growth investors should consider buying Ambarella at current levels. The stock could double in three years.