President Donald Trump managed to make some progress in the latest round of U.S.-China trade talks, but CNBC’s Jim Cramer says investors must read the fine print. The “Mad Money” host previews a big week of earnings and offers tips on golf stocks. He catches up with Wendy’s CEO Todd Penegor to get more insight into how the restaurant chain’s breakfast strategy will work in a competitive market. 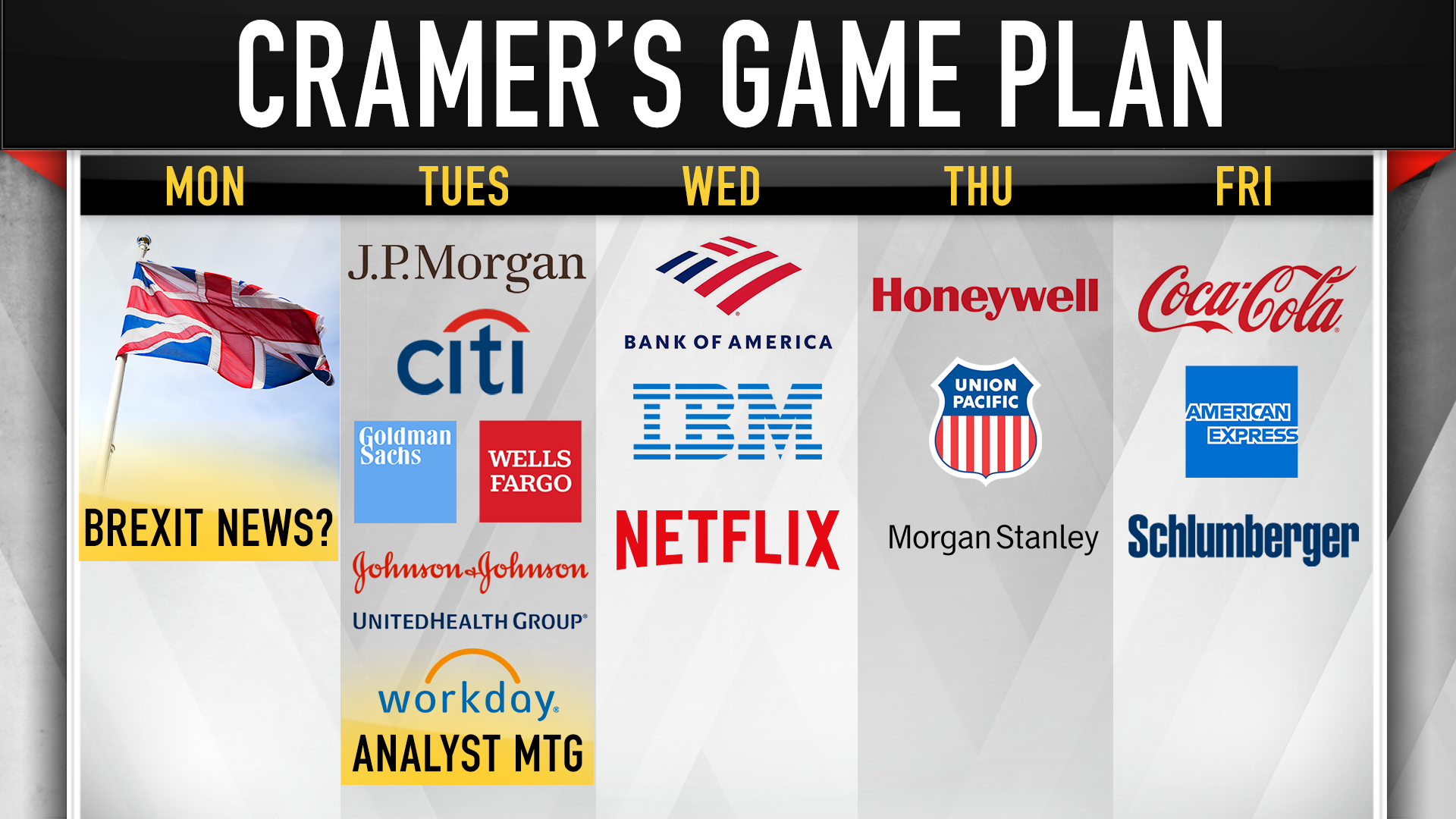 CNBC’s said Friday that he wants to read the fine print before he turns positive about President Donald Trump’s claim that U.S. and China trade negotiators reached a “phase one” deal.

Investors responded positively to the news. The three major U.S. stock averages all rose more than 1% by the session close. The major indexes finished the week higher, with the and breaking three-week losing streaks.

China agreed to as much as $50 billion in agricultural buys and some intellectual property concessions, according to Trump. In exchange, the U.S. canceled a tariff hike that was to go into effect next week.

The preliminary deal, however, has yet to be signed, and officials are expected to get to work on phase two right away.

“With this latest news on trade today, next week is still going to be about China, but not as much, I think. A trade deal … means we can finally focus on the substance of earnings, and I like that. I’m expecting many of these quarters could be better than expected,” the “Mad Money” host said. “[This] could be a good week, as long as Washington doesn’t get in the way.”

Cramer revealed what’s on his calendar next week

Wendy’s CEO: ‘You put bacon on just about anything, folks love it’

Shares of Wendy’s tumbled last month when investors got word that the fast-food chain was jumping in the breakfast business, but CEO Todd Penegor on Friday sold his long-term case to Cramer.

Despite the more than 10% stock price decline on Sept. 10 coming off the announcement, the franchise is betting that its $20 million investment in the competitive morning-side meal market will pay dividends.

“We have a menu that can compete, a low-investment and a high-return model for our franchise community,” Penegor said in the interview. “So we’re leveraging all of our existing equipment and we’re going to bring it to life in a big way in 2020.”

Tiger Woods of the United States reacts on the 15th green during the final round of the Masters at Augusta National Golf Club on April 14, 2019 in Augusta, Georgia.

Cramer noted that golf stocks have been bouncing back the past three years and it’s one sector that can keep working no matter what’s going on in the U.S.-China trade war. TopGolf, the golf simulation that brings fun to the game, is helping to power secular trend in the industry.

The host offered some tips that investors can use for their portfolios.

“Golf is working and that’s why you’ve got to stick with Callaway and even Acushnet,” he said. “Although if you have to pick one … it’s Callaway, and don’t forget if you want yield I suggest you go with EPR.”

Hate him or love him: Trump’s trade strategy is working

Trump announced that the U.S. and China was able to reach a preliminary trade deal after wrapping up another round of talks this week. It’s a sign of progress in which he claims the Chinese government will make concessions on intellectual property protection and agriculture purchases. Trump agreed to halt a tariff hike that was scheduled for Oct. 15.

Unlike the NBA or Apple, the commander in chief has no worries about losing access to China’s lucrative consumer market, Cramer said.

“So, whether you … love President Trump or you hate him, he has definitive the upper hand here,” the host said. “I think they finally realized that they can’t afford to keep taking these hits, and it’s cheaper to just give Trump what he wants. In other words, hate him or like him, the strategy is working.”

Some experts say a recession is coming. Here’s how to prepare your portfolio
Shay Holland On The Road To HGTV, DIY And Interior Design Trends
America’s richest self-made woman grew up on a dairy farm—now she has a net worth of $11.6 billion
Will A Cash Balance Plan 401(k) Combo Secure Your Retirement?
Students are taking on ‘unsustainable debt’ for college, says former FDIC chair: How to know what you can afford