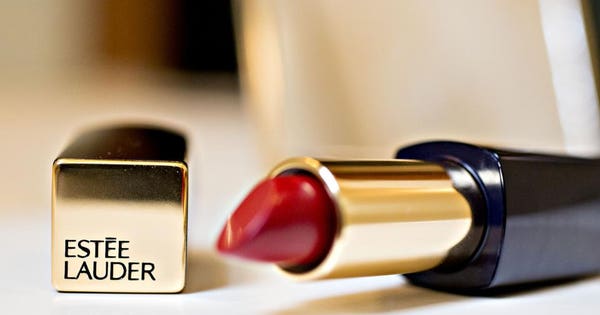 Estee Lauder Looks Unstoppable Even In A Volatile Market.

After losing 4.5% early on, the S&P rallied back nicely to close August down only 1.6%. In contrast, Wayne Himelsein, one of my best managers, closed the month nicely positive, up about 1.9%. Wayne does well in volatile markets. Today, I asked Wayne to explain why he bought Estee Lauder to illustrate how volatility figures into his stock selection criteria.

Ken Kam: Congrats on a nicely positive month in the face of the market’s rough decline! As you mentioned last week, there was noticeably higher volatility in both directions. Do you think the choppiness may persist?

Wayne Himelsein: Yes I do think the volatility persists. I say this simply because volatility has some well established and reliably consistent characteristics, namely, its tendency to be “sticky” or to cluster. What this means is that low volatility is more likely followed by low volatility, and high volatility by high. There’s nothing magical here, just the simple idea that volatility tends to stay where it is.

Kam: But volatility changed from lower earlier in the year to higher in August!

Himelsein: Yes, it certainly did. Of course, it will go through shifts from one zone to another, but the big point is that the shifts are less frequent then we assume. Or said differently, the probability of it staying the same is higher. At some point, it’ll get lower gain (or maybe even higher), but if we are in the stock market taking bets, we should bet on the greater likelihood.

Kam: That’s very true; when we invest in stocks, we incidentally accept the volatility they come with. We can’t have one without the other. And yet few people consider that they are also investing in volatility. How does this play into your stock-picking technique?

Himelsein: Yes, volatility is integral to our investments. In fact, as much as it’s a product of almost any stock we buy, it’s really sort of its own “stock”. When one invests in a stock, they are also investing in its unique volatility characteristics. It’s like the tires that come with our car. You can buy any car you like, but it’s not going anywhere without tires. Moreover, if you put big chunky off-road tires on it, it’ll be a smooth and noisy ride, whereas if you put racing slicks on, it’ll be a quiet and bumpy ride.

This inevitable alignment of a stock with its own volatility profile definitely plays into my selection criteria in a very specific way. My assertion that there is a higher likelihood of past volatility behavior continuing provides a window into setting future expectations. Obviously, if we buy a highly volatile stock, we should expect wild swings from it.

Kam: So let me guess, is it that during more volatile periods in the broader market, you would prefer to lean to less volatile stocks, as a way of counteracting the environment around you?

Himelsein: That is definitely an on-point thought and good solution, and yes, that is generally a preference that I would lean toward. Volatility is an incredibly interesting parameter because it can tell us more than we realize; it has internal characteristics that reveal insight.

For example, volatility is not one thing, but two; there is upside volatility, and downside volatility. And there is an extreme of each of these, where some stocks are prone to heavier downward drops, and others, frequently providing big upward leaps. To state the obvious, we’d all prefer the latter!

With this in mind, I particularly like the stocks that seem to offer us more upside volatility such as my pick for today, Estee Lauder.

Himelsein: Let’s start with the big surge upward on August 19th after a strong earnings report. The market loved the earnings and outlook. But the bigger point is that this was not out of the ordinary for Estee Lauder, for the very same market reaction took place on February 5th of this year. And we step back to last year, in the midst of the market’s falling, Estee Lauder had yet another big gap up on October 31st. The stock is no stranger to sizeable upward gaps.

Moreover, from the February 5th gap up through the August 19th one, Estee Lauder climbed rigorously. The single-day leaps clearly did not exhaust the demand of the buyers. In fact, not even close. There has been so much buying pressure all year long that the meaningful single day upside pops appear just to be a minor part of the strong advance. This is rare.

Kam: I see that, and yes, it’s quite impressive? I know you always like to look both closer and further at stocks, as you usually say “from a different lens”, can you share more about the bigger picture?

Himelsein: Since 2010, Estee Lauder has been in a strong bullish trend. Along that path, it’s seen some pickups and slowdowns that play into what I consider to be very healthy behavior. As 2010 was a breakout of a long term top, it exploded aggressively for many years thereafter, finally cooling down its rate of gain in later 2013.

From 2103 through 2017, it gained, but quite a bit more slowly, taking time to consolidate and find its new way. When this occurs, we never know whether the prior aggressive advance was a one-time thing or the stock’s style. But it gave us this answer from mid-2017 through mid-2018 when it took off climbing with the same aggressiveness we had seen years before.

It was at that point that we learned that when it takes time off from rapidly advancing, it’s merely pausing until the next run.

Kam: So I’m going to guess that you see this happening again?

Himelsein: It’s happening right now! The advancing phase beginning in mid-2017 ended about April of 2018. From there, it started moving sideways in big choppy waves. It also, of course, got tossed around a bit in the market’s tumble in the fourth quarter of 2018, albeit still providing us a nice recovery move on October 31st.

But the strength that followed that period was beautiful. The February 5th gap up described earlier was not only a strong day, but it was also almost a full recovery of late 2018’s hiccups, and more so, with two weeks, by about February 15th, unrelenting buyers took us up to brand new highs.

The February 5th upside volatility move turned out to be none other than monumental, not only as an incredible display of energy for a single day, and not only as the catalyst that took the stock to new highs shortly thereafter, but the beginning of an advance that took us to the big gap-up move just two weeks ago.

Estee Lauder is in a phase that, at this time, is looking unstoppable.

Tourists are flocking back to Southeast Asia — but the robust recovery is showing signs of cracks
It’s Easy To Blame Private Equity For Housing Shortage, But Crisis Has Deeper Roots
Supreme Court’s overturning of Roe v. Wade will financially hurt the ‘most marginalized’ women, experts say
Wall Street layoffs likely ahead as two-year hiring boom turns to bust
As Klarna and Affirm falter, a new breed of ‘buy now, pay later’ startups are stealing the spotlight