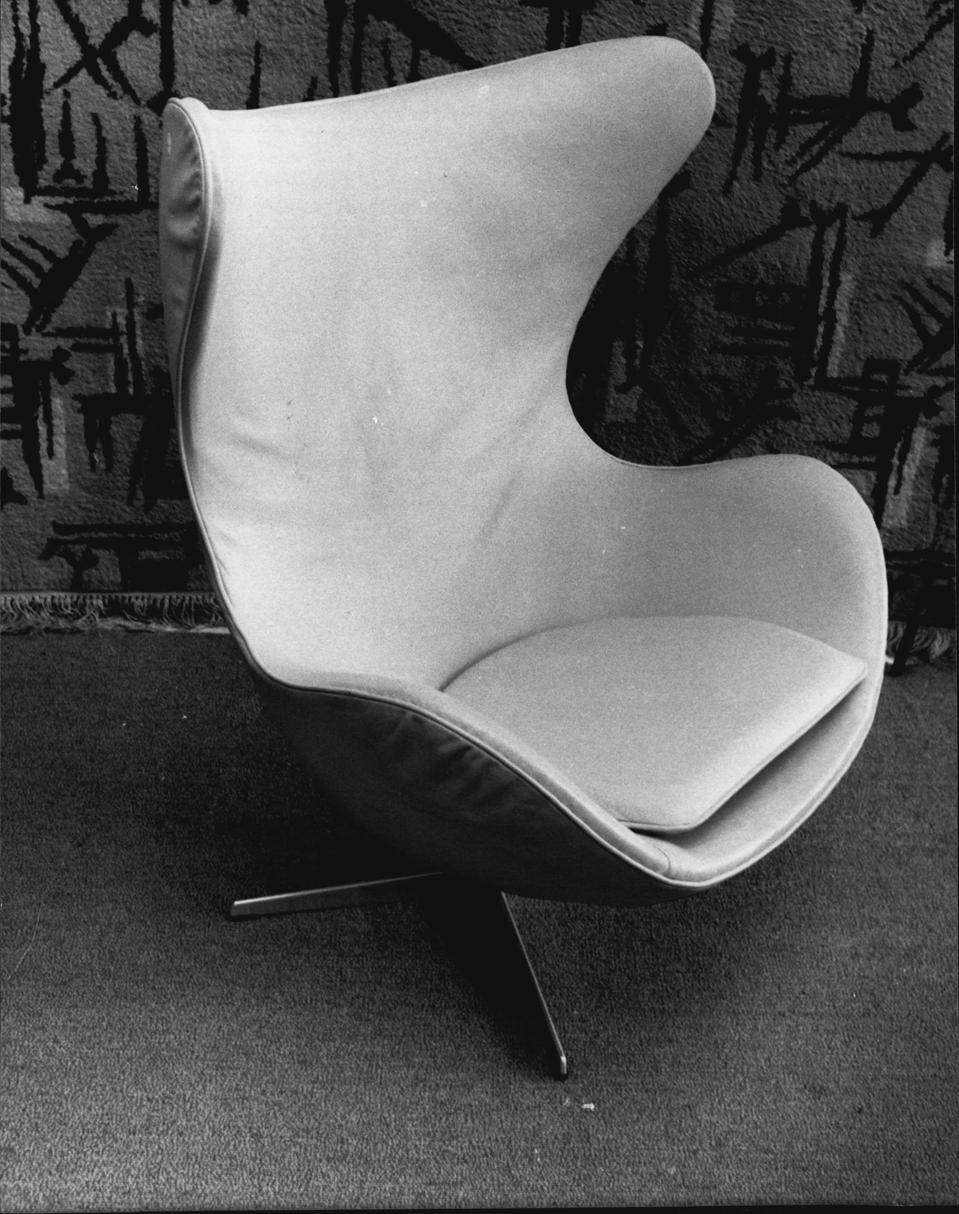 While furniture trends come and go, some things remain popular for decades. The Egg chair is a great example of a style that remains timeless. A perfect marriage of form and function, it’s a statement piece that’s equally comfortable and show-stopping. Unlike the iconic Eames Chair or Stark’s Ghost Chair, many designers have influenced the evolution of Egg chairs.

A Brief History Of The Egg Chair

According to Julie Muñiz, a chair enthusiast as well as an independent curator and art consultant, the ovoid egg form began emerging in seating furniture during the 20th century. “The first and most iconic Egg chair is the one designed by Arne Jacobsen for Copenhagen’s SAS Royal Hotel in 1958. Jacobsen wanted to create seating that provided a sense of privacy for the hotel’s public lobby spaces. His Egg chair is basically a modernized wing chair with sleek lines and a pedestal base,” she says.

The name is derived in part from the curved ovoid shape but also, “the way that shape nestles the sitter providing comfort and protection,” explains Muñiz.

In 1959, Nanna and Jorgen Ditzel created the hanging egg chair. “Made with rattan, their chair more closely mimicked the egg shape than Jacobsen’s. Hanging the chair allowed the sitter to swing, which took the cradled sensation even further,” says the curator.

Then, in the early 1970s, Finnish designer Eero Aarnio transformed his highly mod Ball chair into an egg-like pod.

There’s also the Henrik Thor-Larsen version from the same decade that was most prominently featured as a set piece on the television show Mork & Mindy, explains Reyne Hirsch (who is an icon herself, best known for her work on Antiques Roadshow), “This cool chair really resembled an egg (white shell, colorful interior) and even came with speakers for music inside. It also turned up again in the film, Men in Black in the 1990’s.”

So how has this design stayed so popular for decades? Hirsch, who has purchased and sold a great amount of 20th century design furniture over the past fifteen years, attributes nostalgia. “People tend to collect things because it reminds them of a happy time and place in their lives. We also tend to gravitate to things we grew up with. So perhaps your parents home was filled with mid-century modern furniture.”

The Jacobsen version of the Egg chair resembles the styles manufactured today, which are generally more teardrop-like. “This chair does not resemble an egg to the degree the Larsen chair does, yet it offers a wider wing back design that does curve to wrap around the sitter and is the perfect comfortable chair to enjoy a relaxing afternoon reading in,” says Hirsch.

Both versions of the chair can be found at vintage furniture stores as well as at auction, but they don’t come cheap. “Expect to pay $1500-5000, depending on color and condition,” she shares.

Luckily, there are many contemporary versions of this design available for all budgets.

Interior designer Alexis Rodgers of Home With Alexis is a big proponent of Egg Chairs. “They’re like cozy cocoons,” she says. “Chairs that wrap you up in a hug. I love the way the CB2 Pod Hanging Chair looks. The swing is so comfortable, if I had one I’d be even later to work every day because I’d never be able to leave it.”

Rodgers says she chose this chair in particular for the home of her client, Allison Weiss Brady because it’s playful. “The colors were still classy and neutral but the shape made it more fun than any other standard outdoor porch furniture silhouette.”

Not all Egg chairs swing. Tom Dixon designed one of Rodgers’ favorites. “They’re showstoppers. I can see them in a high-end Miami hotel. Such style and flair! And they are so comfortable!”

This vintage-inspired rattan swing from Perigold is the perfect piece for a sitting room, reading corner or indoor porch—hanging gracefully from the ceiling. Simple and chic, it is available in both white and natural colors.

Swinging egg chairs are great, but having to install them isn’t quite as joyful, so a stand can be incredibly useful. In a clean, white wicker, this versatile chair from Wayfair’s Bungalow Rose shop can be used both indoors and outdoors.

What is a ‘rolling recession’ and how does it affect consumers? Economic experts explain
Demand For Cold Plunge Pools Heats Up
High Housing Costs Drove Relocation For A Record 25% Of Home Buyers At The End Of 2022
Comcast beats expectations even as broadband growth slows, Peacock racks up losses
Egg prices rose 60% in 2022. One farm group claims it’s a ‘collusive scheme’ by suppliers