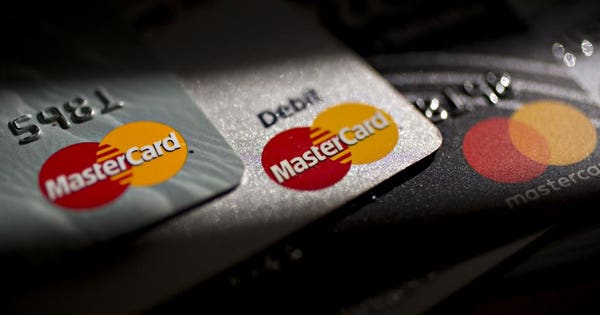 The S&P 500 made a new all-time high last week. Wayne Himelsein, one of my best managers, bought Mastercard even though his confidence in the market has been somewhat weakened by the failure of the Dow and Nasdaq to confirm the S&P 500’s new high, Let’s find out why.

Ken Kam: While it appeared to be a great week for the market, based on how I know you look at the world, I wondered about what you take from the divergence between the S&P’s new high, and the shortfall from the other major indices?

Wayne Himelsein: Great question, and an important one. My first easy answer is the simple and highly intuitive truth; it is always better when all major indices agree. Think of it as wanting an alignment of interests, wherein agreement clearly beats dissent.

As a matter of fact, this premise goes back to the earliest history of our markets. Charles Dow, who founded the Dow Jones (and co-founded the Wall St Journal), developed the DJIA as an index of the major companies to better assess how the broader economy was doing.

And particular to our discussion, Charles Dow also developed a trading approach dubbed “Dow Theory” which posited that when a major index makes new highs, it should be accompanied by similar moves in related indices.

Kam: I’m familiar with Charles Dow, and recall his focus on the Industrials aligning with the Transports. So does this broader market behavior shed some better light on what stocks we should buy?

Himelsein: To answer your question, my new pick for the week is Mastercard, but before I delve more deeply into my reasons for selecting it, I’d like to dive a bit further into Dow Theory vs. the events of this week!

As you just clarified, Dow Theory began with the idea of Industrials vs Transports, but the specifics do not change the core thesis. Transports were relevant 100 years ago because they dominated the country’s growth. Today, that might fairly be the Nasdaq!

To that end, the lack of alignment, or more specifically, the inability of specific large components of the market, including the Nasdaq 100, the Dow, and the Russell 2000, to accompany the S&P 500 on making new highs most certainly screams to the same issue. Not sure about you, but the scream hurts my ears!

Kam: So given this divergence which shares this age-old concept, you are more concerned about the market at these levels, am I reading that correctly?

Himelsein: High level, yes, that is absolutely correct – on both fronts. I see the bullishness in the market, but I hesitate as to its sustainability. For too many reasons to get into, I am less trusting of the market’s upside moves as of recent times then I was a few years ago.

2018 was a brutal year and has left a scar on market sentiment that reveals itself in the increased volatility and wider swings over May/June, and then August/September.

Above that, however, I am a very strong believer in the long term growth and quality of the US economy. Thus, instead of being torn on should I or shouldn’t I continue investing, I merely shift my focus to different types of companies; ones with some additional safety element.

Kam: So I assume the safety element is one of your reasons for choosing Mastercard at this time, can you share some of your other reasons?

Himelsein: Certainly. From a starting point of “safety”, I don’t profess to dive deeply into the workings of the business. But, from a supply/demand perspective, and observing the trading behavior, I really like Mastercard. In terms of the safety side, a major characteristic is its defensive posture, seen in its steady outperformance vs. the S&P 500, especially in 2018 downturns.

In 2018, the S&P’s lows in December were roughly 10% lower than its lows in February of that year. In stark contrast, Mastercard’s December lows were nicely higher than its relatively minor February fall. More generally speaking (but with this picture in mind), the S&P went through a violent fall in Q4 of 2018, whereas Mastercard methodically trended downward. The market panicked, and Mastercard reluctantly managed the inevitable accompanying selling pressure.

Kam: So in prior broad market sell-offs, it held up very well. In fact, while the market was quite down for 2018, Mastercard was up on the year. What else do you like outside of the safety of its independent strength in down markets?

Himelsein: It’s a characteristic that I’ve mentioned numerous times before (because I find reliably indicative of future performance), namely, its recovery rate. My long term experience has found high predictive value in this show of buying demand. Whereas the broader market took until early May to recover to its 2018 highs, Mastercard did so by the end of February; about 3 months quicker.

And from that break-out, rapidly moved into a strong uptrend and consistent new highs over the next many months with the latest high earlier this week! It’s been a smooth gliding powerhouse since February, pausing only for a few days at a time to breathe, and then powering on to make consistent new highs.

Kam: I see that it just made new a high early this week, and then fell heavily off that over the next few days following. But you still like it here?

Himelsein: Definitely. Even though it retraced for a couple of days, it’s behaved exactly like this all year long (as well as in prior years); it retraces slightly and then picks back up to outdo itself. In fact, it’s pretty clear that after two or three days, it stopped abruptly, and bounced slightly to find a stable level along its trendline. To me, this is an ideal entry point.

In general, there is no better time to get into a strong trending stock then after it’s had a mild pullback and gently found itself a local base that aligns nicely with its longer-term trend. More so, with an extremely close look, the last few days of the week were already a pop back up from its Wednesday low.

Every stock out there ebbs and flows. The best way to think about stock investing is to find good stocks and get them on their ebbs so you can enjoy their flows — and that is Mastercard today!