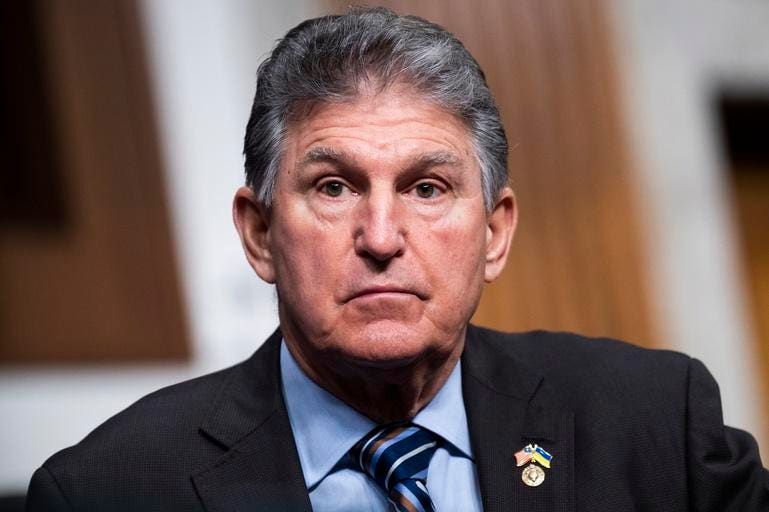 It’s summertime and the livin’s easy. Easy in the sense of carefree and casual. Easy in the comfort of knowing your actions will have global repercussions, but you’re immune from the fallout.

Manchin said he’ll oppose any Senate reconciliation bill that includes the Biden administration’s plan for a 15% global minimum tax on corporate profits — which corresponds to pillar 2 of the OECD master plan.

Manchin’s precise language left open the possibility that he might reconsider the tax provision after Congress returns from its August recess. Don’t be fooled by the tease.

There’s almost no chance another batch of monthly economic data will inspire a change of heart. Manchin says this inflationary period is the wrong time to approve a new tax regime.

Nobody expects inflation to miraculously recede over the course of the summer. The best-case scenario is that it doesn’t get worse. Moreover, Manchin’s orientation — linking the fate of the OECD project to the U.S. inflation rate — is peculiar. It’s a distraction, really.

The linkage ignores that tax increases are deflationary. They marginally reduce the aggregate pool of disposable income circulating across the economy, similar to what happens when the Federal Reserve Board increases interest rates.

Tax cuts feed inflationary pressure for the same reason. They marginally increase the pool of spendable dollars in circulation, similar to a drop in interest rates. If lawmakers were serious about curbing inflation, they’d worry more about imprudent tax cuts than possible tax increases.

As everyone in Washington knows, harping about inflation is an excuse for not doing the things you were never going to do anyway. It’s political cover.

In his July 15 interview, Manchin invoked inflation fears to contemporaneously reject both federal spending and federal taxing — even though the fiscal trajectories of those items point in opposing directions. That’s disingenuous. It would have been more straightforward for Manchin to explain that he’s against the corporate minimum tax on the merits and leave inflation out of it.

Rather than wait for September, the likely outcome here is that Senate Majority Leader Charles E. Schumer, D-N.Y., will push a revised reconciliation bill through the Senate before the summer recess. That’s doable, provided the legislation leaves out all the things Manchin finds objectionable.

Thus, a single lawmaker has functional veto power over a sprawling multilateral tax project that’s been years in the making. That’s the reality of things when the OECD’s global solution hinges on U.S. approval and the Senate is split 50-50. All taxes are political, and all politics are local.

Some will say Manchin is hostile to multilateralism. Some will label him a DINO (Democrat in Name Only). An alternative take is that he’s an opportunist who has mastered the political art of remaining a popular Democrat in a solidly red state. Electoral fate handed him his cards, and he’s playing them to his advantage.

What does that mean for the OECD master plan? For starters, it means the corporate minimum tax will get punted to the next session of Congress, which doesn’t begin until January 2023. A lot will happen between now and then.

Every seat in the House is up for grabs, plus one-third of the Senate’s. Are there any circumstances under which a GOP-controlled Congress would agree to pillar 2?

There’s a slim chance of that happening. GOP lawmakers might get behind the corporate minimum tax if — and only if — a significant number of other countries were to enact it, implement it, and rely on it as the legal basis for skimming off pieces of the U.S. corporate tax base: specifically, the gap between the 15% OECD standard and any lower U.S. effective rate. True, the U.S. statutory rate is 21%, but a large segment of corporate profits is subject to much lower rates that fall below the prescribed threshold.

That outcome would see U.S.-based multinationals taxed at the same global rate irrespective of congressional forbearance, with a portion of the receipts sucked up by foreign governments. That translates to more cash for their national coffers, and a lot less for ours.

I expect it would trouble U.S. lawmakers — including Republicans — if our public fisc were to needlessly miss out on taxing profits that were destined to be taxed anyway.

Under those circumstances, what you have is a fiscal forfeiture, which goes against rational self-interest. That could translate into bipartisan support for jumping on the pillar 2 bandwagon.

Manchin surely understands that. So why would he support the minimum tax in the future, under the envisioned circumstances, but oppose it today? The answer is that when he looks around the world, he doesn’t see other countries rushing to enact pillar 2. As of now, nobody has. Heck, the European Union (the primary backer of the OECD solution) can’t even get its version of pillar 2 approved because of opposition from Hungary.

We can summarize Manchin’s stance on international tax policy as follows: We’ll cross that bridge when we come to it, and right now we aren’t there. The OECD master plan isn’t dead, and Manchin didn’t kill it. It will remain tucked away until the rest of the world acts on it.