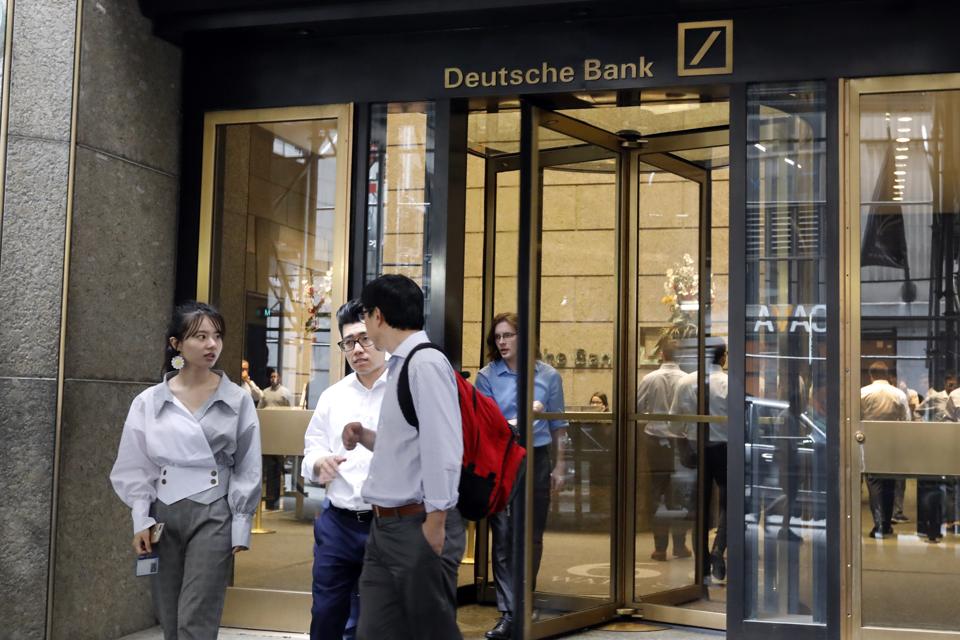 Topline: Deutsche Bank said it doesn’t have President Donald Trump’s tax returns in a court filing released Thursday in what is a blow to House Democrats’ efforts to get ahold of the president’s tax records.

Crucial quote: The “letter reports that the only tax returns it has for individuals or entities named in the subpoenas are not those of the President. In light of that response, information in the sealed letter, i.e., the identity of the two taxpayers whose tax returns Deutsche Bank has, is not relevant to any issue we need to decide,” judge Jon Newman wrote.

What’s next: There are several different avenues Democrats are pursuing in order to get Trump’s tax returns. The House Oversight and Reform Committee subpoenaed Trump’s longtime accounting firm, Mazars USA, in April for a decade of the president’s financial records. The House Ways and Means Committee has also sent requests and subpoenas to the Treasury Department and I.R.S. earlier this year seeking six years of Trump’s federal tax returns.

Key background: Trump is one of two presidents over the past 40 years who hasn’t voluntarily released his tax returns. The other, Gerald Ford, released summary tax data, not his full tax returns. Democrats have been clamoring to get Trump’s records, but so far their efforts have failed.

Tax Information Reporting On Digital Assets Steps Into The Spotlight
$15 Million Florida Mansion Is A Disney Lover’s Dream Come True
Stocks making the biggest moves premarket: Accenture, Darden Restaurants, FactSet and more
Anti-abortion states split on how to enforce ban, whether to prosecute or surveil doctors
The retail industry is facing a potential wave of bankruptcies – here’s why