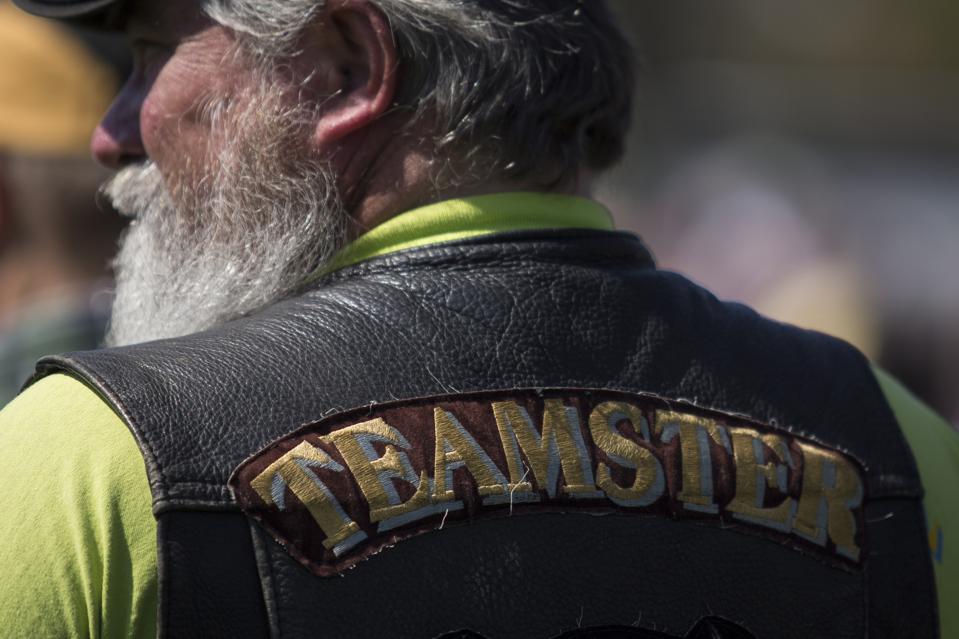 After all, it’s October. The House passed its version of a multiemployer pension fund rescue plan, which amounts to Butch Lewis 2.0, that is, a repeat of its prior failed attempt, back in June. And I remain impatient for a Senate plan to provide a true long-term solution.

In the meantime, Central States, or, rather, The Central States, Southeast and Southwest Areas Pension Fund for Teamsters, remains projected to become insolvent in 2025, with such a level of certainty that the PBGC forecasts that the PBGC multiemployer fund will itself simultaneously become insolvent in that year, with 99% certainty. In a prior article in December, I detailed the various elements of that plan’s “tale of woe,” including Mafia corruption that left the plan less than 40% funded in 1982, when its asset management was taken over by the federal government under a consent degree; a lack of diversity in its participating employer base that sent its ratio of active employees tumbling due to trucking deregulation; and the withdrawal of a major participating employer, UPS, at exactly the wrong time, just before the 2008 market crash. And in response to that article, some readers responded via comments and e-mails to describe their worries as employees or retirees or the burdens placed upon them as participating employers, and others wrote to say that, as participants, they believed that the plan was to blame – for mismanagement, for unpaid-for benefit hikes, or for deceiving them into believing the plan was secure.

Is the fund at fault? Could they have avoided the situation they find themselves in today? I’ve asked representatives from Central States that very question and they were gracious enough to provide an extensive response, as follows.

When did Central States first know they were in financial trouble, and what actions did they take?

Central States Pension Fund’s actuary first forecast that the plan was not going to be able to amortize its liabilities in 2003. This occurred after a historic three-year period of negative/subpar investment returns. This period began with events that shook the investment markets, starting in 2000 with the “dot-com bust,” the tragedy of 9/11 and accounting/financial reporting scandals of the likes of ENRON and WorldCom, amongst others.

Prior to this, strong investment returns through 1999 enabled Central States Pension Fund assets to grow despite some challenges, such as decreasing numbers of active participants and increasing numbers of retirees. The bear market of 2000-2002 sent out seismic shocks that literally reached every pension plan in America. In formulating a corrective action plan, the Trustees focused on three immediate dangers faced by the Fund:

In 2003, The Trustees quickly took corrective action with a multifaceted approach that included reducing new benefit accruals on all active participants and increasing contribution revenue on all participating employers:

Our participants (and local unions and employers) were notified of Central States’ dire financial condition through notifications such as one sent to all participants in 2003. This particular communication detailed the financial reasons behind the plan’s decision at that time to reduce benefit accruals to 1% from 2% and to freeze the non-contribution-based benefit accruals.

Did the plan ever promise benefits it couldn’t afford?

Unlike a single employer plan in which the employer, as plan sponsor, can choose how much to contribute to the plan, Central States, as a multiemployer plan, must rely on the parties to collective bargaining agreements both for continued participation in the plan and for the contribution rates paid into the Fund. Benefits are set by the Trustees based on recommendations from the actuary. If a benefit increase is being considered, the actuary evaluates what level of increased benefits might be supported by anticipated increased revenue to be generated by the employer contribution rate increases (if any) agreed to by the bargaining parties.

Though Central States’ current senior management are not privy to details of such evaluations (the last such benefit enhancement was adopted by the Fund over 20 years ago in the late 1990s), it is our belief that at all times it was the Trustees’ intent to set benefits in accordance with expected income from contributions and investments such that Central States would become fully funded at a future date. It is also important to be mindful that in weighing such decisions, the Trustees at the time had to take into account the need to maintain support for the plan from participants. This support is vital to ensuring that participants would not choose to opt out of the plan through new collective bargaining agreements, which would result in further erosion of participation levels.

In hindsight, the UPS withdrawal compounded the plan’s troubles. Should Central States/the Teamsters have prevented UPS from withdrawing from the plan in 2007?

Regarding the UPS withdrawal, Central States does not wish to speculate as to the motive of UPS in seeking to withdraw. Central States is separate organization from the International Brotherhood of Teamsters and thus we are not able to answer your questions as to what concessions UPS may have granted to the union. Central States vigorously opposed UPS’s withdrawal from the Fund and made the case that it would have a severe negative impact on the Fund’s financial condition. But, because UPS and the International Brotherhood of Teamsters agreed to allow the company to pull out of the Fund, and UPS paid its withdrawal liability, there was nothing Central States could do to prevent it.

Central States’ only role in UPS’s withdrawal from the plan was to maximize the payment terms to the Fund. Indeed, the terms we negotiated with UPS exceeded the statutorily required payment and UPS also voluntarily accepted a transfer of certain significant benefits liabilities.

Unfortunately, soon after receipt of the UPS payment, the stock market collapsed in 2008 due to the mortgage-backed securities bubble, which caused significant losses to Central States. This development reinforces Central States’ strong and publicly stated argument for UPS to have stayed in the plan and continue to provide a steady stream of contributions, rather than exiting the plan and making a one-time payment.

Ultimately, those who suggest that Central States’ condition is due to mismanagement by plan leadership or that plan leadership misled them about the plan’s condition are either deliberately ignoring the facts or are uninformed as to the communications that Central States made to participants long before the plan filed an application to reduce benefits in 2015 pursuant to the Multiemployer Pension Reform Act of 2014.

As far back as 1999, Central States was informing participants of the Fund’s declining membership and investment-related concerns. Since 2003, Central States has been taking action in an attempt to keep the plan stable, and the participants were consistently informed about what the plan was doing and why. Additional actions were taken throughout the years in response to the Pension Protection Act, UPS’s withdrawal, and the market collapse of 2008. At each point, the participants were advised of what Central States was doing and why. All of these communications were in addition to the annual financial reports mailed to all participants in compliance with ERISA. In sum, Central States’ current financial condition is the result of deregulation of the trucking industry, declining union membership, two major economic disruptions in 2000-02 and 2008, and the withdrawal of UPS from the plan—not from any plan mismanagement. Two 2018 reports by the U.S. Government Accountability Office (GAO) confirmed this perfect storm of factors that have led the Pension Fund to face insolvency by 2025. The GAO also determined that Central State’s investment returns and expenses are in line with other large institutional investors and administrative expenses have been well below the median for large multiemployer plans. We concur with the GAO’s findings.

So this is as “straight from the horse’s mouth” as it comes, and something to chew on while awaiting action from the Senate.

What do you think? Share your thoughts at JaneTheActuary.com, then follow the tags to check out my prior articles on the topic.

Blackboxes Within Blackboxes: Cryptocurrency In Your State Pension
GOP Plan To Make The TCJA’s Individual Tax Cuts Permanent Would Boost The Debt By More Than $3 Trillion
A Way For Nursing Homes To Balance Resident Independence And Safety
Amid persistent inflation, cash-strapped consumers are tipping less
Stocks making the biggest moves after hours: Salesforce, Snowflake, Costco, Five Below and more