For months now, we’ve been repeating the refrain “the consumer is strong, the consumer represents two thirds of GDP, the consumer will keep the economy growing” until it is the last thing we utter at night and the first words out of our mouth in the morning. The stock market has been a believer.

As of the close of the market on Wednesday, the staples sector had advanced 18% year-to-date compared to 15.2% for the S&P 500, excluding dividends. 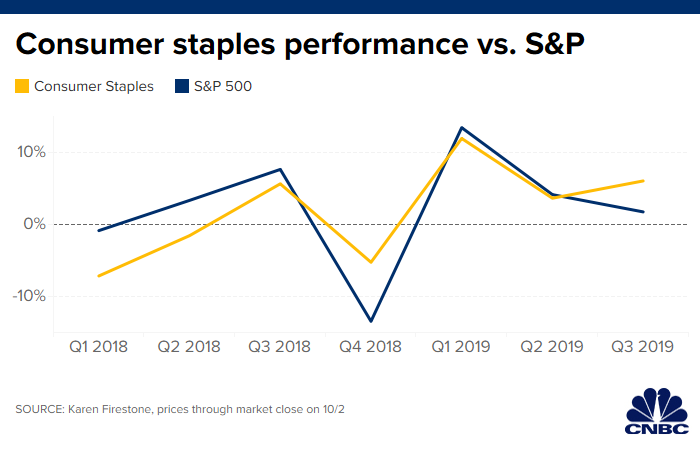 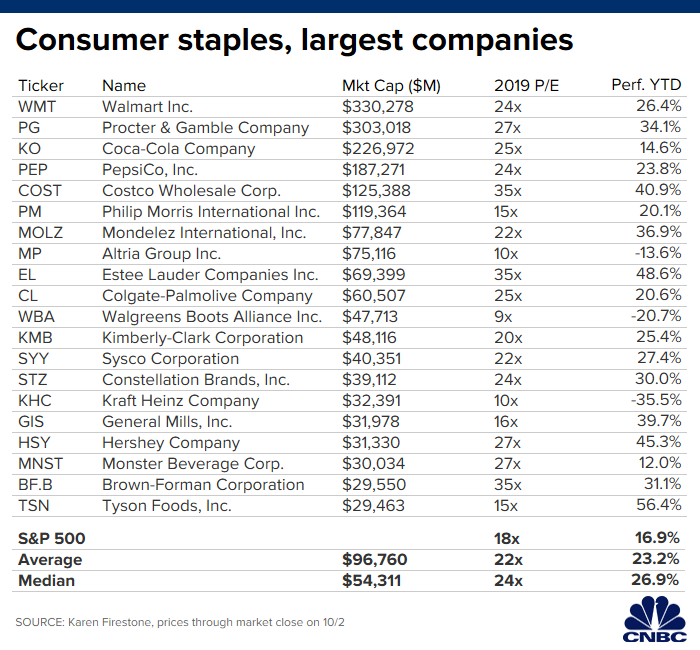 The consumer discretionary gain of 16.1% also exceeds the broader market. 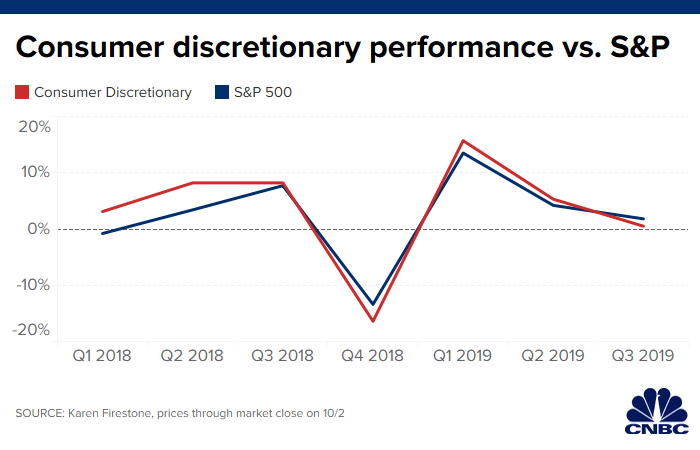 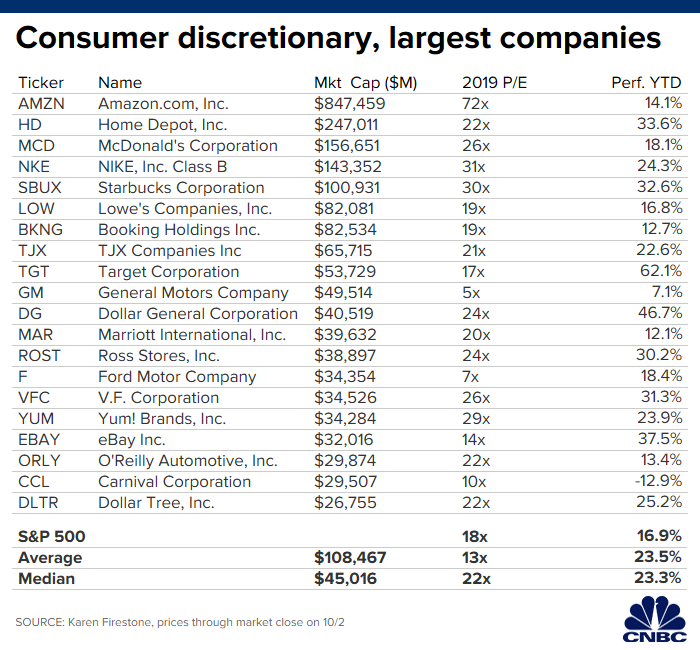 Investors attraction to these stocks reflects the strength in consumer spending, which grew a very robust 4.6% in the second quarter of 2019. Consumers appeared to have shrugged off the tariffs imposed through 2018 and the first half of 2019 and the market clearly believes that more tariffs will also have a similarly imperceptible effect on spending.

We might have more conviction in these stocks if they seemed undervalued, but both consumer staples and discretionary stocks sell at a premium multiple to the market. Compared to the 2019 price earnings ratio for the S&P 500 of 17.5 today, the average staple stock trades at 22 times with the average consumer discretionary priced at a turn of 23 on this year’s earnings per share.

The market pays a premium for growth. Do we really believe that most of the packaged food, consumer brands, and traditional retailers are deserving of a premium? We might understand Amazon’s multiple, but Walmart, P&G, Coke, Colgate, Hershey, and even McDonalds and Starbucks trade at multiples with at least a 50% premium. Justifying that relative price differential would imply earnings growth faster than the estimated 9% for the S&P 500 (which is likely aggressive), but 2020 estimates for both McDonalds and Starbucks are no higher than the growth forecast for the overall market.

Unfortunately, the consumer may have carried us as far as she can. The tariffs slated to hit on December 15th, which will bring the total levy on consumer products to an estimated $120 billion, may represent the tipping point. Investors may be betting that these get delayed again or that a trade is inked before that quickly approaching date, but time is running out.

Putting that in perspective, total consumer spending, at roughly 67% of GDP, represents $13.3 trillion of buying power, so $120 billion is almost 1% of Americans’ spending budget. This might not seem like much, but that’s an average of $1,000 per household across the country.

Since durables — such as washing machines, refrigerators, and even cell phones — are on the list, and these purchases are often not discretionary (have you ever tried to live a week without a fridge?) the hit to a family with the median national income of $59,000, could be well over 2% of their total after-tax disposable income. When we look across the list of clothes, shoes, phones, and almost all appliances, it seems likely that US consumers will, at a minimum, think twice before buying the same quantity of goods they did pre-tariff.

Studies suggest that the full cost of tariffs is generally passed on to end users. Unless the president and his trade negotiators pull off a miracle in the next few months, we are likely to witness a negative impact on job creation or destruction that will further depress consumer spending.

The energy industry has shrunk in recent years, as has manufacturing, and that hasn’t pulled the economy into a recession, but those two sectors represent about 20% of GDP combined. So, ladies and gentlemen, take a break today and go shopping in a store or online. The economy and the stock market needs your help.

Discussing Money And Love Is Asking For A Difficult Conversation
Why labor economists say the remote work ‘revolution’ is here to stay
Tech companies begin rerouting critical chip supplies to trucks with rail strike looming
Delta is making it harder to get into its airport lounges after they were flooded by travelers
Tesla is still dominant, but its U.S. market share is eroding as cheaper EVs arrive