College graduates in 2018 are even deeper in debt than prior classes, signalling that the student loan crisis is swelling.

“Colleges, states and the federal government all have an important role to play in reducing the burden of student debt to increase equity in college opportunity,” said Debbie Cochrane, executive vice president of the institute.

Outstanding education debt in the U.S. is projected to swell to $2 trillion by 2022, eclipsing credit card and auto debt. Nearly 30% of student loan borrowers are in delinquency or default.

Up to 70% of African American borrowers who entered college in 2003 are expected to be unable to repay their loans by 2024. Two-thirds of outstanding education debt is held by women. 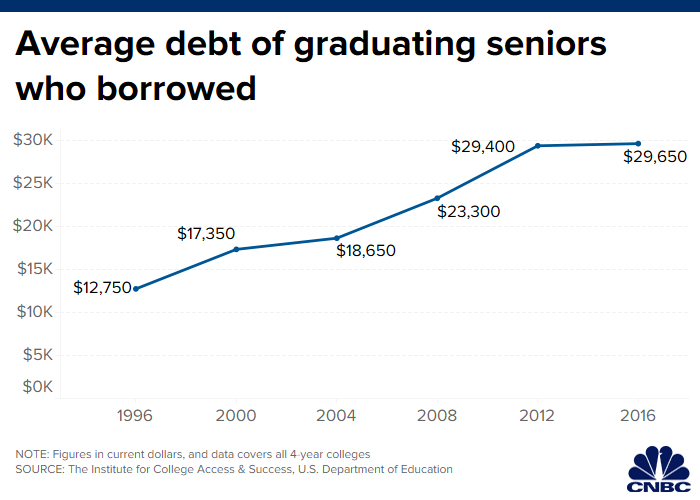 Some states are harder hit than others. 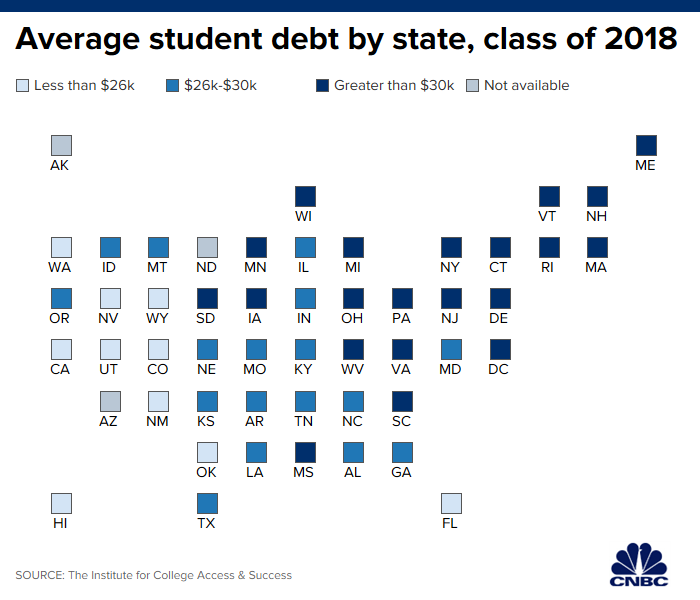 There are signs students are taking on other forms of debt to cover the soaring cost of attending college. (One year at a nonprofit, four-year private college, including tuition, room and board, currently costs $48,510, compared with $22,240 in the 2000-2001 academic year.)

Meanwhile, the average student also carries more than $900 in credit card debt, according to research by Sallie Mae. More than 8% of people with credit cards between the ages of 18 and 29 are 90 days delinquent or more.

More from Personal Finance:
Tesla dips into the car insurance business
20 US cities with the best deals for entertainment
What you should know before giving a debit card to your kids