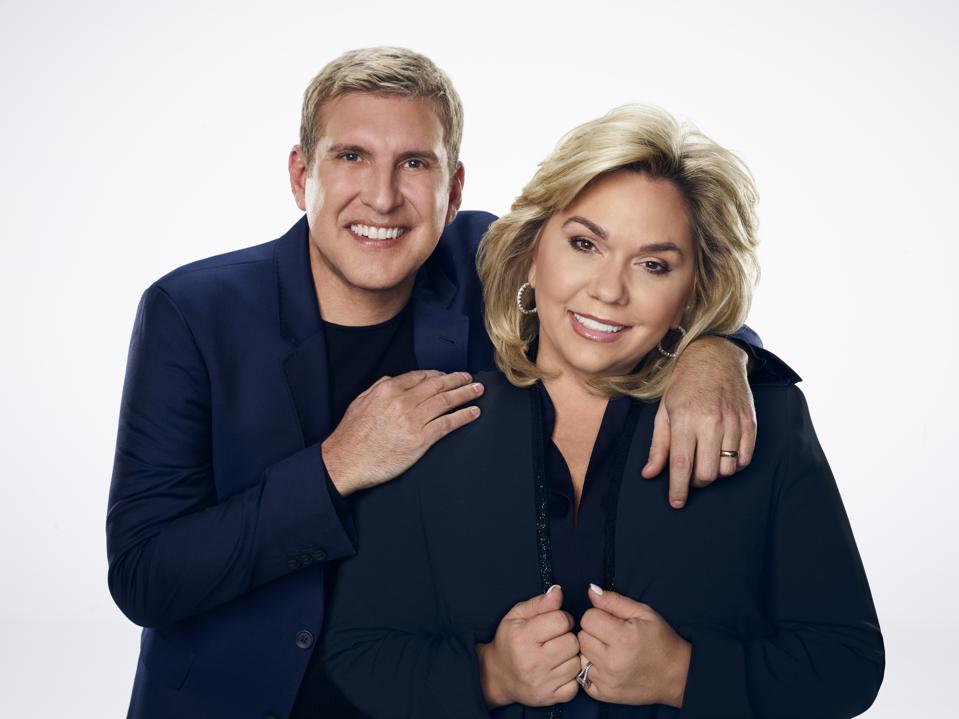 Reality stars Todd and Julie Chrisley were indicted on 11 criminal counts of tax evasion and bank fraud. The charges are nothing to take lightly. In fact, they could face up to 30 years in prison if they are convicted. Even the Chrisleys’ accountant, Peter Tarantino, was indicted on tax-related offenses. Mr. Chrisley declared his innocence, blaming a former employee for taking false documents to the feds and trumping up charges. However, the U.S. Attorney’s Office released a statement that predictably paints a different picture. Prosecutors allege that the Chrisleys and their accountant took steps to obstruct IRS collection efforts, including hiding income, allegedly lying to third parties about their tax returns, and in the accountant’s case, allegedly lying to FBI and criminal IRS agents.

As the mess unfolds—and that is going to take some time—the Chrisley plight has some big lessons about taxes and dealing with the IRS.

Watch Lavish Spending. If you are behind in taxes, or especially if you are crying poor to the IRS, watch out. The feds say that in February 2017, Todd Chrisley publicly claimed on a national radio program “obviously the federal government likes my tax returns because I pay 750,000 to 1 million dollars just about every year so the federal government doesn’t have a problem with my taxes.” However, prosecutors claim that Todd and Julie Chrisley did not timely file income tax returns for the 2013, 2014, 2015, and 2016 tax years or timely pay federal income taxes for any of those years.

Tax Audits Can Go Criminal. Our tax system is complicated, and even bad mistakes are common. But criminal tax cases are still rare. Yet a regular civil tax audit can turn into a criminal tax case with the risk of jail time depending on how you behave during the audit. Most criminal tax cases come out of plain old civil audits, and that fact alone is frightening. If an IRS auditor discovers something suspicious in a civil audit, the auditor can notify the IRS’s Criminal Investigation Division. The IRS is not obligated to tell you that this criminal “referral” is occurring. In fact, normally, the civil auditors will suspend the audit without explanation. You might be pleased, thinking that the audit is over, or at least mercifully stalled so that it might not ever resume. Meanwhile, the IRS can be quietly building a criminal case against you.

Don’t Make False Statements. False statements to auditors are a huge mistake. Conduct during the audit itself can be pivotal, and is one reason to hire professionals to handle it. Some people end up in criminal tax trouble because they mishandle a civil IRS audit. Whether it is the FBI or the IRS asking questions, don’t lie. And don’t engage in evasive or obstructionist behavior during an IRS audit. You may think you can outsmart the IRS or manipulate the government to come out ahead. You do not have to agree with everything the IRS says in an audit. But, there is an established way of proceeding, and an above-board way to communicate with the IRS. Deception and obstruction are not the way.

The IRS does not take kindly to that sort of thing. You might think of it as another example of the cover-up sometimes being worse than the crime. Time and again, evasive or obstructive behavior during a tax audit seems to be a pretty reliable way of landing in very hot water. So be careful out there. It can backfire in a very big way.

Keep Personal and Business Separate. Keep business and personal separate if you can. Trying to morph personal matters into business is asking for trouble. For example, don’t try to deduct the cost of your divorce because your business is at risk. It is still personal. Likewise, don’t try to deduct a miserable vacation with your best client. Of course, the tax code doesn’t entirely rule out double duty, and there are many provisions in the tax law that recognize dual purposes. Still, try to avoid such dual-purpose goals, and do your best to categorize things appropriately. Your tax life will be easier and safer. Even criminal tax cases can spring from this fundamental rule.

Some cases start with sloppy record-keeping and a lack of respect for the line between business and personal. Take 59-year-old William Daddono of Palatine, Illinois, who pleaded guilty to failing to pay more than $550,000 in personal income taxes. He is the owner of a Schaumburg, Illinois real estate appraisal company. The case alleged that Mr. Daddono obscured his earnings by depositing money into a corporate account. Then, we would withdraw the money for personal use. But he neglected to report it as income on his individual federal tax returns.

Tax Connects to Everything. Saying different things to your bank and to the IRS can hurt. The feds claim that from 2007 through 2012, Todd and Julie Chrisley conspired to defraud numerous banks by providing the banks with false information such as personal financial statements containing false information, and fabricated bank statements when applying for and receiving millions of dollars in loans. Prosecutors allege that after fraudulently obtaining these loans, the Chrisleys used much of the proceeds for their own personal benefit. In 2014, two years after the alleged bank fraud scheme ended, the feds allege that Todd and Julie Chrisley used fabricated bank statements and a fabricated credit report that had been physically cut and taped or glued together when applying to lease a home in California.

The Chrisleys have asked to move their case from Georgia to Tennessee, presumably thinking they will get a fairer shake there. Stay tuned.