This photo taken on October 17, 2018 shows a worker inspecting shoes at a factory in Qingdao in China’s eastern Shandong province.

China’s manufacturing activity expanded in August, according to results of a private survey released on Monday amid the country’s escalating trade war with the U.S.

The Caixin/Markit factory Purchasing Managers’ Index (PMI) was 50.4 in August — better than than the 49.8 analysts polled by Reuters had expected. The Caixin/Markit manufacturing PMI was 49.9 in July.

PMI readings above 50 indicate expansion, while those below that signal contraction. 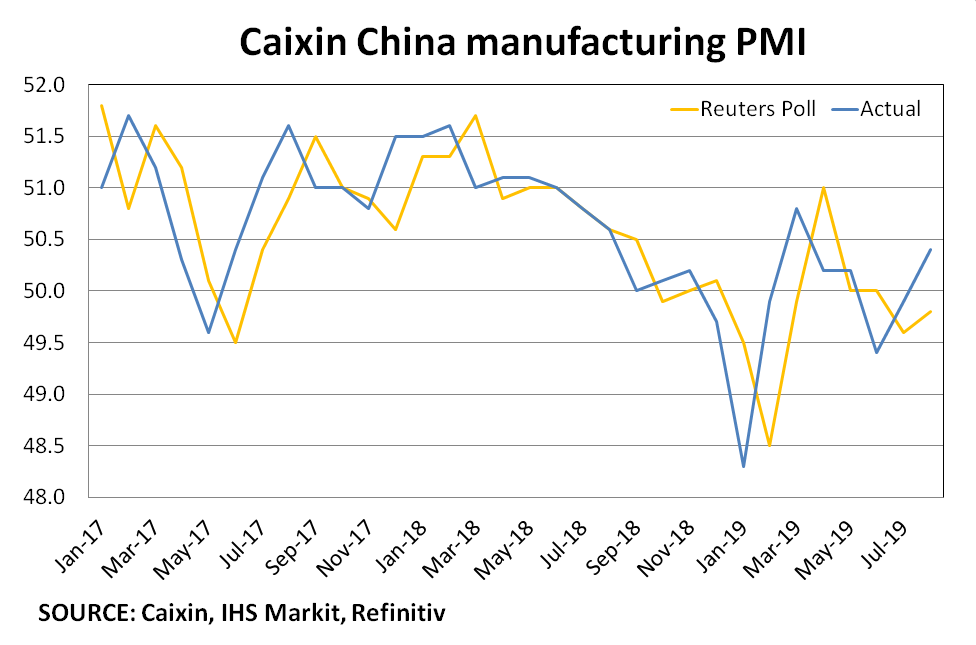 The official manufacturing PMI fell to 49.5 in August, China’s National Bureau of Statistics said on Saturday — that’s compared to 49.7 in July. A Reuters poll showed analysts expected the official PMI to stay unchanged from July.

The PMI is a survey of businesses about the operating environment. Such data offer a first glimpse into what’s happening in an economy, as they are usually among the first major economic indicators released each month.

For China, the PMI is among economic indicators that investors globally watch closely for signs of trouble amid domestic headwinds and the ongoing -China trade dispute.

— Reuters contributed to this report.

Florida Renters Made Safer Under Miya’s Law – Landlords Required To Background Check Workers
Walmart is working on a response to the Supreme Court’s abortion decision, CEO says in memo
An Unusual Tax Court Hobby Loss Opinion
It’s Easy To Blame Private Equity For Housing Shortage, But Crisis Has Deeper Roots
‘It’s like going to the DMV online’: What to know about buying Series I savings bonds via TreasuryDirect