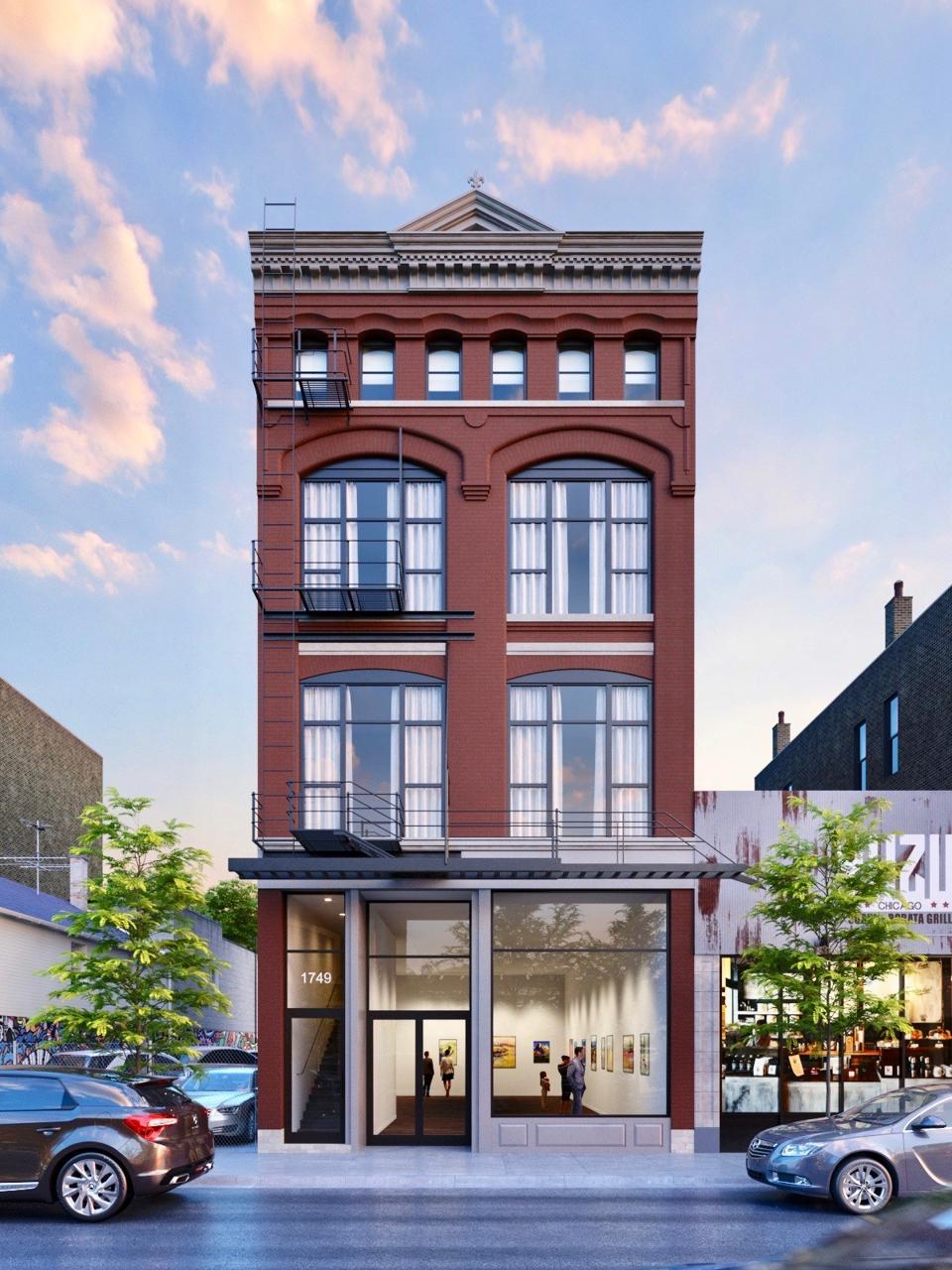 The gallery, designed by Chicago-based architect Paul Preissner, will open November 8, 2019 with two exhibitions featuring work by Julia Bland and Robert Burnier. Additionally, artist Cody Hudson will unveil a large-scale, multi-story mural on the eastern façade of the building in Spring 2020. Prior to Rafacz’ acquisition, the storefront had served as a retail clothing store until 1987, then as a print shop until 2009. The space has remained vacant for the past ten years, and both Rafacz and Preissner were inspired by the idea of bringing a shuttered storefront with deep Chicago roots back to life as a gallery space.

“When designing the gallery space, I sought to present seemingly commonplace things, such as fluorescent fixtures, in a way that is utterly normal to a degree that it becomes quite special,” said Preissner. “This contradiction is exemplified by the way in which the fixtures light the gallery with a reflection of the floor, responding to the ceiling’s structural steel beams.” He added, “I wanted to make certain that all of the choices for the space reflect the nature of looking at and considering the artwork.”

More broadly, Rafacz’ move points to a larger trend of prominent art galleries leaving the West Loop in favor of West Town. When asked about the move from West Loop to West Town, Rafacz explains, “the contemporary gallery scene has become concentrated on and around Chicago Avenue in West Town. It’s not far from the West Loop but the neighborhood is not overdeveloped and offers new freedom to be creative.” He adds that the shift away from the West Loop is largely a response to increasing real estate costs, which have resulted in “most of the galleries being either forced out or deciding to move.” Rafacz goes on to note that “it’s the same in other visual culture centers like New York City and Los Angeles. It’s related to a shift in real estate and the widening of the art scene in general. But certainly, there is an exciting new concentration in West Town.”

Rafacz is looking forward to joining the community of contemporary art galleries currently residing in West Town, such as Document, Western Exhibitions and Volume, Rhona Hoffman, Monique Meloche, and Mariane Ibrahim, who recently relocated to Chicago from Seattle.

Online shoppers spent a record amount on Thanksgiving
When Partners Fight, They Might Not Recover Their Legal Fees
Why You Should Start A House Payoff Fund, Not Payoff Your Mortgage
Credit Suisse projects $1.6 billion fourth-quarter loss as it embarks on strategy overhaul
Adidas launches investigation into Ye conduct claims