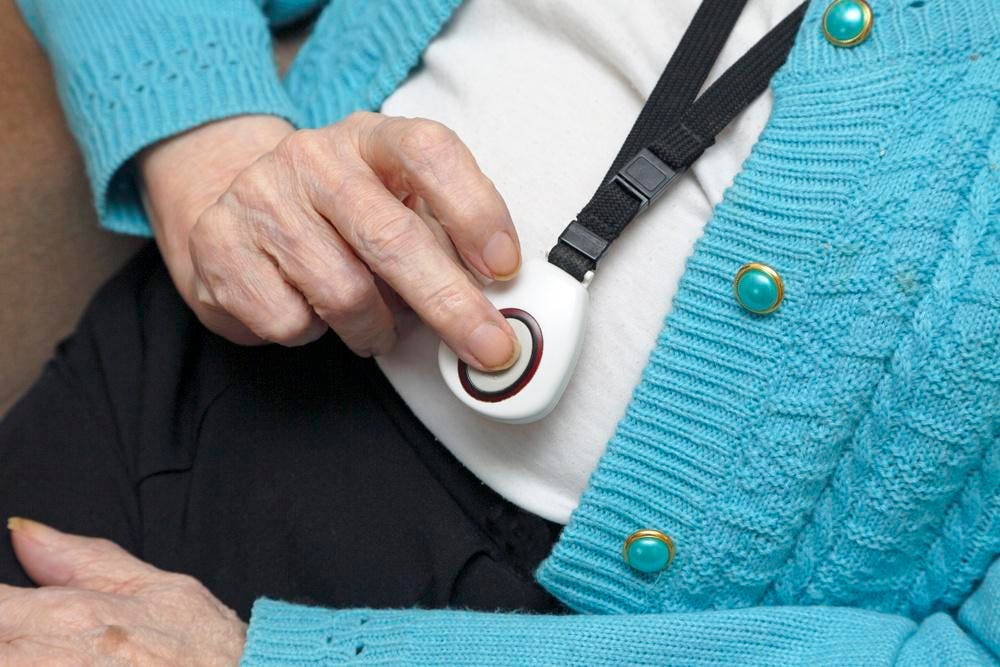 Despite that fact that a lot of elders have them but won’t wear them, they are important for those who do put them on every day. Here’s a warning about the older devices that run on 2G or 3G networks: Those are shutting down by the end of 2022. 2G and 3G networks will no longer function for anything after 2022. If your aging loved one has such a device, now is the time to upgrade or replace it. Manufacturers likely make this easy by offering newer versions, but don’t count on your aging parent to follow up on any letters sent to them about this.

Here’s one example I personally saw in my own family. My mother-in-law, a very independent widow at age 86, lived alone. We were concerned about her. We researched every device that she might use if she had a fall or other emergency and we chose a pendant at first. You could push one button and the paramedics were summoned. We tested it. It seemed to function fine. But she would hang it up in the bathroom and forget about it. That failed, as far as we were concerned.

The next evolution was a watch-type device, quite simple, that she was to wear all the time. She reluctantly agreed, and we got it for her. That was successful. She either had it on her person or in her purse when she went out. She knew how to activate it and that gave us peace of mind. If she were still with us today, we would have to upgrade the device because it was, back then, running on a 3G network. She would have received a letter from the company that sold it, or perhaps a phone call saying she needed to replace it because the network was shutting down. She would not have had a clue about what that meant. Likely she would have ignored the letter or notification.

If your aging parent or other loved one is less than comfortable with technology, this is the time for family to anticipate the need and step in. Maybe you and they had not thought of this for their safety. It is worth considering, particularly for the millions of elders who live alone.

If your aging loved one does not have a one-touch way to to call for help in case of emergency, here are some considerations. First, determine whether a PERS device is appropriate. If an elder is too forgetful to remember where she lives, she is not likely to remember to push a button in an emergency. These devices do not help folks with dementia or memory loss problems so advanced that they cannot follow directions about using one. Next, if your aging parent already has such a device, check with the manufacturer and find out if it runs on anything less than a 4G or 5G network. Older devices will become inoperable by the end of this year.

Finally, determine for yourself and your aging parents if a smart watch that includes an emergency response system is better than the earlier-created bracelets, pendants and pocket devices that existed before smart watches. Many products are on the market that may benefit you, as a family member, trying to look after aging parents. They can call for help without having to dial 911. They have to be competent enough to know how to use an emergency call function on a smart watch.

There are numerous other factors to consider. Among them is the willingness of the elder to wear it. A benefit of smart watches to call for help in an emergency is that the elder would be less likely to be labeled as “old” (heaven forbid!) with something they associate with aging like a pendant that others can see. They use them as they would any such watch, with this extra feature built in.

A drawback with watches is that the images of numbers and other features may be too small for older eyes to see without reading glasses. That defeats the purpose of one touch. A person has to be able to see where to touch. A side button can work quite well but the elder has to remember, in the stress of an emergency situation what to press.

We at AgingParents.com, consulting with elders and their families, support the use of personal emergency response devices of all kinds. We encourage families who don’t have one to introduce the idea to aging loved ones and to see how cooperative your loved one is. If they refuse to accept a device, there is no point in wasting your/their money. If they agree to give it a try, do your research to figure out which kind of device is best suited to their needs and capacity to use it. If the purchase is in your name, which we also recommend, you will get notices from the seller as to updates or improvements. If it does work for your aging parent, it is one more way to get some peace of mind about their safety.

Equifax coding error caused millions of inaccurate credit scores. How to know if you are affected
Stocks making the biggest moves midday: Lyft, Carvana, Warner Bros. Discovery, DraftKings
Biden has promised a student loan forgiveness decision this month. Here are 5 things borrowers can do while they wait
Average premiums for Medicare prescription drug coverage are set to dip to about $31.50 a month in 2023, deductibles to rise
IRS Extends Tax Return Due Dates For Kentucky Storm & Flood Victims