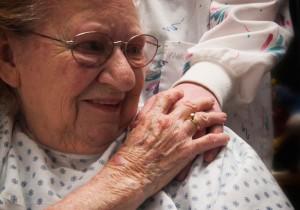 For decades, marijuana, even for medical uses, was demonized or questioned.  When states like Colorado legalized it for recreational use, more studies began to determine provable efficacy for its use as a medicine. The Federal government still classifies marijuana the same way it classifies heroin: harmful and with no medical benefits. Now we can see that this is wrong. When states legalized marijuana, referred to as cannabis here, they had an interest in getting data to see what good it could do. Proving efficacy could increase medical marijuana sales, benefit people who might at least find some medical use, and overall would bring tax dollars into the state coffers.

Without funding studies, the Federal government has done very little to demonstrate what good cannabis can do. After all, if the presumption is that it helps nothing, there would be no motivation to determine with scientific data that it does anyone any good. But we have convincing data now about its beneficial use for epilepsy and some data showing good results with use of cannabis for veterans with post traumatic stress. Studies as to how it can help older people, particularly with dementia (Alzheimer’s disease being the most common kind of dementia), have been lacking. However, better and newer data is now reported and the results look very promising.

At AgingParents.com, we look constantly at families who have an elder with dementia. The most heart-wrenching stories are those the adult children tell us concerning their aging parent whose dementia-related behavior is out of control. They describe how their loved one becomes aggressive, abusive, gets kicked out of care facilities, and turns into a caregiving nightmare. Even paid caregivers are endangered by the behaviors. It’s not the parent’s fault–it’s the disease. And the medical establishment, still constrained by the Federal government’s misplaced drug classification of cannabis, can’t prescribe it, and can only recommend its use in states where such use is legal. Typically care facilities do not allow use of cannabis on the premises, as they receive Medicare (Federal dollars) and Medicaid (Federal, State and county dollars) reimbursement which they cannot endanger. Instead, they “dope ’em up” with heavy tranquilizing and psychotropic medications used for people who have mental illness. We can do better.

Behavior issues can be managed

Recent research on the medical benefits of cannabis has reached positive conclusions:

“The Health Effects of Cannabis and Cannabinoids: The Current State of Evidence and Recommendations for Research”

National Academies of Sciences, Engineering, and Medicine. Washington, DC: The National Academies Press. 2017. In this systematic review of medical studies, researchers confirm the substantial evidence for cannabis as an effective treatment option for many conditions.

“In vivo Evidence for Therapeutic Properties of Cannabidiol for Alzheimer’s Disease,” by Georgia Watt and Tim Karl

One of the most hopeful studies I have seen is from a small pilot project in Geneva. They studied 10 women with severe dementia-related behavioral problems in a care facility, giving them a measured dose of cannabis. It was oil containing both components of cannabis: CBD, which does not get anyone high and THC which does have a psychoactive effect. The study concluded that an oral cannabis extract with THC/CBD, in higher dosages than in other studies, was well tolerated and greatly improved behavior problems, rigidity, and daily care in severely demented patients. Behavior problems went down by 40%, psychotropic medications were eliminated in half of the women studied and overall, they were far easier for the staff to manage.

No one is claiming that cannabis can cure dementia. However, as the disease progresses, behavior problems can create a horror for families caring for a loved one with dementia. If there is a gentler, “less-doped” alternative than psychotropic meds, let’s use it! In the Geneva study, there were no side effects, no harm to any patient and much relief to staff in managing these severely affected women.

As the World Health Organization now urges reclassifying cannabis under international treaties, this move, if adopted, would represent formal recognition that the world’s governing bodies have been wrong about the lack of therapeutic benefits and alleged harms.

If you are in a state where medical marijuana is legal and you have a parent with dementia-related difficult behavior, look at the research here and more. Get a doctor’s recommendation for your loved one and work with that professional to supervise what you do. Find the product that contains the combination of CBD/THC in oral drops in dosages tried in the Geneva study, and consider it as a trial for your loved one. You may have to experiment with the right dosage as nothing is standardized for any diagnosis yet. It could be a relief for all concerned.

Peloton shares surge 26% after fitness company posts subscription revenue growth
This Is How To Save Social Security And Medicare
Stocks making the biggest moves midday: Carvana, Colgate-Palmolive, Tesla and more
Ask Larry: Will Rolling My Pension Into An IRA Avoid Social Security’s WEP Reductions?
Meta set to report fourth-quarter earnings after the bell