Box co-founder and CEO Aaron Levie told CNBC on Thursday that his company will take a collaborative approach to working with activist hedge fund Starboard Value, which disclosed a 7.5% stake in the cloud software provider earlier this week.

“We’re very aligned with Starboard’s interests,” Levie said in an interview on “Closing  Bell.” Box’s stock price has jumped more than 15% in the two trading days since Starboard’s announcement and ticked up further in extended trading on Thursday. 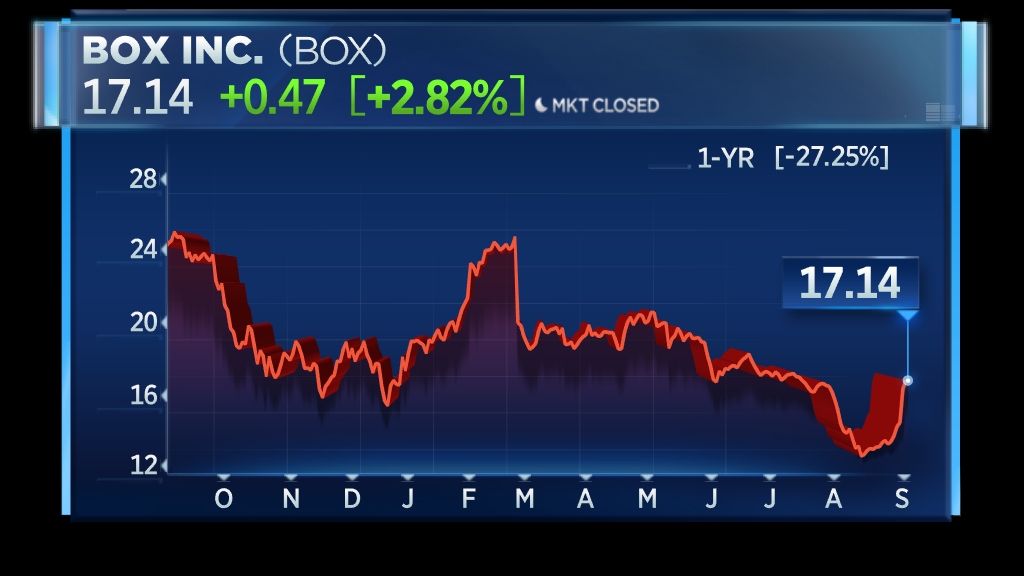 Levie declined to discuss the nature of the conversations between Box and Starboard. He said the company, which provides cloud-based collaboration and file-sharing software is focused on accelerating growth and improving profitability while cutting back on sales and marketing costs in the coming quarters.

Box is aiming to sell more of its products to each customer to yield more revenue from its existing client base. That approach could help explain why Starboard sees the stock as undervalued.

“We see a tremendous amount of opportunity within our customer base, as well as the new logos we’re going after,” Levie said.

In the most recent quarter Box broke even, excluding certain items, on revenue that was up 16% from the prior year. Even after the recent rally, the stock is up just 2.8% this year and remains down 27% over the past 12 months, badly trailing the S&P 500.

Levie said those struggles haven’t caused him to change his view on the company’s 2015 IPO.

“I don’t regret going public at all,” he said.