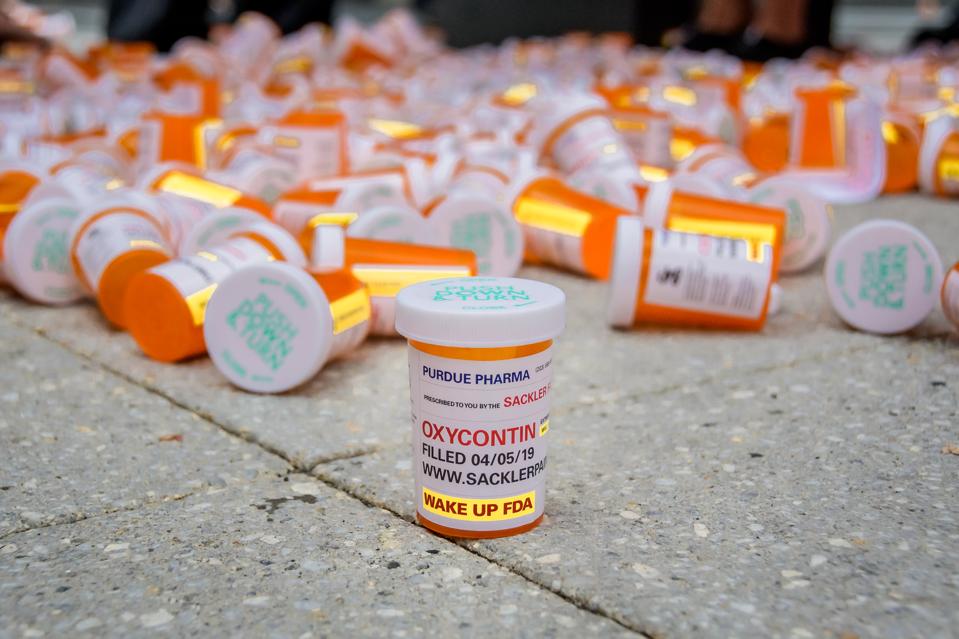 Big pharma companies including Purdue and others are settling up with governments and private parties over the devastation they have allegedly caused or enabled with opioids. The settlements are notable in size, hundreds of millions of dollars, and some have strange mechanics. But they seem to have one thing in common: taxes.

It seems likely that Purdue Pharma and others will be able deduct opioid settlements. Plainly, tax deductions make any legal settlement less painful, and they are standard fare for business. That’s hardly a new concept, nor is uneasiness about some of the rules. In a statement to Congress in 1961, President John F. Kennedy said, ‘‘The slogan — ‘It’s deductible’ — should pass from our scene.’’ President Kennedy made the comment about expense accounts and business entertainment, but it has broader application and still seems timely more than half a century later.

Perhaps the ‘‘It’s deductible’’ slogan can grate anywhere it surfaces. Yet when it comes to corporate wrongdoing, emotions on this issue can run high. You might think the tax law would prevent this, but that’s not so clear. For many decades, Section 162(f) of the tax code has prohibited deducting any fine or similar penalty paid to a government for the violation of any law. That includes criminal and civil penalties, as well as sums paid to settle potential liability for a fine. This sounds absolute, but the law is riddled with exceptions. To begin with, the rules cover only government payments, and creative companies can often find ways to write off even the biggest payments. After all, many fines are not made to punish, but to fund some kind of remediation, and that can make a difference.

For example, BP probably wrote off a majority of its $20.8 billion out-of-court settlement for the Gulf Oil spill. The deal designated only about one quarter, $5.5 billion, as a non-tax-deductible Clean Water Act penalty. Congress has pushed back on such practices. In 2017, the tax rules were tightened by the Trump tax reform law. Even under the new rules, however, it is still permissible to write off certain payments of restitution or amounts paid to come into compliance with law. Some settlement agreements contain an explicit no-deduction provision. For example, the Department of Justice expressly blocked Credit Suisse from deducting its $2.6 billion settlement for helping Americans evade taxes. The same was true of the BNPP terror settlement, which states that BNPP will not claim a tax deduction.

But various government agencies have seemed reluctant to develop or enforce policies, so it seems to be a hit or miss affair. One big critic of deductible settlements is U.S. Public Interest Research Group, which often rails against tax deductions by corporate wrongdoers. U.S. PIRG has a research report,  Settling For A Lack Of Accountability, that details the tax deductions corporations can claim for legal settlements. The group has asked the Justice Department to deny tax deductions for many corporate defendants.

Some of the opioid settlements appear to be structured in tax-deduction-favorable ways. For example, Teva Pharmaceuticals agreed to an $85 million settlement that is expressly labeled as restitution. Notably, that is one of the exceptions allowed in the 2017 tax law that tried to clamp down on deductions. McKesson, too, might have been thinking about taxes in its $37 million settlement with West Virginia. It also says the settlement is compensatory and not punitive, and makes clear it is not a fine or penalty.

The granddaddy settlement is Purdue Pharma’s $270 million settlement with the Oklahoma Attorney General. This one is harder to unpack, with an irrevocable line of credit that is sort of an installment plan, coupled with donations to charity. But once again, tax deductions seem likely to be available despite the fine-like context and the arguably forced nature of the charitable donations. Arguably, companies are obligated to shareholders to be tax-efficient, and to claim deductions when they are entitled to them. And the tax law is frequently made up of shades of gray.

U.S PIRG has suggested that express prohibitions on deducting payments can sometimes be put in settlement agreements. Although proponents of such prohibitions, including Sen. Charles Grassley (R-Iowa), have talked about it for more than a decade, it seems hard to get it done. Some companies expressly agree not to deduct payments. For example, when Tesla and Elon Musk settled with the SEC for $20 million each, a court filing said Tesla expressly agreed not to claim a tax deduction for its $20 million. Had it not been for that agreement, the tax write-offs don’t seem to have been prohibited. After all, the SEC said the $40 million in penalties will be distributed to harmed investors under a court-approved process. That sounds like restitution.

Don’t Settle For Someone Else’s Vision: Rewire The Way You Define Retirement Income Planning
Why Working From Home Could Come To An End
Cutting Edge Designers Favor This Countertop Material For More Than Countertops
Advancing The Pillars: An OECD Tax Reform Project Update
The Problem With Drugs For Treating Alzheimer’s Disease