Netflix’s upcoming earnings results will show whether it’ll be able to compete with new rival platforms from Disney, Apple and others, according to Bank of America Merrill Lynch.

Investors will take special note of the company’s subscriber numbers when it reports its third-quarter figures on Oct. 16. Netflix subscriber growth, which fell short of the company’s guidance in the prior quarter, has never missed the target two quarters in a row and have been a primary suspect in the stock’s plunge since the summer, Bank of America analyst Nat Schindler wrote.

“Heading into 3Q earnings, we see a make or break quarter for Netflix,” the analyst told clients in a note published Thursday. “Investors likely remain focused on signals from Netflix on the competitive landscape in advance of the launch of Disney and Apple’s direct-to-consumer services.”

“We are also interested,” he continued, “to see whether Netflix is seeing faster-than-expected content cost inflation as new competitors.” 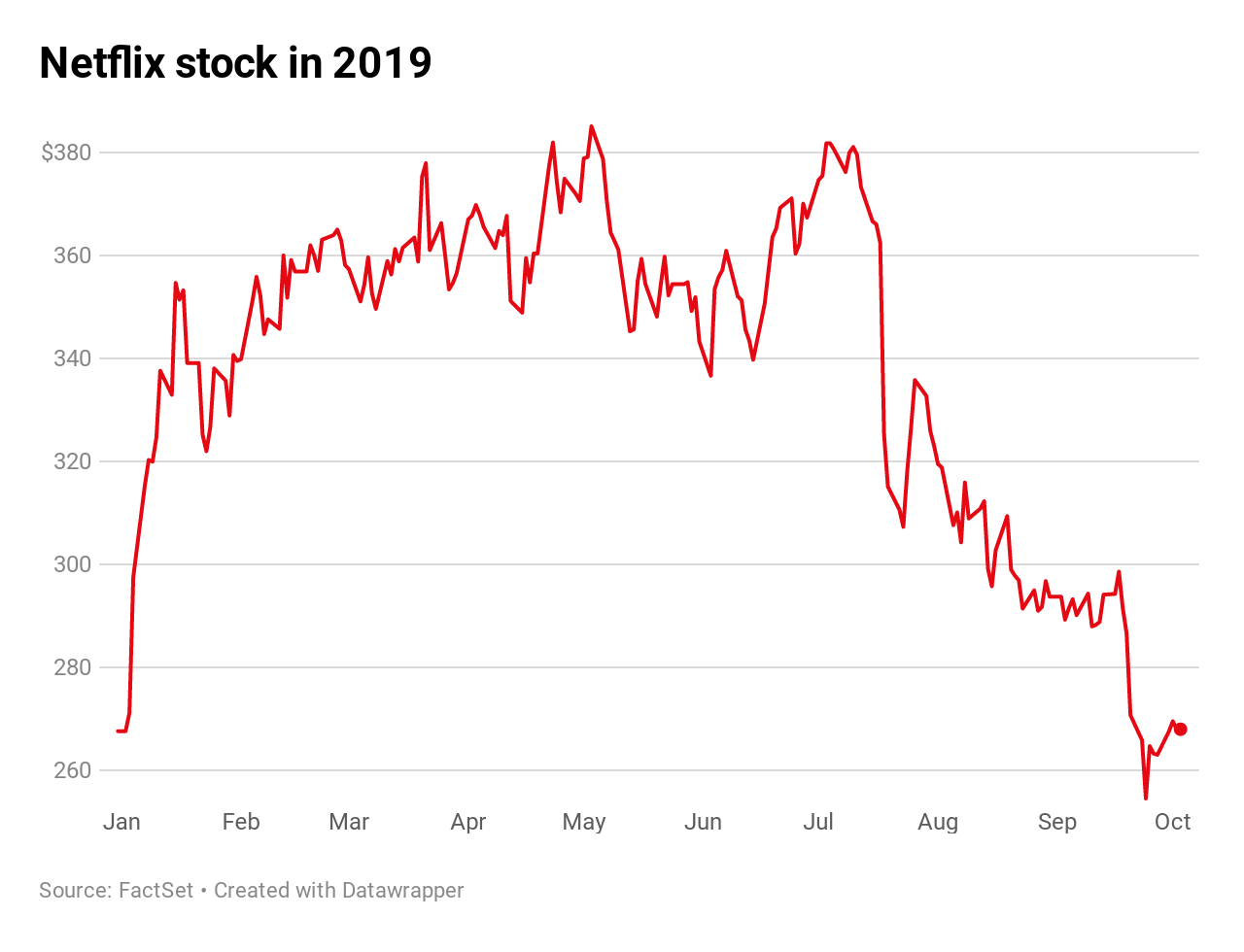 The more cautious tone from Bank of America comes on the heels of a tough summer for Netflix, which has seen the price of its stock fall nearly 30% in under three months. Stakeholders ditched their holdings in the video streaming giant in July, when Netflix’s second-quarter earnings report showed a rare loss in U.S. subscribers and a sizable miss on international additions.

Some analysts and investors have speculated that the company could be in for more pain ahead as Disney, Apple, AT&T and NBCUniversal all work toward the launch of their own over-the-top content platforms. That has lead the rival coalition to pull their own shows and films from Netflix, including NBC’s popular workplace comedy “The Office” and Disney’s swath of movies ranging from Pixar content to the “Star Wars” franchise.

And that could bolster Netflix’s financial headwinds if Netflix’s original content isn’t enough to entice those looking for one or two streaming services. Still, Schindler — who reiterated his buy rating on Netflix equity — believes the company still has time to ramp its content production while its rivals work to build up their own subscriber bases.

“Until Apple’s content library gains scale to compare to Netflix or Amazon, or it becomes bundled with other high value content, we believe the product is currently positioned as a ‘nice-to-have’ for Apple device users/buyers as opposed to a ‘must-have’ or substitute for Netflix’s large catalog,” he wrote.

Bank of America sees Netflix shares rising 67% to $450 over the next 12 months and projects revenues of $5.265 billion in the third quarter. It estimates total U.S. subscribers of 62.5 million, and international streaming subscriptions of 102.7 million.

Disclosure: NBCUniversal is the parent company of CNBC.