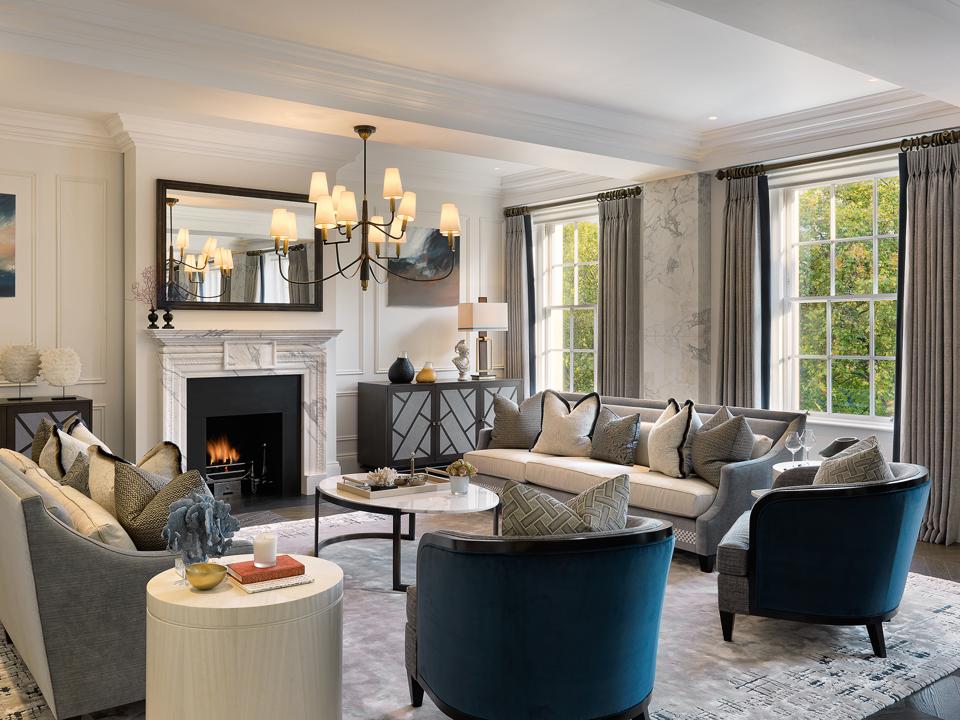 The recently refurbished apartment at 18 Grosvenor Square in the West End provides 3,541 sq ft of space.

A sale for its quoting price would reflect £5,295 per sq ft, making it one of the priciest homes in the prestigious square.

“With its iconic address and garden square views this expansive Mayfair residence at 18 Grosvenor Square is the finest newly refurbished apartment in Grosvenor Square,” said Peter Wetherell, chief executive of Wetherell, which is handling the sale.

“It is here that aviation pioneer Sir Frederick Handley Page lived and entertained for almost two decades with guests including war heroes, captains of industry, Royalty and American tycoon Howard Hughes. This is an exceptional trophy property, which would serve as an excellent long-term investment and main London residence.”

Handley Page (1885-1962), who is remembered on the building’s façade by an English Heritage Blue Plaque, was an aircraft designer and manufacturer pioneer.

Known as “the father of the heavy bomber”, Page founded his firm, Hadley Page Limited, in 1909 – the first UK’s public company to build aircraft. It designed and built, among others, the Handley Page 0/400 and Halifax bombers.

At 18 Grosvenor Square in 1959, Page received Howard Hughes to discuss a sale of the company to the American magnate’s Hughes Aircraft Company but despite hours of negotiations a sale was not agreed.

Page was knighted in 1942 by King George VI for his contributions to the First and Second World War.

Robots could surpass workers at Amazon by 2030, Cathie Wood says
Inside The California Mansion Where Harry And Meghan Filmed Their Netflix Documentary
Here’s where mainland Chinese traveled overseas for the Lunar New Year
A Conversation With Designer Katie Kime
Almost half of Americans think we’re already in a recession. Here’s how to prepare if they’re right