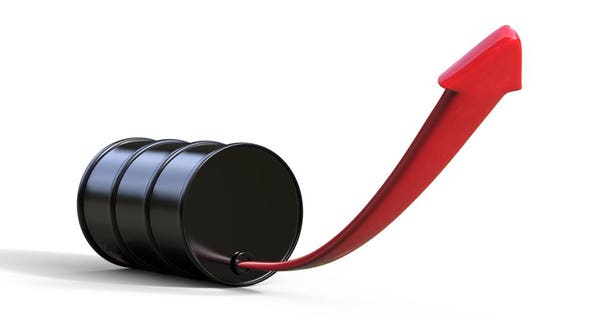 That’s according to Athens-based oil analyst Theophanis Matsopoulos. For the oil market, Matsopoulos sees disruption in oil supplies and rising tensions between Saudi Arabia and Israel on the one side and Iran on the other.

For several years, Saudi Arabia and Iran have been engaged in proxy wars that had little impact on oil prices. For a good reason: they didn’t want to cause any disruptions in the flow of oil from the Persian Gulf. Besides, Washington has been the de facto guarantor of the free flow of oil from the Gulf to its Asian and European allies.

The Saturday attack may change the situation.

“First, state of the art weapons are in Houthi’s hands which can cause devastating damage to any kind of infrastructure, especially those related to energy supply,” says Matsopoulos.

That adds uncertainty to middle east oil supplies, which have already been strained by sanctions imposed by America on Iran.

“Second, the political temperature has hit extremely high levels,” he adds. “The Saudi Arabian government strongly believes that Iran is financing Yemen’s terrorists to buy this kind of drone. And at the same time Israel is seriously afraid that its defense might not be able to neutralize similar attacks within its soil.”

That raises the potential of further escalation of conflict between Saudi Arabia and Israel on the one side and Iran on the other. Perhaps with the blessings of America, which stands to benefit from such a conflict.

“The USA would give a green light since KSA and Israel could push hard their common enemy and simultaneously domestic production via frackers would see their profitability skyrocketing,” says Matsopoulos.

Thanks to the fracking revolution, America is now the largest oil producer in the world. This means that American frackers would have to pump oil as fast as they can at higher prices to make up any Middle East supply shortfall to America’s allies.

That’s why Washington may do little if anything to stop a direct war between the two old adversaries. And Russia may go along with this scenario, as higher oil prices will benefit its own oil producers.

Meanwhile, Saturday’s attack will be a mixed blessing for ARAMCO’s upcoming IPO.

On the one hand, it will certainly push oil prices higher and therefore make ARAMCO a more valuable company. “The combination of the mentioned above will in the short turn push upwards the crude’s price, but in case a serious military response of KSA and possibly Israel take place, we could face 3-digit oil price, much higher than 100usd per barrel,” says Matsopoulos.

On the other hand, the attack could change the way markets view ARAMCO. “Even if the crude oil prices’ start rising due to such tension in this critical choke point disruption ofARMACO’s oil supply can categorize this investment as extremely risky in an unprecedented global environment.”

And that can make ARAMCO a less valuable company.