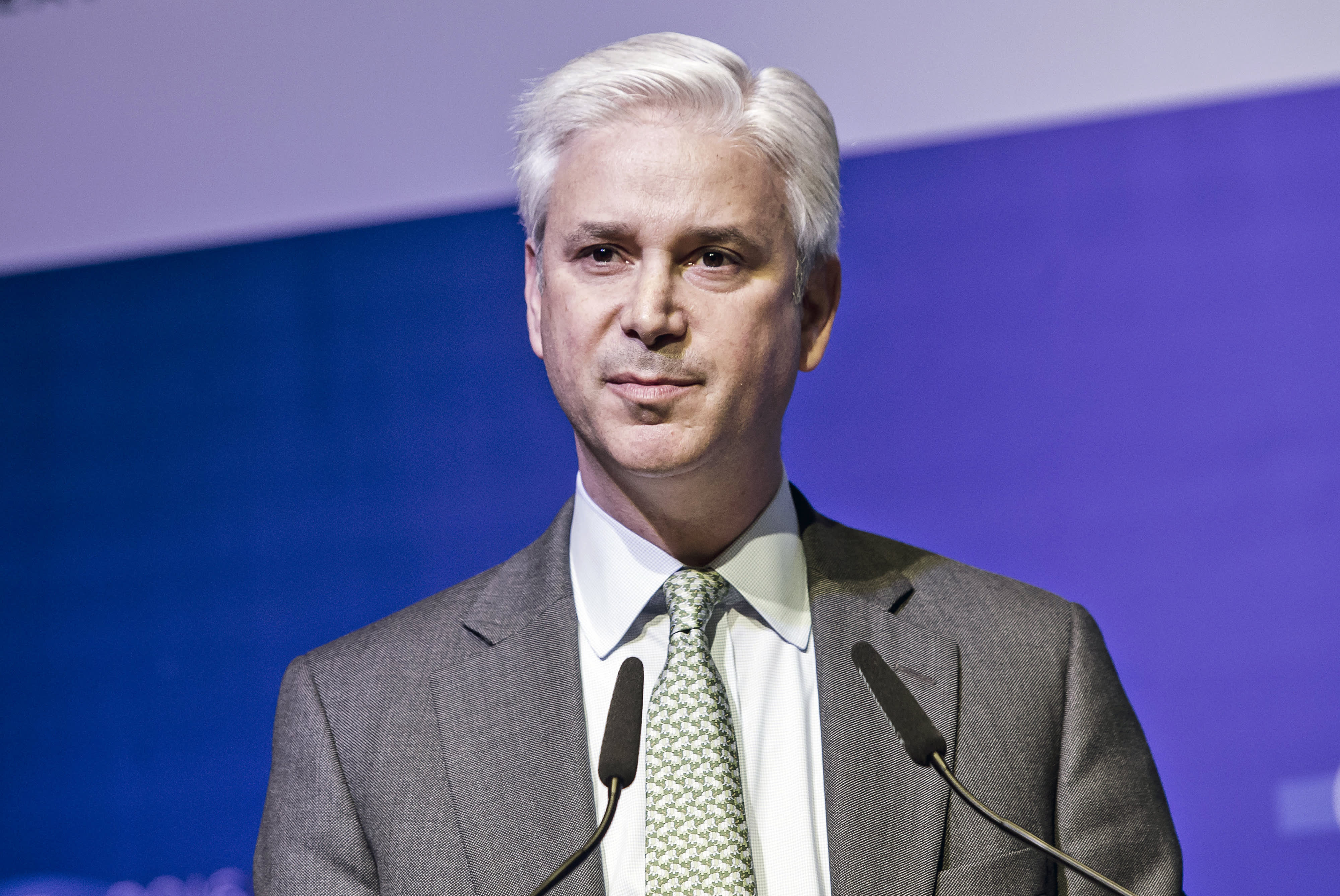 Three decades before Charlie Scharf was named CEO of Wells Fargo, he got his start by mailing his resume to an up-and-coming banker named Jamie Dimon.

Scharf was a senior at Johns Hopkins University when Dimon hired him at Baltimore lender Commercial Credit. That move proved pivotal for Scharf: He quickly became Dimon’s right hand man and followed him for the next 25 years in a series of roles at institutions that reshaped the U.S. banking landscape.

“I was younger than almost everybody else by 20 years,” Scharf, 54, told the alumni magazine of NYU Stern’s business school. “That helped me mature in business faster.”

Now, Scharf becomes the first of Dimon’s proteges to take over a direct competitor to J.P. Morgan Chase, the U.S. financial services giant and the world’s most valuable bank by market capitalization. J.P. Morgan has been called a training school for CEOs as Dimon’s deputies have gone on to lead vendors including First Data or European banks such as Barclays or Standard Chartered.

Scharf himself was part of that trend, leaving J.P. Morgan in 2012 to become CEO of credit-card network Visa. He reportedly tired of commuting from New York to San Francisco for that job, and became CEO of custodian firm Bank of New York Mellon in 2017.

Cleaning up a mess

Scharf now has the biggest challenge of his career: As head of Wells Fargo starting next month, he will be tasked with restoring credibility with customers, employees and regulators after the bank’s fake accounts scandal claimed his predecessor, Tim Sloan, and Sloan’s predecessor, John Stumpf.

During his tenure, Sloan had replaced managers, revamped sales practices and launched an apologetic ad campaign, but he was blamed for moving too slowly as other abuses came to light. Wells Fargo became hobbled under a rare Federal Reserve restriction that capped its asset growth, and critics including Sen. Elizabeth Warren and Rep. Maxine Waters piled on.

“Just to reiterate the obvious: We know we have a series of regulatory issues that we need to complete the work on,” Scharf said Friday during a conference call. “That is really the first priority, and we’re going to make sure we don’t miss a beat on that.”

He gave few other clues as to his approach but added that, like when he joined Visa and Bank of New York Mellon, he was eager to meet his organization.

“In my experience, good business is all about stepping back, asking questions, and accumulating the expertise to make the best decisions, whether those are business decisions or people decisions,” he said in the NYU Stern profile.

Ultimately, Scharf may decide to appoint his own direct reports in key roles like chief financial officer, as is typical when a new CEO is named.

To add to his challenges, Scharf, a low-key executive who enjoys woodworking in his spare time, will be going head to head with Dimon and Bank of America‘s Brian Moynihan as the U.S. megabanks tussle over deposits amid the larger push to digitize financial services and fend off technology giants.

Dimon, the mentor turned rival, seemed pleased that his former protege had made it to the big leagues.

“Charlie is an excellent choice,” Dimon said in a statement. “He has great experience, and high character. He is a first class leader.”

Home Prices Finally Cooling Off? Market Slows In April, But Demand Remains High Despite Rising Mortgage Rates
California plans to send millions of ‘inflation relief’ payments of up to $1,050. Here’s what we know about whether other states will follow
Overturning Roe v. Wade could have long-term financial impacts on people who are denied abortions, research shows
FCC authorizes SpaceX to provide mobile Starlink internet service to boats, planes and trucks
Stocks making the biggest moves midday: Micron, Kohl’s, Meta Platforms and more