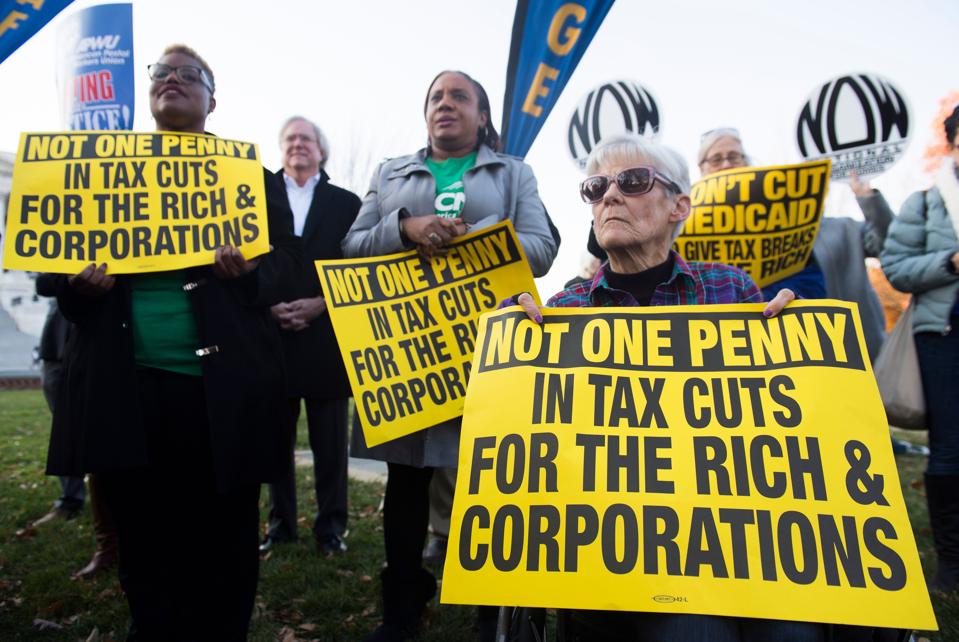 Economists Emmanuel Saez and Gabriel Zucman of the University of California at Berkeley have a new book that has generated an enormous amount of attention. One key conclusion: The richest 400 families in the US paid an average effective tax rate of 23 percent in 2018, while the bottom half of US households paid 24.2 percent of their income in taxes. For a geeky bit of tax data, their conclusion has produced a storm of tweets and some eye-popping headlines:

“The Rich Really Do Pay Lower Taxes Than You” The New York Times, October 6, 2019

“For the first time in history, U.S. billionaires paid a lower tax rate than the working class last year” The Washington Post, October 8, 2019

But are the Berkeley profs right or is this just hype? The answer is by no means straightforward. It depends on what you are measuring and how you are doing it. And the choices Saez and Zucman have made were necessarily arbitrary and more than a little controversial.

Start with what they are measuring. They say they are looking at all US taxes (including state and local taxes, federal individual and corporate income taxes, payroll taxes, estate taxes, and excise taxes) for 2018.

That brings us to the first problem: There are no official tax data for 2018 (millions of people still are filing their returns). So Saez and Zucman built their analysis on older data and extrapolated to 2018. But because the 2017 Tax Cuts and Jobs Act (TCJA) fundamentally changed the individual and corporate income tax codes, that is no easy feat.

Then there is the matter of what they were measuring. While Saez and Zucman used an extremely broad definition of taxes, they left out refundable tax credits like the earned income tax credit (EITC) and the child tax credit (CTC). Thus, a worker with two children who received a refundable portion of their CTC of $2,800 (the maximum allowed) would look like they paid zero federal income tax when they really paid a negative tax. The $2,800 tax benefit would not appear in their distributional analysis, making this family’s total effective tax rate appear much higher than if the refundable credits were included (remember, lower-income households probably are paying payroll taxes and state and local taxes).

Zucman has argued elsewhere that the refundable portion of these tax credits really is spending and should be excluded from any tax analysis. There is no difference, he suggests, between the EITC and, say SNAP (food stamps).

How TPC does it

But there is a difference. The EITC and CTC are part of the federal income tax code. They are administered by the IRS. Yes, they feel in many ways like spending. But they were created to help offset the burden of payroll taxes and should be treated like taxes for the purposes of distributional analysis.

State and local taxes are less progressive than federal taxes, and some are regressive. State income tax rates, for example, often top out at very low levels of income. And everyone pays the same sales tax rate, though low income people spend a larger share of their income than higher-income consumers, and often for goods that are more likely to be taxable.

In 2018, the Institute on Taxation and Economic Policy (ITEP) calculated the average effective tax rate for the lowest income 20 percent of households was 11.4 percent while the next 20 percent paid an average effective rate of 10.1 percent. ITEP used the 2018 tax law (including the TCJA) but based its analysis on 2015 state economic data.  It also included only taxpayers under age 65.

Because they are calculated differently, you can’t just add TPC numbers and ITEPs. And even if you could, you couldn’t quite compare them to Seaz and Zucman. But as very rough measures, the two sets of estimates suggest that average effective rates for low- and moderate-income households are far lower than Saez and Zucman figure.

The professors’ estimates for the very highest income households raise other questions. For example, who are these people? Forbes magazine has a list of the richest 400. The IRS used to do its own estimates of tax liability of households with the very highest incomes, but  stopped reporting on its Top 400 back in 2016. And when the “n” of what you are measuring is just 400 out of 150 million taxpayers, errors can compound fast.

Those older IRS data (they were from 2014) do show that effective income tax rates flattened for the highest income filers, largely because tax rates on capital gains and dividends—where they make most of their income— are lower than rates on wages and salaries.

Arguments about methodology shouldn’t mask Saez’s and Zucman’s bigger point: Incomes of the very rich are rising faster than for all other income groups. And the TCJA cut the taxes of high earners by more on average than for low- and moderate-income households, as a share of after-tax income. But that doesn’t mean that “billionaires paid a lower tax rate than the working class.”