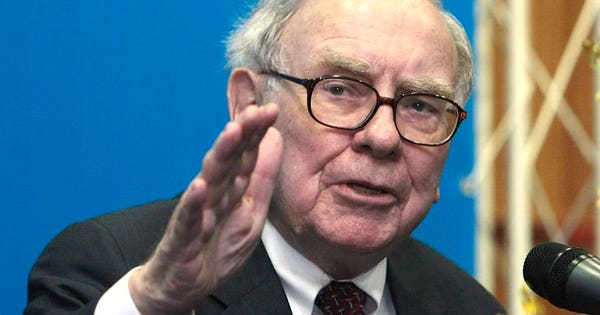 Editor’s Note: The original version of this article was published in the October 2019 issue of Forbes Real Estate Investor.

A common mistake investors and analysts can make is to assume that companies in a peer group are highly similar. This can be especially true in the net lease area.

After all, net lease companies aren’t real estate companies in the purest sense. They don’t entitle or develop properties. They’re not focused solely on limited geographic footprints. And they are more leanly staffed, with no need for on-site property management personnel.

The thought is that these corporate entities are often in the business of buying properties and going from deal to deal.

In May 2011, after leading two successful prior net lease companies, CEO Chris Volk – together with Mary Fedewa, Cathy Long, Michael Bennett and Michael Zieg – opened the doors of a new REIT called Store Capital (STOR). One of their primary goals in this was to establish five strategies. And, sure enough, they’ve adhered to those ever since. Starting with this one…

First and foremost, Store’s investment strategy is restricted to profit center assets or “single tenant operational real estate.” That’s the inspiration for its name: STORE. The essentiality of profit center assets is simpler to gauge because of the availability of unit-level profit and loss statements that support net lease contract seniority over most other corporate obligations.

The third strategy is to focus its investment origination efforts on middle-market and larger companies that are bank-dependent. For those types of businesses, real estate net lease contracts are debt and equity substitutes, making net lease decisions more optional.

Store’s fourth pillar is to try to restrict investments to assets that meet one or more of the following qualifications:

And fifth, Store compiles a highly granular investment portfolio. It looks to have as little investment correlation as possible in order to target aggregate investment-grade performance.

It’s been almost five years since Store went public in November 2014. Since that time, it’s increased its dividend per share by a sector-leading 40%. And it’s delivered a total average annual rate of return of nearly 20%.

At the same time, the company has raised its dividend protection by lowering its payout ratio. That combination is no doubt part of why it now counts luminary names like Berkshire Hathaway, Fidelity and Wellington among its shareholders.

A Store of Consistency

Store Capital’s adherence to its investment approach has resulted in impressive origination consistency.

With average originated property lease terms ranging from 15 to 20 years, over the past eight quarters, it’s generally maintained new investment primary lease terms between 16 and 20 years.

Consistent newly originated lease terms are one byproduct of a direct origination strategy. So are longer lease terms, which has helped Store maintain its peer group primary lease length leadership position. Given concerns of a potential recession, longer lease terms will be more defensive.

One way to look at companies’ ability to grow this way is through the amount of lease intangibles capitalized on their balance sheets. Lease intangibles result from investments in property that are acquired – subject to an existing lease and amortized over the primary term of that lease.

And Store’s lease intangibles are among the lowest of net lease market participants.

Over the past eight quarters, its direct origination platform has delivered… with an investment average of more than $130 million a month and average transaction sizes of just under $10 million – together with an impressive number of transactions, averaging more than 40. This consistency lets it maintain the highest level of portfolio diversity within our universe of net lease participants.

When Store went public, it stated a leverage target of 6X-7X funded debt-to-EBITDA (earnings before interest, taxes, depreciation, and amortization). That and a single BBB- investment-grade rating.

Early in its history, it relied on its A+ rated secured borrowing conduit for term borrowings. That involved the creation of a highly flexible, 70% leveraged real estate master trust – a structure pioneered by Chris Volk in 2005 and copied by a number of its competitors since then.

Store Capital continues to use this asset-backed financing tool, believing in the importance of borrowing source diversity.

In October 2018, it issued its first AAA-rated master funding notes to a leverage of 45%… with 25% additional notes to an A+ rating to equal the 70% overall conduit leverage.  By the summer of 2017, it had earned BBB corporate credit ratings from all three credit rating agencies. That allowed it to start lowering its leverage target to 5.5X to 6X, where it’s been ever since.

That level of borrowing amounts to a debt-to-investment cost of approximately 40%. This means that unencumbered assets – which are now about two thirds of all the company’s assets – have the lowest leverage among the net lease peer group at around 25%.

Store continues to blend borrowing sources, currently offering the lowest cost of debt, followed by its unsecured corporate BBB-rated debt. Not only has it been consistent in its stated borrowing strategy since its public listing… but it’s among the best-laddered corporate borrowing maturities in its peer group set.

Its master trust helps maintain those relatively even maturities, permitting a wider borrowing variety. They’re also pre-payable at par for between two to three years in advance of their maturities. This offers Store added flexibility.

For the past two years, Store has done something unusual for a REIT. It’s included pages in its corporate quarterly presentation devoted to current comparative investment equity returns and compound annual market value added growth. Recently, Institutional Shareholder Services has placed increasing emphasis in realizing rate of return in excess of corporate costs of capital that contribute to MVA growth, with Store rating in the upper quartile.

Store Capital’s MVA creation has been driven foremost by the consistently high spreads achieved by its gross cap rate – defined as the cash investment yield for new investments made during the quarter, plus the accompanying annual equivalent lease escalations – over its cost of borrowings.

Notably, the company has staked out a sector-leading compound annual MVA creation. And it’s done that while not ranking near the top of the sector in terms of traded price/AFFO multiples. This illustrates that Store’s potent business model has important margins of safety that permit sector-leading shareholder value creation over a variety of traded multiples.

Ben Graham would have approved of this discipline, which may be why his protégée, Warren Buffet, has made Store Capital his singular REIT investment.

I own shares in STOR.

New York City Sellers: Should You List This Summer?
GM’s quarterly sales fall but show improvement from beginning of year
China’s Xi arrives in Hong Kong in his first trip off the mainland since the onset of the pandemic
Demand For Vacation Homes Is Now Below Pre-Pandemic Levels
The Advance Child Tax Credit: 2022 And Beyond