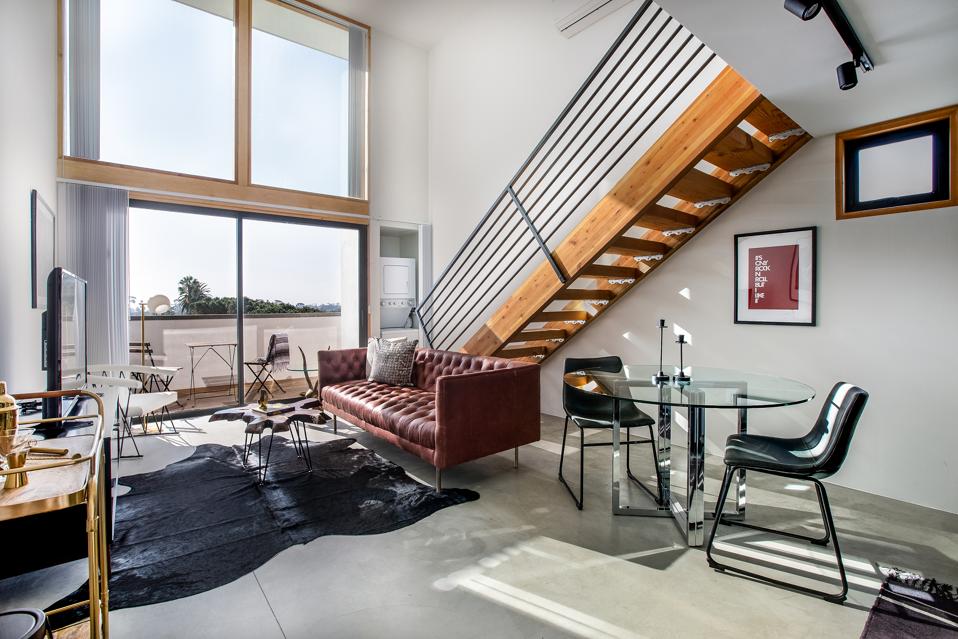 As Airbnb prepares to become a publicly traded company in 2020, the home-sharing marketplace is signaling a huge appetite for high-quality supply. It’s a move from helping everyday homeowners build small businesses to also propelling a handful of professionals to large ones. Startups have appeared with offerings ranging from a house in Denver where every item is for sale to condo towers in Miami and Austin purpose-built for home sharing.

But none have stepped up as aggressively as Airbnb-backed Lyric and competitors like Sonder and StayAlfred. These well-funded startups are opting for arbitrage, bulk leasing empty apartments at market rates and renting out units by the night—ideally for more than they’re paying.

Since January 2018, a half-dozen arbitrage startups have raised a estimated $600 million in venture capital funding. Backers include some of the biggest names in real estate like Tishman Speyer and blue-chip venture capital firms like Greylock Partners. These arbitrageurs are currently operating more than 8,500 units across dozens of U.S. cities. By the end of 2020 they expect to have more than 20,000 units. Most claim occupancy rates that match or beat local hotel industry rates.

In a recent report Cushman & Wakefield argued that short-term rentals could be the next hot real estate investment, following other niche assets like senior housing and data centers. Real estate developers, notoriously slow at adapting technology, have taken to the model as well. The report notes that adding a short-term rental component to an apartment complex diversifies a building’s customer base, reduces vacancy and can be a valuable amenity for full-time residents.

Lyric CEO and cofounder Andrew Kitchell has lived the evolution. The first rental he ever listed on Airbnb was his own bedroom in a powder-blue row house in San Francisco’s Mission District. It was 2009 and he charged $86 a night. He was publishing language guides for travelers and shared the house with up to six other young entrepreneurs who also needed extra cash to pay the rent. When hosting, Kitchell would sleep on the couch or at his girlfriend’s place. Airbnb founder Brian Chesky once stayed over, and ABC News came by to film Kitchell scrambling him eggs.

A decade later Kitchell’s Lyric lists 500 apartments on Airbnb, its own site and other short-term rental markets. The San Francisco-based startup charges an average of $220 a night for units in eight cities including Philadelphia, Chicago and, more recently, New York City. In April, Airbnb led a $160 million funding round valuing Lyric at an estimated $240 million, highlighting it as an early leader among  professional hosts.

Kitchell cofounded Lyric in 2014 with Joe Fraiman, who spent seven years at hedge fund Bridgewater Associates before starting an interior design platform in 2012 that carved a niche working with hosts. They met when Kitchell, by then running a vacation rental pricing engine, wanted Fraiman’s company to furnish apartments for his clients, but decided they could do more as a team.

“People thought very differently about the ecosystem than they do today,” says Fraiman, now Lyric’s president. “It was thought of as this niche of backpackers and bachelor parties. We both believed this was going to be the future of how people would live and travel in the world.”

Fraiman and Kitchell feel they are filling the sweet spot between the authenticity of apartment rentals and the predictability of hotels. Lyric is targeting business and other high-end travelers. They take space in luxury apartment towers and fill them with local artisanal coffee, Frette linens and interior design fit for the Instagram age. To run brand and customer experience, Lyric hired Ravi Hampole, who previously led brand design Starwood Hotels and Resorts.

“Customers are rejecting the idea that a hotel with a bed and a television is interesting,” says Kitchell. “That feels very boring and, we think, unfriendly now.”

With business travel, Lyric is chasing a hot market, but it’s not the largest professional host. That title belongs to San Francisco-based Sonder with 3,500 units. Founder and CEO Francis Davidson got his start in 2012 renting out classmates’ apartments near McGill University to travelers visiting Montreal during summer break. By 2014 he realized working directly with building owners would make it easier to scale new markets and help comply with local regulations. Sonder has also jumped ahead in the chase for investors, recently becoming the first hybrid-hotel unicorn with a valuation of $1.1 billion.

The oldest player is Stay Alfred. Founded by a military vet in 2011, the Spokane, Washington-based company has 2,800 units in 33 cities. The newest entrants are Mint House and WhyHotel, which hosts “pop-up hotels” in new apartment buildings in the Washington, D.C., area. The pop-ups operate only until enough long-term tenants have moved in for the developer to secure permanent financing. “You can make real estate more valuable by using it more efficiently,” says Jason Furdin, who started WhyHotel while heading innovation for massive real estate developer Vornado.

“Assets will move toward flexible use,” adds Furdin. “The fact that buildings are built for a single use for the next 70 years, without any level of service you can opt into, is not congruent with what consumers—especially transient renters and guests—expect from products.”

The arbitrage model has recently come under scrutiny since WeWork, which operates similarly, was forced to slash its valuation, postpone plans for an initial public offering and replace its CEO. Kitchell says for this reason Lyric expects, over time, to move to a management model, similar to the percent-of-profit fees hotel operators collect from the owners of the buildings where they are located. Davidson says Sonder makes back its build-out costs within one year—he says WeWork’s payback is six years.

“It is in no one’s interest to have buildings sit empty for the first 12 to 18 months of operations, so if we can make those projects more successful faster, developers can move on to the next one,” says Davidson.