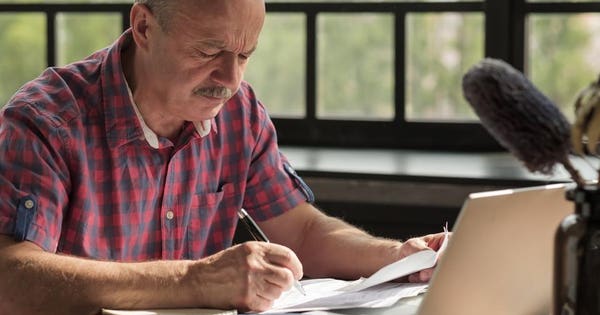 Don’t wait until late in the year to take actions in your IRA or 401(k). You might be too late.

It can take a while to analyze your choices and determine the best action to take, especially for actions with a lot of variables such as converting part of a traditional IRA to a Roth IRA. More importantly, IRA custodians often need time to take certain actions, and at the end of the year they’re inundated with requests. Many IRA custodians don’t accept requests for certain actions in the last few weeks of the year. You also might find that any tax or financial advisor you want to consult is booked through the end of the year.

You especially don’t want to be in that situation in 2019. People still are adjusting to the 2017 tax law, and the law regarding retirement plans might change again before the end of 2019. Plus, market volatility and uncertainty have increased.

Don’t wait until later in the year. There are issues you need to consider and act on now. Make your decisions and take any necessary action well before the end of the year.

Consider a conversion. Every year you should consider whether to convert all or part of a traditional IRA to a Roth IRA. The 2017 tax law changed the rules to make the decision irrevocable. Before that, you had a limited time to reverse a conversion.

There are two times to take a hard look at a conversion. One is at the end of the year. The other time is during a period of market volatility, no matter when it occurs during the year. A sharp drop in your IRA’s value makes it less expensive to convert the same assets to a Roth IRA than before the decline.

There are plenty of online calculators you can use to help you determine if a conversion makes sense.

Plan current RMDs. When you’re over age 70½, it’s time to take annual required minimum distributions (RMDs) from IRAs and most 401(k)s. Be sure you do this before December 31, which often means putting in the request with your IRA custodian well before that date. Decide whether you want to distribute cash or property. If you have multiple IRAs, you can decide which IRA or IRAs makes the distribution.

Plan for the SECURE Act and to reduce future RMDs. You can solve two problems with one set of moves.

Many people don’t need the RMDs to fund their retirement spending, because they have other assets and income sources that generate sufficient cash flow. They intend to leave the IRAs to their heirs and have the heirs benefit from the IRA over decades through a Stretch IRA.

On top of the tax issues, the SECURE Act would upset the plan to leave IRAs to heirs by eliminating the Stretch IRA. I’ve covered this bill in this post.

Fortunately, there are strategies that can increase family after-tax wealth, reduce lifetime RMDs, and create the equivalent of Stretch IRAs if the SECURE Act becomes law. Talk to your financial advisor about strategies such as emptying your IRA early, converting to a Roth IRA, using IRA distributions to buy permanent life insurance, and using an IRA to create a charitable remainder trust.

When you plan to leave part of your estate to charity, consider making the gift through an IRA by naming the charity as an IRA beneficiary. The other assets in your estate that would have gone to the charity should be left to your loved ones. The charity won’t owe taxes on the IRA distribution, but your family would if they inherited it.

One way you can avoid the penalty is to have income taxes withheld from IRA distributions made late in the year. Withheld taxes are treated as paid evenly during the year, even if the withholding was bunched late in the year. If you’re taking a large IRA distribution in the last part of the year, consider directing the custodian to withhold for income taxes enough to cover any shortfalls in your estimated taxes.

How will you pay annual fees? The 2017 tax law eliminated the miscellaneous itemized expense deduction for investment fees and expenses. So, there’s no longer the possibility of deducting IRA fees on your 1040 by paying them from non-IRA funds.

I think it’s better to pay the fees using money outside of an IRA, whether it’s a traditional or Roth IRA. That’s because the IRA is tax-advantaged. Let as much money as possible stay invested in the IRA to generate returns that compound free of income taxes. Pay your fees from non-IRA accounts.