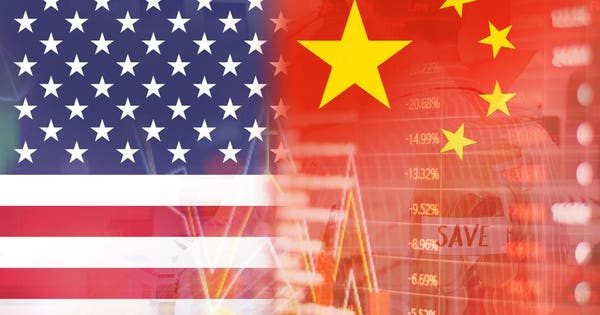 In fighting the US-China trade war, China’s political elite makes a big mistake: it assumes that China has achieved “power parity” with the US.

That’s according to a recent article published in the September issue of Current History. It argues that the growing economic interdependence between the world’s two largest economies has given China the “false impression” that it has reached power parity with the US; and that gives Chinese officials the confidence that they can reach a “win-win” deal with Washington.

“Anchoring to that relationship, in a typical Chinese analysis, is the robust economic bond that has manifested itself in two-way trade and investment worth hundreds of billions of dollars every year,” writes Professor  Xiangfeng Yang in  “The Lose-Lose Trade War.” “It supposedly bound the two countries of disparate cultures and political systems together in a manner that rendered divorce impossible for this “bickering couple,” another analogy numerous Chinese officials were prone to using.”

That’s a big mistake. “Interdependence” between an emerging economy, which is still relying on commodity exports and technology imports for its growth, and a mature developed country, it has long way to go before it turns into power parity.

A “divorce” between the two countries will have some consequences for the US, but it will be devastated for China at this point.

Still, the “interdependence” premise has led these officials to believe that China has, indeed, reached  “power parity” with the US—a premise that gave them confidence they can reach a “win-win” deal with Washington. “This economic interdependence gave many of them the false impression that China had achieved parity in power with the United States, which boosted their confidence,” he says. “The belief that a unilateral disruption of this “win-win relationship” would amount to mutual destruction in economic terms gave Beijing excessive assurance that the vagaries of Washington’s China policy won’t swing too far.”

Turn into a trade war, that is. “It is doubtful that many Chinese officials and analysts ever seriously contemplated the outbreak of a trade war, let alone prepared for it,” he adds. And that the trade war would turn into a technology and currency war, we should add. This means, that unless Beijing recognizes that it isn’t in power parity with the US, it will be hard for the two sides to reach a trade deal anytime soon.

Still, Yang believes that the trade war is a “lose-lose” situation, as it has already damaged relations between the two countries. “The feud not only has precipitated an economic decoupling of the United States and China, but also has pushed the overall bilateral relationship to its lowest point in half century,” he says.

And that makes him pessimistic about the future relations between Washington and Beijing, even if a trade deal is reached.  “Any deal will be just a temporary cease-fire in a long-lasting economic war,” he adds.