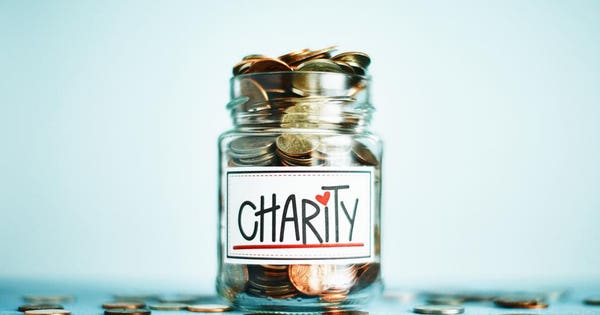 DAFs give everyone else a number of the advantages the very wealthy reaped from private foundations. DAFs have been around for many decades. Most DAFs were formed to benefit local or regional charities.

In 1991, the Fidelity Charitable Gift Fund was created as probably the first DAF that allowed universal,national giving. Other financial services firms quickly followed suit as the Fidelity DAF became popular.

A DAF is created or sponsored by a charity. Most large national DAFs are related to charitable arms of major brokerage or mutual fund firms, with the largest organized by Fidelity, Schwab, and Vanguard.

The taxpayer opens an account with the DAF and makes a contribution. The contribution qualifies for an immediate charitable contribution income tax deduction. Donations to the DAF can be made at any time and in whatever amount you want, subject to any restrictions set by the DAF.

As a donor, you have an account in your name, but you can’t get the money back. You can designate how the account is invested among choices set by the DAF. You also designate, or advise, when contributions are made to qualified charities and in what amount. There’s no minimum annual giving requirement. DAFs also are private; donations aren’t publicly-reported.

A big advantage of the DAF is you can take one large charitable deduction when it makes sense for you. You might want to make a large gift in a year when you have unusually high income, say from a bonus or from selling an asset with a large capital gain. The DAF also can be used as a tax-efficient way to dispose of an asset in which you have a large gain. Instead of selling it and incurring the long-term capital gains taxes, you can donate all or part of the investment. You receive a charitable contribution deduction equal to the current fair market value of the asset. You don’t pay taxes on the capital gain.

The DAF is more attractive now because of the changes made by the Tax Cuts and Jobs Act. Fewer people are itemizing expenses on their income tax returns. They’re taking the standard deduction instead, so they don’t receive a tax break for making charitable contributions.

Instead of making charitable contributions each year, you can bunch several years of contributions in one year by donating cash or property to a DAF. Give enough so that you’ll be able to itemize expenses that year and receive a tax benefit from the contribution.

Once the contribution is in the DAF, you can make regular donations over time from the DAF to charities as you did in the past. Or you can let the investment returns accumulate and give larger contributions in the future. You receive the deduction when you donate to the DAF, even if you don’t have the DAF give to charity until a future year.

Deductions of cash contributions generally are limited to 60% of your adjusted gross income for the year. The deduction limit for contributions of long-term capital gains property usually is 30% of AGI.

Many DAFs make giving easy. You’re provided with a checkbook you can use to write checks to charities. Or you can use the DAF’s web site to request that contributions be made.

Technically these are “donor-advised” funds, so you’re only making a recommendation to the DAF. But DAFs routinely make the recommended contributions as long as they are to IRS-approved charities.

Most donor-advised funds allow you to start with $5,000. You can choose one of the DAFs sponsored by financial services companies or seek out a DAF sponsored by a local charity, coalition of charities, national charity, or university.

You can learn many local and regional options at www.cof.org/communityfoundationlocator. (Ignore any hyphens.) DAFs sponsored by a charity or focused on a region usually require a minimum percentage of the contributions be made to the associated charities.

Of course, compare fees and expenses as well as any limits or restrictions on donations. The DAFs associated with financial services companies generally accept contributions only in cash and securities. Some DAFs sponsored by charities, however, accept many kinds of assets, including real estate, art, and limited partnerships.

You can make the DAF a family activity. Family members can gather periodically to discuss which charities should receive gifts. Or you can give each child discretion over a DAF account or a certain amount of money.

Home Prices Finally Cooling Off? Market Slows In April, But Demand Remains High Despite Rising Mortgage Rates
Job loss is a ‘reality’ of the business cycle, says labor expert. Take these 6 key steps after a layoff
Tips For Older Adults Buying A New Car In Today’s Market
Settled medical debt is now dropping off credit reports — here’s how to check your record and make sure it’s right
Op-ed: Hiring freezes have started and job losses are coming. Take these 5 steps now to get your finances ready