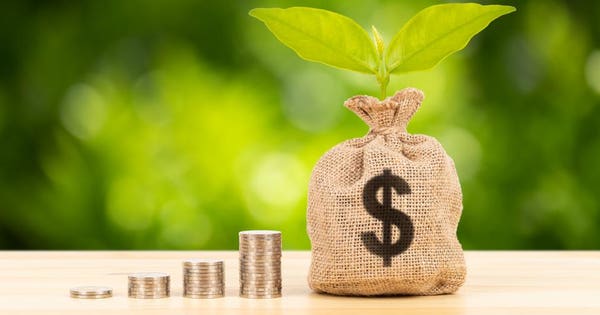 Investors planning for retirement have a significant challenge on their hands, which is to generate enough income to maintain their desired lifestyle, explains Ben Reynolds, a leading specialist on income, a contributor to MoneyShow.com and the editor of Sure Dividend.

Leaving the workforce without replacing that income could lead to a shortfall in retirement, and Social Security alone may not be enough to fill the gap. This is where dividend stocks can be extremely helpful.

The “Dividend Aristocrats” are highly attractive for investors looking to generate sustainable long-term income. The Dividend Aristocrats are a select group of stocks in the S&P 500 Index that have increased their dividends for at least 25 years in a row. With such a long streak of dividend growth, they have durable competitive advantages. They have also produced consistent growth, even in recessions, which allows them to keep raising their dividends each year.

With that in mind, income investors should take a closer look at these 7 Dividend Aristocrats for growing income that can last through retirement.

Genuine Parts Company is primarily an auto parts retailer, but it also operates industrial parts, electrical materials, and general business products businesses. It has over 3,000 stores around the world. Its flagship segment is the NAPA brand. In total, the company generates nearly $20 billion in annual sales.

In the most recent quarter, Genuine Parts produced revenue of $4.9 billion in Q2, which set a record for the company and increased 2.3% from the same quarter last year. This included 1.6% comparable sales growth and 2.7% growth from acquisitions. Growth was partially offset by a 1.5% revenue decline from unfavorable currency fluctuations.

Genuine Parts is benefiting from changing trends in the automotive industry. Consumers are keeping their cars on the road longer. As the cost of repairs increases along with a vehicle’s age, Genuine Parts is in prime position to capitalize on the trend of aging vehicles. For 2019, Genuine Parts expects ~5% sales growth this year and adjusted EPS of $5.65 to $5.75.

The company’s consistent profitability has fueled its impressive dividend history. Genuine Parts has paid a dividend every year since it went public in 1948, and has increased its dividend for 63 consecutive years. It has a current dividend yield of 3.1%, which means it is a suitable pick for investors desiring a mix of dividend yield and growth.

Johnson & Johnson is a diversified conglomerate with pharmaceutical, medical devices, and consumer health businesses. The company has a market cap of $350 billion, with annual sales in excess of $81 billion.

This is a challenging period for Johnson & Johnson. The company has more than 12,000 product liability lawsuits related to its baby powder. In addition, the
is pursuing a criminal investigation against Johnson & Johnson for allegedly misleading the public about the possible cancer risks of its talcum powder products.

These negative events have weighed on Johnson & Johnson stock over the past year, but the company continues to report strong results. For the most recent quarter, adjusted EPS increased 23% year-over-year. Revenue, adjusted for currency and divestments, increased 1.6% last quarter. Growth was broad-based for the company, as adjusted operational revenue in pharmaceuticals increased by 4.4%, while consumer devices increased 3.2% and consumer sales rose 2.3%.

It is possible, and perhaps likely, that Johnson & Johnson will face significant financial penalties from the many lawsuits it is facing. But it is not likely that its long-term business model will be impaired. Even with lingering legal issues, Johnson & Johnson expects strong EPS of $8.58 for 2019.

With a nearly 3% yield, the headline risk facing Johnson & Johnson could simply be a buying opportunity for long-term dividend growth investors.

AT&T is the largest communications company in the world. It provides mobile, broadband, video and other communications services to more than 100 million U.S. consumers and more than 3 million businesses. It also owns WarnerMedia, which includes Turner networks, HBO and Warner Bros. The stock has a market cap above $240 billion, with over $170 billion in revenue last year.

In the most recent quarter, the company generated $45.0 billion in revenue, up 15% from the year-ago quarter. Growth was primarily driven by the
acquisition. Declines in AT&T’s legacy wireline services and domestic and wireless video equipment were more than offset by the addition of WarnerMedia and improvement in the domestic wireless services. For the quarter, adjusted EPS declined 2%. AT&T reiterated its expectation for low single-digit adjusted EPS growth for the full year.

AT&T can continue to raise its dividend each year. AT&T has a proven history of dividend growth, with over 30 years of annual dividend increases. AT&T stock has a highly attractive 5.5% current yield. And, the company has taken steps to reduce its debt to improve its balance sheet, and dividend coverage.

AT&T maintained its guidance for a dividend payout ratio below 60% in 2019, and an end-of-year net debt to adjusted EBITDA ratio in the 2.5x range. As of the most recent report, net debt stood at $162 billion, down from $180 billion when the Time Warner merger closed last year. Further debt repayment will ease the financial burden on AT&T, leaving more cash flow left over for dividends.

In the most recent quarter, reported revenues of $16.3 billion declined 4.5% from the same quarter last year. Profitability was negatively impacted by adverse weather, such as flooding in the Midwest. The company also faced an unfavorable comparison, as 2018 was a year of strong EPS growth. Overall, adjusted earnings-per-share declined 41% for the quarter.

The long-term growth prospects remain intact for Archer Daniels Midland. First, the company completed the acquisition of the leading European citrus flavor provider, Ziegler Group. This will help position the company as a global leader in the growing natural citrus ingredients market. The company also opened an upgraded nutrition flavor research and customer center in Beijing, which will significantly expand its capabilities in Asia.

The company expects that these actions should deliver stronger results in the second half of the year and beyond. In the meantime, Archer Daniels Midland stock has a 3.5% dividend yield, along with over 30 years of dividend increases.

Archer Daniels Midland is a recession-resistant business. After all, everybody has to eat, and that simple fact keeps demand relatively stable from year to year. The company’s leading position in the agriculture industry has helped it earn its place on the list of Dividend Aristocrats.

The big 3 pharmaceutical distributors have reportedly proposed paying $10 billion to settle claims regarding their role in the opioid epidemic, while the National Association of Attorney Generals countered with $45 billion. Litigation issues are a lingering uncertainty, but the company still has positive long-term growth potential.

Cardinal Health’s primary growth catalyst is the aging U.S. population. Rising life expectancies and a very large population of Baby Boomers mean demand for healthcare products should only grow in the U.S. over the next several years. Cardinal Health serves over 24,000 pharmacies and more than 85% of hospitals in the U.S.

The pharmaceutical distribution industry is challenged right now, but we still view Cardinal Health positively. With a 4.1% dividend yield, and over 30 years of consecutive dividend increases, Cardinal Health stock has high appeal for income investors.

Caterpillar is a recent addition to the Dividend Aristocrats, joining the list earlier this year when it raised its dividend for the 25th consecutive year. Caterpillar manufactures heavy machinery used primarily in the construction and mining industries. The company also manufactures ancillary industrial products such as diesel engines and gas turbines.

Caterpillar is benefiting from the steady expansion of the global economy, and in particular the U.S. housing and construction markets. In the most recent  quarter, revenue of $14.4 billion increased 3% from the prior year’s quarter. Growth was driven by an 11% increase in Resource Industries and a 5% increase in Construction Industries sales.

For 2019, Caterpillar expects adjusted EPS in a range of $12.06 to $13.06. At the midpoint, Caterpillar has an expected full-year dividend payout ratio of 33%, implying that the dividend is sustainable. Future dividend increases are likely, as the company has a strong growth outlook.

Construction continues to expand in the U.S., China and other key markets around the globe. Another growth catalyst is services. Caterpillar expects to double services sales to $28 billion by 2026 along with higher adjusted operating margins, which should lead to positive earnings growth. As long as the U.S. does not enter a deep recession, which would negatively impact Caterpillar, the company should continue to generate long-term growth.

Walgreens Boots Alliance is a pharmacy retailer with over 18,000 stores in 11 countries. It has increased its dividend for 44 consecutive years. Walgreens has hit a rough patch lately, having been caught up in the downturn facing the broader retail industry.

Online competitors are steadily taking business from brick-and-mortar retailers, and pharmacy is not immune. For example,
’s purchase of PillPack for nearly $1 billion gives the e-commerce giant a potential entry into the pharmacy industry.

This has held back Walgreens’ growth in recent periods. Adjusted EPS declined 4% in the most recent quarter. However, Walgreens generated currency-neutral revenue growth of 2.9% for the period, thanks to 7.3% growth in its retail pharmacy business.

Investors should not be concerned with the short-term trends, as the long-term picture remains positive for Walgreens. Its huge store count and convenient locations encourage consumers to use Walgreens instead of its competitors. Plus, Walgreens will benefit from the aging U.S. population, which should lead to higher demand for pharmacy products.

Pharmacy retail will benefit over the long-term, from the aging U.S. population. In the meantime, Walgreens has an attractive 3.4% dividend yield. With a forward payout ratio of 30%, Walgreens’ dividend is sustainable, with room for continued increases each year.

Interest rates are falling once again, due to the recent rate cuts by the Federal Reserve. With the U.S. stock markets sitting near record highs, investors could have a more difficult time finding suitable levels of income.

The average dividend yield of the S&P 500 Index is currently just 2%, but investors can find much higher yields from high-quality dividend growth stocks. The seven Dividend Aristocrats on this list have above-average dividend yields, and the ability to grow their dividends each year.