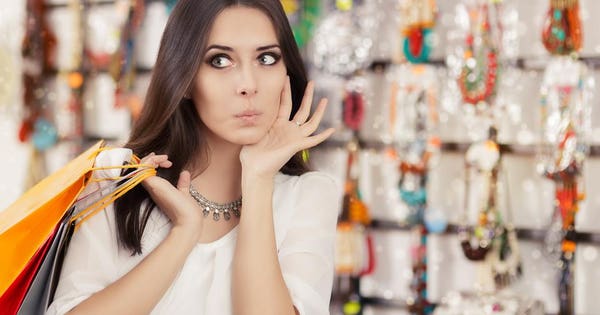 Retail is dying! The retail apocalypse is here!

I’ve got to admit that, sometimes, the media sources and newscasters talking about retail remind me of street-corner preachers. Not the nice individuals who politely try to engage people around them.

I mean the flat-out obsessed ones holding up signs that read “The end is neer!” Misspelling and all.

I don’t want to get too far into speculating about the psychology behind this reporting. But it might be valid to briefly quote a Scientific American blog post from 2012.

That was back when a different apocalypse was looming, prompting Daisy Yuhas to pen the following paragraphs:

December 21, according to much-hyped misreadings of the Mayan calendar, will mark the end of the world. It’s not the first “end is nigh” proclamation – and it’s unlikely to be the last. That’s because, deep down for various reasons, there’s something appealing – at least to some of us – about the end of the world…

But why would anyone enjoy kindling this fearful response? [University of Minnesota neuroscientist Shmuel] Lissek suspects that some apocalyptic believers find the idea that the end is nigh to be validating. Individuals with a history of traumatic experiences, for example, may be fatalistic. For these people, finding a group of like-minded fatalists is reassuring. There may also be comfort in being able to attribute doom to some larger cosmic order – such as an ancient Mayan prophecy. This kind of mythology removes any sense of individual responsibility.

Those could all factor into the retail hysteria happening right now, particularly the validation aspect. So could an all-consuming desire for clicks and other online engagement, money-making or otherwise.

However, since my focus is on you making money, let’s discuss the retail reality like rational adults.

Let’s be blunt: The retail reality right now isn’t rosy for many companies. And it hasn’t been for a few years.

In 2017, big-name operators like The Limited… and H. H. Greg… and Radio Shack… and Gymboree… and Alfred Angelo… and and Toys’R’Us all had to admit abject failure.

In 2018, it was Bon-Ton, Brookstone, Nine West, Rockport, and Sears. And so far this year, the steady stream of store updates has seemed just as nasty.

The latest headline – courtesy of Yahoo! Finance – is that mall staple “Forever 21 will probably go bankrupt and disappear” before we know it.

That’s all newsworthy information, to be sure. But so is the far-less talked-about headline (also courtesy of Yahoo!) that “More Retailers Are Opening Stores Than Closing Them in 2019 – and It’s Not Even Close.”

Here’s how that latter article opens:

Is the retail apocalypse over? A new report points in that direction.

In 2019, five retail stores open for every one that closes, according to a study released this week by global research and advisory firm IHL Group.

Meanwhile, store shutdowns were concentrated among a small number of retailers, with 20 companies accounting for 75% of all net closings in 2019. Bankrupt Payless alone represents more than one-fourth of all downsizing, with 2,354 closures.

Looked at in that reality-based light, it seems that brick-and-mortar-based retail isn’t dying. It’s merely experiencing an evolutionary moment… where only the fittest will survive.

Retailers these days have to rely on something substantial. They have to offer something of value to their customers instead of taking those customers for granted.

Then there’s the mall, shopping center, and gaming REITs – real estate investment trusts – that rely on foot traffic to make their money. They’re in the same evolutionary waters, where it’s sink or swim.

With that said, I’m happy to report that some of them are swimming just fine by going the experiential route. And by “experiential,” I mean offering customers a hands-on experience they won’t want to miss.

Self-described as “one of the country’s largest owners of gaming, hospitality, and entertainment destinations,” its “geographically diverse portfolio includes 22 market-leading gaming properties, including the world-renowned Caesars Palace, and four championship golf courses.”

In its August 2019 investor presentation, it proudly hailed itself as “the next generation experiential real estate company.”

Already a pro at putting on a performance, it’s looking into establishing more “potential non-gaming external growth opportunities. These include:

There’s big business in making customers feel welcome and engaged, and VICI is out to dominate that appeal.

Tanger Oulets Shows Us What It’s Got

With a strategic and aggressive combination of media, direct mail, digital and experiential programming, we successfully continue to optimize the mix of how we reach our consumers. Digital… [is] certainly a key element of that, and we are able to use data to provide increasingly relevant and timely messages to drive shopping visits. Providing fun and engaging events for our shoppers continues to be very successful. In particular, we have drawn customers to our centers with more than 200 experiential events during the first six months of the year during key holidays and beyond, including block parties, festivals, food trucks, and many more.

Apparently those prospects are going well. So well, in fact that, that he went and personally purchased an additional 10,000 shares of Tanger stock shortly after.

Simon’s Not Afraid of the Big, Bad Retail Apocalypse

Meanwhile, Tanger’s competitor Simon Property Group (SPG) is actually generating record levels of both earnings and cash flow… no matter what its poor stock performance might indicate. That’s just due to people buying into the retail apocalypse hype.

In reality, as CEO David Simon said, “People have been trying to kill off the malls for 50, 60 years, right?” Yet Simon still stands.

Motley Fool writer Luis Sanchez notes that the secret to its success “probably has something to do with the types of properties it operates – primarily upscale malls and retail outlet centers.” These, he argues, offer better foot traffic, restaurants, bars, and other amenities that keep people coming back for more.

That’s an accurate assertion as evidenced by the CEO’s statements last year, which he’s since been making good on:

We’re a company of experiences and therefore perfectly positioned to capture the hearts, minds, and imaginations of our shoppers with new, exciting, and dynamic ways to live, work, play, stay, and shop at Simon.”

Who’s afraid of the retail apocalypse? Certainly not Simon.

Last but not least on this list is EPR Properties (EPR). Another classified retail REIT, it’s offering a whole lot more than shopping these days.

For instance, at its Columbia, Maryland mall – which, incidentally, is set in an extremely affluent area – has long-since offered an AMC movie theatre. It’s also got an enormous Cheesecake Factory to tempt anyone with either a sweet or savory tooth.

All are welcome there.

But then, back in 2014, it began making deals with TopGolf International Inc., which aims to attract as wide an array of would-be golfers as possible. And it’s hardly slowed down since. Three years later, it purchased 12 theme and water parks as operated by Premiere Parks.

All told, this business is about as experiential as it can get, offering every bit as much of food and fun as it does shopping. Like any other entertainment-based business, it’s hardly recession-proof.

But what matters is that it knows how to handle itself in good times and bad times alike. So this REIT, retail and all?

I own shares in VICI, SPG, and SKT.

Forget the Eiffel Tower. Here’s where the French travel in France
Stock futures slip after the S&P 500’s worst first half since 1970
Private Agencies No Longer Authorized To Collect IRS Debt For Certain Taxpayer Accounts
Wall Street layoffs likely ahead as two-year hiring boom turns to bust
Demand For Vacation Homes Is Now Below Pre-Pandemic Levels